We started our day by packing up and saying goodbye to Lamonthe House. It was okay but I wouldn’t rush back to stay there. This was the courtyard outside our room and the pool in the background: 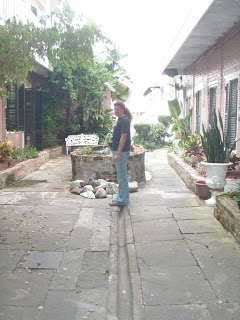 Our friend Four who we know from Newman College but who is originally from Alabama came and picked us up and took us out to lunch. Four is just full of knowlegdge about, well, most things, and having lived in New Orleans for a few years, he was able to give us a great tour of the town. He took us through some very swanky neighbourhoods, past the round church (so the devil can’t corner you), and out to a landmark New Orleans Eatery: 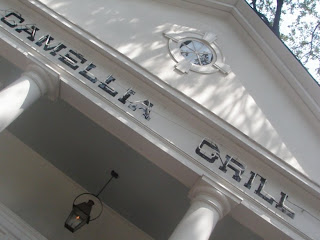 It was so cool!

And the food was SO GOOD. Not crazy big servings which was good. Just cheap and really delicious. We had to wait in line for half an hour or so to get in there, but it was totally worth the wait! 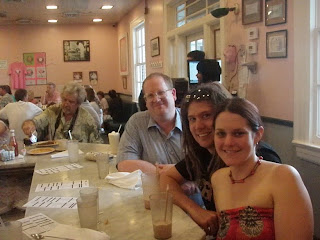 After lunch, Four took us for a drive around the Ninth Ward and other Katrina-affected areas. It was pretty sad but I was actually really impressed with all the work that had been done in the last few years. Nothing like what I was expecting after the things I’d heard. I won’t go into too much detail, but things are looking up for the city, and it’s previous occupants are slowly moving back and starting again.

One of the levies 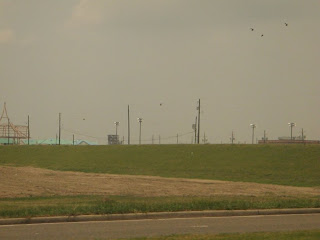 An abandoned house with markings on it 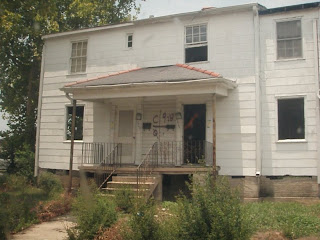 The temporary trailers supplied by the government for people to live in while they rebuild. Some of them are still there. 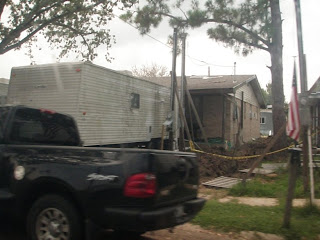 A lot of the cars that were abandoned/wrecked during the floods. There were hundreds of them. 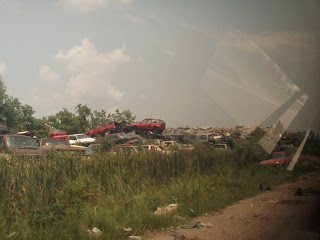 So yeah, still a lot to be done, but New Orleans is still thriving and is a great place to visit! We were really fortunate to have Four show us around, as it gave us a real insight to the city, the people, and the history. Thanks Four!

We hit the road for Alabama around 3pm, but mostly had the roof up as it was looking pretty bleak. Lucky too, as we got caught in a torrential downpour!

I don’t think I’ve ever experienced rain like that! We had to pull over cos we just couldn’t see in front of us. Funnily enough, a few miles ahead, the road was dry!! So weird! We didn’t really know where we were staying that night – we thought we’d play it by ear. We rocked up at Tuscaloosa and thought it was as good a place as any so, for some unknown stupid reason, we chose the Motel 6 just off the highway. There were a few hotels in the vicinity and we did actually go in to them and check them out, but Motel 6 was the only one with a laundry and, well, I had to do the washing that night. So we booked in. Whyyyyyyyyyyyyyyyyyyyy????? It was so rubbish. Do you want to hear about it?? DO YOU??