As many of you witnessed, and as some of you heard, I turned 30 in January. I hope I don’t sound like I’m in denial, but I’m really not too fussed about turning 30, because, as they say, you’re only as old as the man you feel, and since Hubs just had his 21st birthday last year, I’m still a spring chicken! Ha ha…. Actually, if truth be told, my ageing stopped around 26, as it was such a great year for me. I know physically, I’m feeling older each year, and hopefully I’m becoming more mature (boring!) and sensible (if only!) but really I’m feeling pretty damn good!

Anyway, back to the party! The usual suspects were there, and I had an amazing time! My bro brought along some of his home brew on tap which was SO awesome, and as usual, my Dad manned the BBQ while Mum coordinated the activity in the kitchen. It was most certainly one of the best birthdays I’ve ever had, and perhaps one of the last I’ll be having at Mum and Dad’s place which makes me a bit sad. I’ve had almost all of my birthdays there, with parties ranging from sleepovers with a few gal-pals, to 12-hour-long bonanzas. I’ve had themes such as a “nerd party”, one-day-cricket party, a 70s Hippy party, and a Mexican Fiesta (oh boy).

This year’s theme was “Wear something you bought on holiday” which gave me the opportunity to frock up in my silk transformer dress that I bought in New York. It’s the first time I’d worn it as a dress instead of a skirt (more than meets the eye!) and it looked HOT! Oh, and it WAS hot. Summer in Brisbane – gotta love it!

Enough of my rambling. I can hear what your saying. “SHOW ME THE PHOTOS!!!”

Mum and I. Cheers! 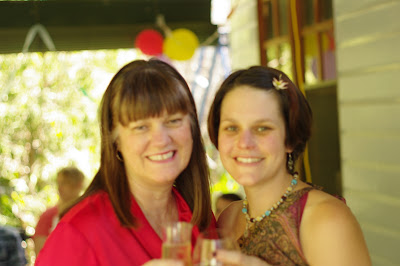 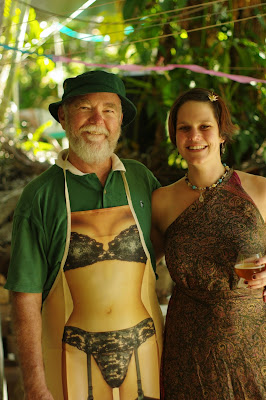 Kturtle and I, and the Keggerator! Look at those beers! Yum… 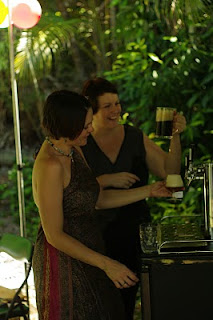 And the brewer himself, sampling one of his taste sensations! 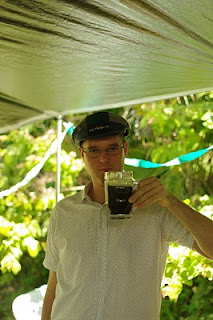 My map of the world cake that Mum and I made. (Yes, it’ totally awesome.) There are 30 candles on there (duh) and each candle represents a place where I’ve been. I had a couple left over so I also added some places where Hubs had been, as well as 2 places I’ve only stopped-over in. Hey! They totally count! 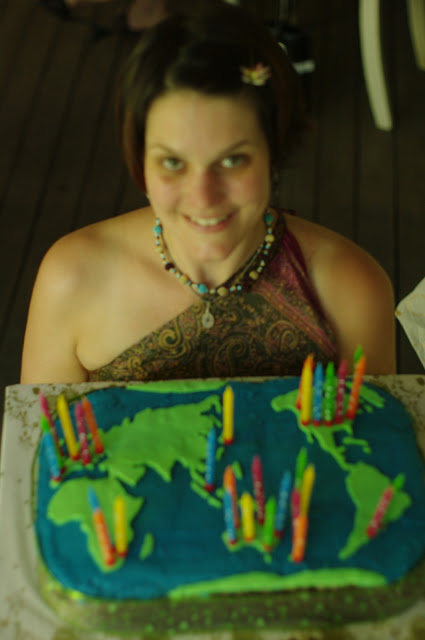 And of course, with Hubs always being the one taking the photos, I don’t have any of the two of us together 🙁 Oh well. There are obviously plenty more, but you get the general idea. Thank you EVERYONE who was able to come along. It was really special to spend the afternoon shooting the breeze. I really loved seeing you all and look forward to more celebrations to come!
One of my presents was a helicopter ride over Brisbane, but that will be a separate post. Oh! And I’m not done blogging about South Africa either! More tales to come…