Ever been to one? Even know what one is? Any interest in attending one? Before Sunday the 12th September 2010, my answers to these 3 questions were “no”, “not really”, “not overly, but Hubs is excited so that’s good enough for me.” Hubs has been working very hard for the last few weeks to get the kombi up and running, and his hard work was rewarded on Thursday night when he had completed all the jobs he thought would fix it, and the beast started. And it hasn’t stopped since!

Over the preceding days we had been talking about buying another car – something a little more “family-friendly”, and one that… you know… was working. But as we were taking the kombi for a test-drive around town on the Thursday night, Hubs with a big grin on his face, I turned to him and said “We’re not going to be getting another car now, are we?…” His response? “HELL NO WOMAN.” And seeing that smile was all the convincing I needed. We were due to head down to Melbourne over the weekend and come back through Shepparton on the Sunday to attend the Annual Goulburn Valley Swap Meet. We still need a few parts for the car (including a centre seat) and thought it might be a fun way to spend a Sunday.

Up until Thursday night, we were thinking we’d have to hire a car, but thankfully I have a brilliant Hubsband who fixes stuff, so we jumped in the kombi on a sunny Friday afternoon and headed down the Hume towards Melbourne. We caught up with friends on Friday night and the Saturday, and loaded up the kombi with all sorts of marvelous baby furniture and paraphernalia, thanks to our wonderful friends the Baileys and the Bakers. We then caught up with Hubs’ uni friends for dinner on Saturday night and watched the end of the Bulldogs vs Swans game – a great night was had by all, and it was so lovely to see all our wonderful friends.

Sunday morning was an early start with the alarm going off at 5:30am. “We” (Hubs) wanted to be at Shep by 8am ish, but ended up getting there closer to 9am. (I slept half the drive.) I was quite intrigued about this whole “swap meet” thing and Hubs was telling me that it was a “Classic Cars Swap Meet” so I was looking forward to seeing lots of restored vehicles and, well you know, Classic Cars!

I was to be frightfully disappointed.

The reality was more like this: Every August, wives of Goulburn Valley start pestering their husbands to “clean out all the junk in the garage” to which the husbands respond “it’s not junk! This stuff has a lot of value!” The wives say something along the lines of “I don’t care what you do with it, just get rid of it!” So the husbands cleverly think to themselves “I know – the annual swap meet us coming up! I’m sure I’ll be able to sell my junk there.” And that’s 80% of what we saw. Junk from people’s garages. The “classic cars” were few and far between, and it became evident VERY early on that we weren’t going to find what we were looking for.

Add in some soft rock playing on a loop in the background (80s and 90s baby – I was in heaven!), some sausages on bread, the odd mullet or 2, more than enough ugg boots, and 1 lone kombi (a 1977 model – one year younger than ours*) and you’re pretty much looking at 3 hours of Wifey being very good at not complaining but wishing she was lounging around somewhere else. Anywhere else!!

Here are some examples of what we saw: 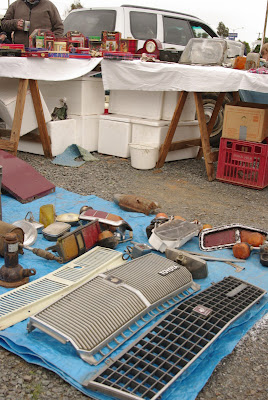 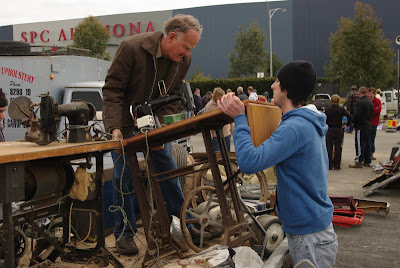 Now to be fair, there were SOME classic cars. They seemed to be either looking like this: 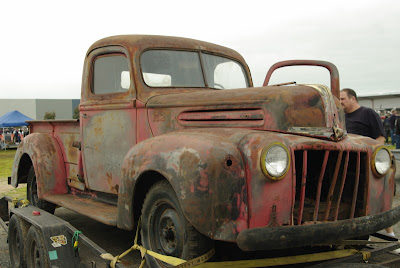 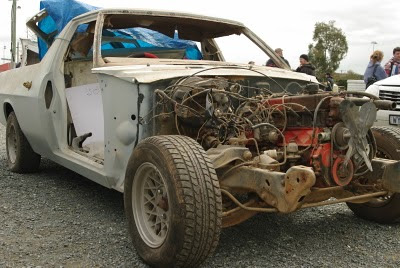 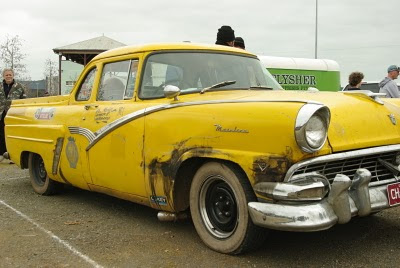 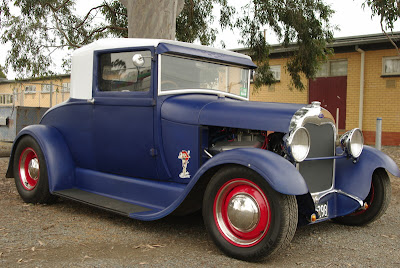 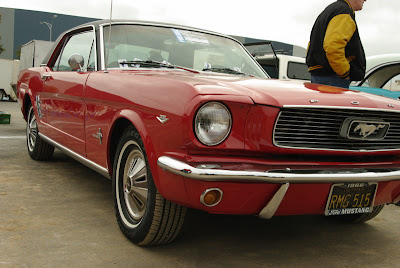 So we arrived with the desire to buy a couple of carburetors, a center seat, and a new engine :-). We left with a “new” saucepan ($10), 5 lemons ($1), 2kg of nuts ($20), 2 cook books ($2) and some snow chains ($5). I was excited with my little treasures, but Hubs was annoyed he didn’t get to buy anything manly. The snow chains were a bit of a “I want to BUY SOMETHING” purchase, but hopefully they’ll come in handy.

Hubs has since heard through the grapevine that there is a VW Only Swap Meet in Melbourne in a couple of weeks time, so we’re heading down for that one too, and will hopefully find what we’re looking for. Although, if the last one was anything to go buy, it might just be a whole lot of non-car-related junk from VW owners’ garages. Only time will tell…

*technically the kombi we drive still belongs to Hubs’ family, but Hubs adopted it 10 years ago and has never left it’s side.