Last night I baked!!! The hospital that Hubs works at has a cake stall once a month and obviously I’ve missed the last few and have been having withdrawals. So Hubs took the baby for a few hours last night and I went to town making these oat cookies and these brownies. I also made some banana/berry/choc bread. SO GOOD!!! Gosh I miss having time to bake every week, but it makes it all the more exciting when I do get the opportunity! 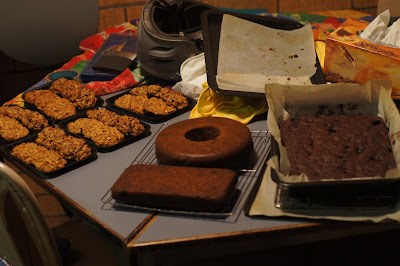 This was the first time I had used my new bundt cake tin and brownie baking tray (thanks Ma!) I also decided to bite off more than I could chew by cooking up some burrito mince and bolognaise afterwards, as I had taken some mince out of the freezer that needed cooking up. It was such a great night!!