While we were up in Brisbane, we visited Nanny & Grandpa each week. Almost as soon as we arrived, Nanny would tell me to sit and eat while she took Chance to the lounge room to play. Chance is Nanny & Grandpa’s first “grand-grand son” and they really doted over him. They didn’t quite understand that “Chance” is a name, so in true style, Nanny said to me “I just call him Harry.”

Nanny would sit herself down on the couch and put Chance on a cushion on a stool in front of her and tell him all about how life works. 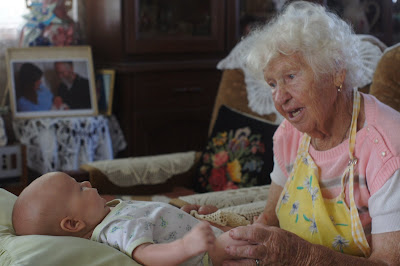 And kept him cool in the warm Brisbane summer: 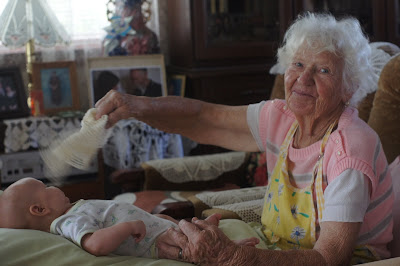 And sometimes he would go to sleep: 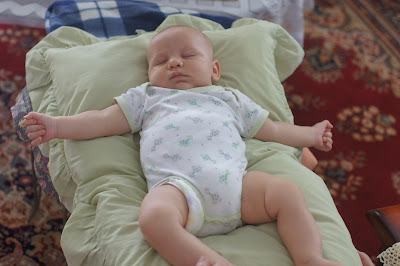 He really loves his Nanny! 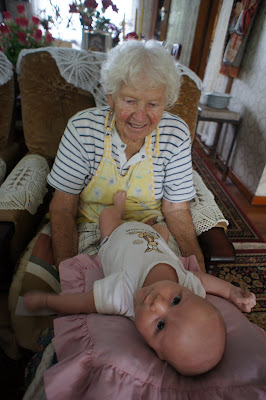 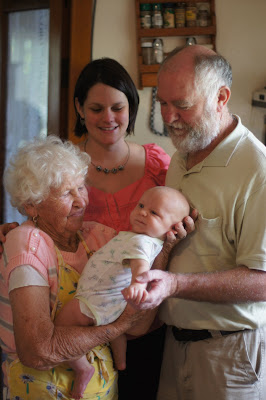 Chance is so lucky to have 4 great-grandmas and a great-grandpa. He hasn’t yet met his Ouma Lies in South Africa, as well as the rest of our family over there, but hopefully that will be on the cards in the next few years!