On our most recent trip to Brizzie, Hubs’ sister Lsl’s pool was empty, so Hubs decided it would make a tee-yodally awesome skateboard ramp! Woo! 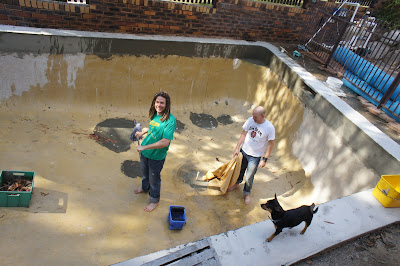 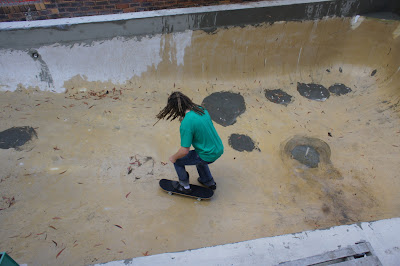 Since that didn’t work out so well for him, he thought he might try with the BMX. 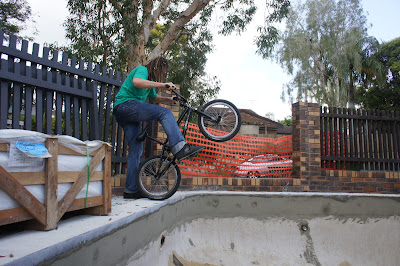 As Hubs was poised, ready to rumble, I was pretty sure he was just posing for the camera, but the thing about Hubs is that, deep down, he’s a boy. A boy who loves a bit of mischief, so it was still possible that he’d give it a go. But the shallow end of the pool wasn’t a challenge enough for him. So he went to the deep end…. 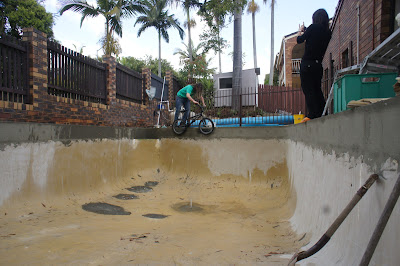 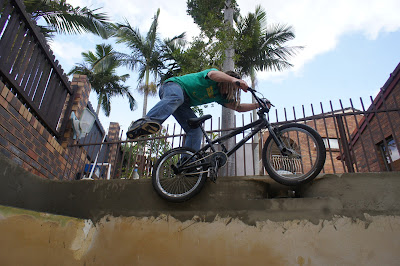 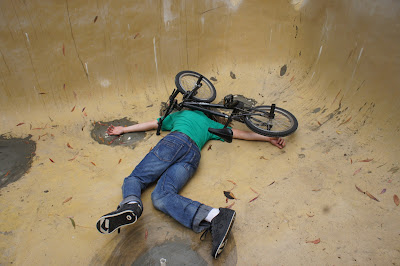 Thankfully he was kidding*, but who can resist a good gag photo shoot??
*No hubsbands were harmed during the making of this blog post