Hubs and I have had a DAY! He worked late shift over the weekend which means he started at 3:30pm at the hospital, would clear the board, get home around midnight, then hope no one would call between then and 7am, when his shift finished. This happened on Friday night but no such luck the next two nights when he had to go in at 2am both nights for a couple of hours.

He had today off and even though he must have been exhausted, he was in a decluttering mood, and I wasn’t about to stop him.

His room of choice? The combined toy/Lego room. He was ruthless. I was ruthless. And we could be since we weren’t under the watchful eye of our toy-collector Chance. We can’t get away with throwing anything out/giving anything away when he is around.

But it needed to be done. Between the boys’ birthdays, Christmas, and Quinn’s birthday all in the space of 2.5 months, we had accumulated a lot of extra toys. Hubs went through every single box on the shelf as he does.

We put away a huge box for rotation in a few months, but we also got rid of a lot of broken bits and pieces, and stuff from garage sales and op shops that have been forgotten about. There are still a lot of toys that, even though they don’t get played with often, have sentimental value that I can’t quite part with. Plus there are some baby things we put away for later on too.

It was a very productive day I must say! And even though it was pretty stinking hot, we managed okay. Believe it or not this is the after shot! 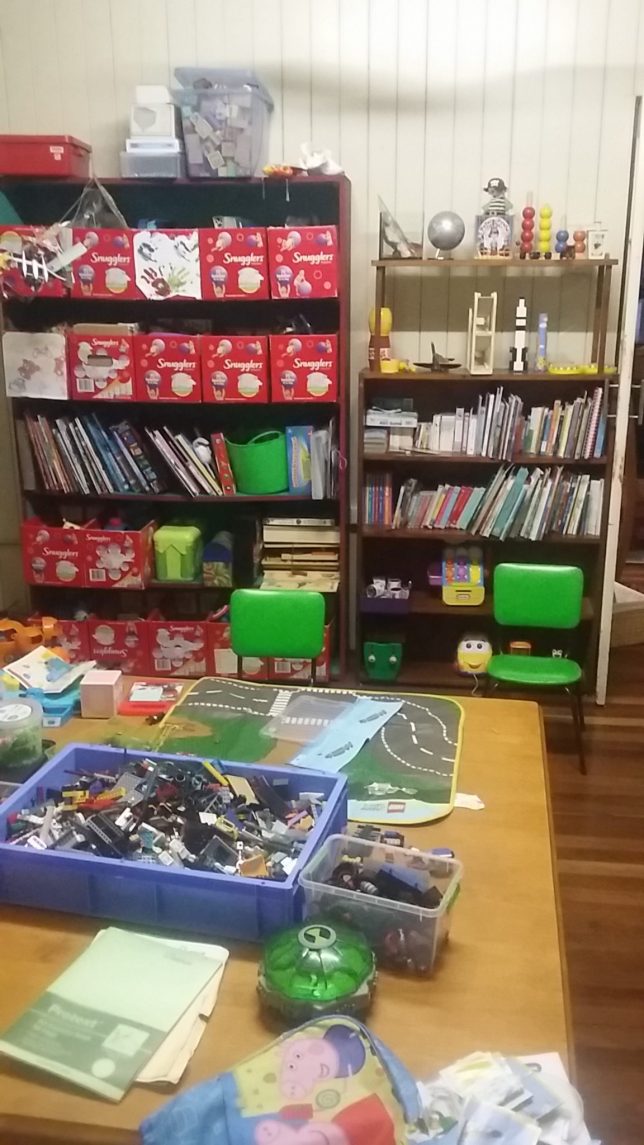 Those Snugglers nappy boxes sure do come in handy!