This is my dishwasher 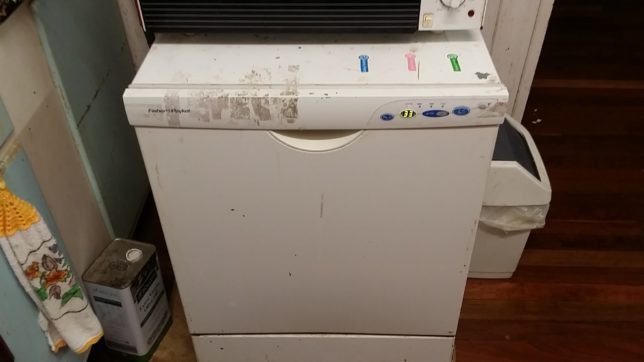 I’d say we bought it two years ago but we actually acquired it through a Gumtree ad. For nothing. In fact I think the “seller” may have even dropped it off to us. We were advised that it should work once the control panel was fixed. Challenge accepted by Hubs and we had a working dishwasher.

It also needed a thorough clean out that thankfully I was not involved in. Apparently it was a little gross but it did the trick!

Guys this dishwasher is awesome. If you’ve ever come to stay, you will have been treated to my raving about its awesomeness. The heat that this thing produces means everything comes up sparkling clean. Either that or melted – some things just aren’t meant to go in the bottom rack.

It does have its quirks. You have to use a toothpick to turn it on and choose the cycle. There were screws in place as buttons but they have since fallen out, and to be honest the toothpick gives it a child-proof function that I like. Because Darby likes buttons. 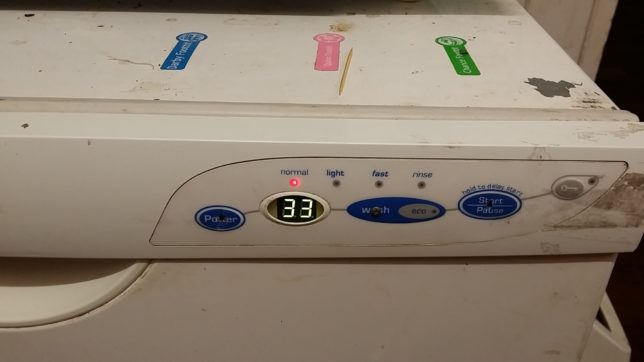 Unfortunately it is is starting to play up a little. The latch is broken so now I have to use sticky tape to close it for each wash. 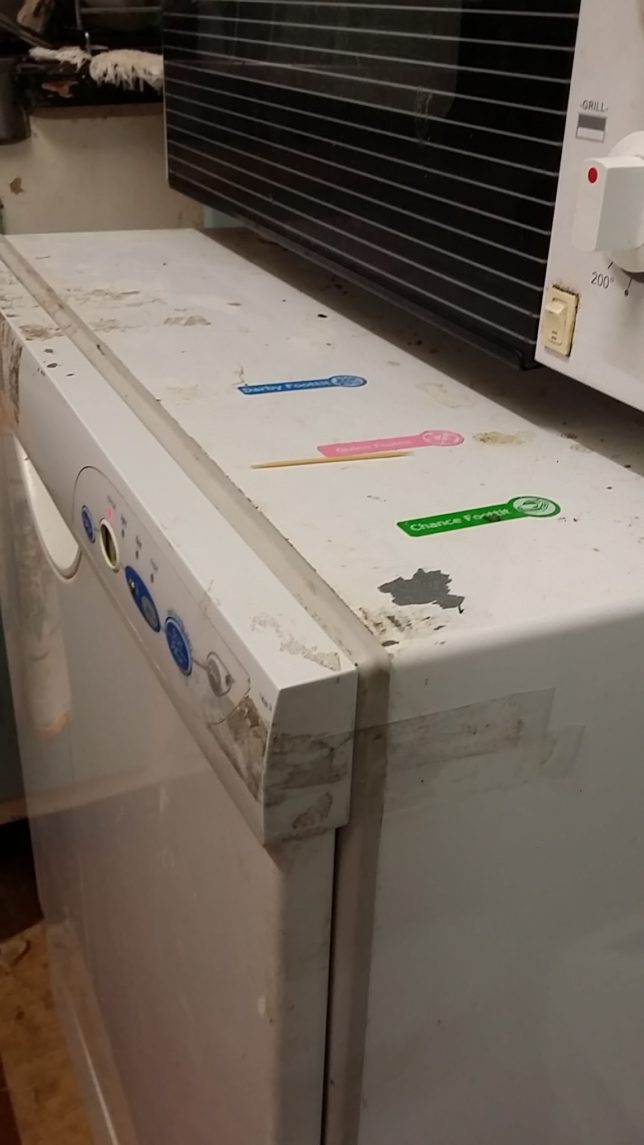 And it sometimes comes up with an F4 error which, after a Google search is something to do with the temperature. The troubleshooting for it? Switch it off and on again and it should work. It does.

I’ll be so sad when it does eventually die. If it lasts the rest of the year it will be a miracle! Maybe I should start keeping an eye out on Gumtree for our next bargain…