I told Hubs that KFC was bad for him. But did he listen? Nooooooo. 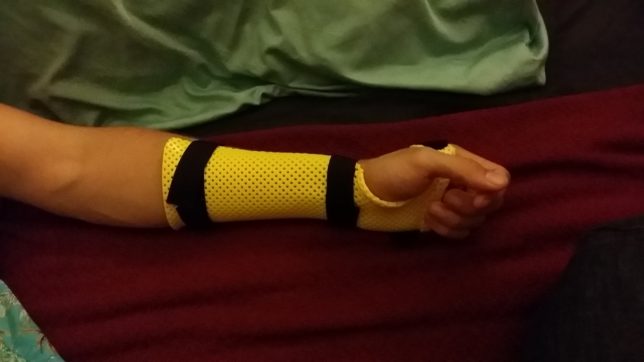 One broken pisiform later and maybe he’ll believe me.

(He was riding his bike home from picking up cheap Tuesday KFC) when his bike seat fell off – yes that’s right, his seat fell off – and he took a nasty spill. Luckily the pisiform, a small bone in the wrist, is considered by some orthopods as “the most useless bone in the body” so no permanent damage done to his operating hand! Good times ahead.)