Okay so obviously that’s not the actual name of where we went today, but it’s what Hubs affectionately called Emu Park’s “Festival of the Winds”. There were kites galore! 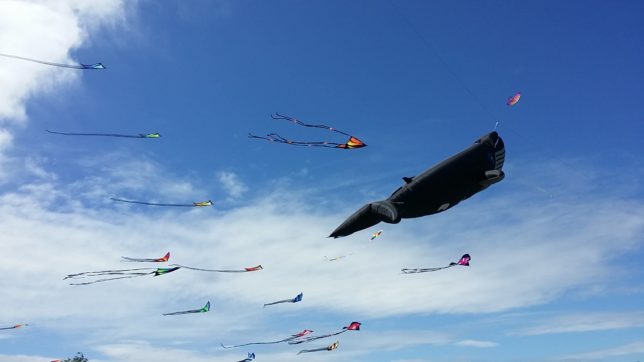 Apparently it wasn’t “windy enough” for the really big kites. 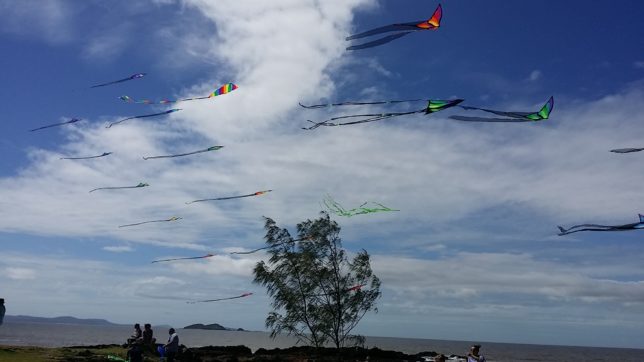 But the kids didn’t seem to mind. 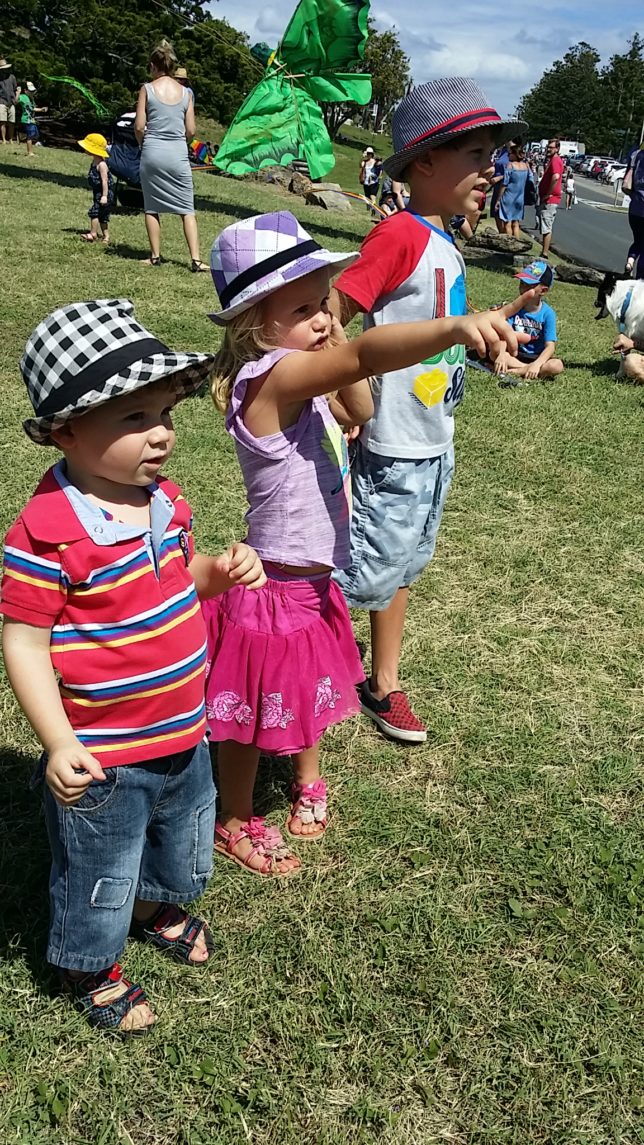 Yes my kids are adorable in their “town hats”. Watching the kites was just lovely. Being with my family and enjoying the kids excitement makes my heart burst.

I was a bit hesitant about going along to the festival, and when we arrived I knew the reason. Well, the three reasons: expensive rides, rubbish toys, and overpriced food. And my kids wanted it all. It’s not that Hubs and I don’t like having fun, it’s that we’ve forgotten how to.

No wait, that’s not right.

It’s that our idea of fun doesn’t necessarily match up with what our kids think is fun. Fighting crowds to buy tickets to go on dodgem cars? Um no thanks. Spending $5 on a single duck game where all the toys you can win are complete crap? No again from me! All Quinn wanted to do was get her face painted, have a slushie cup and get a whirly-wind toy. I could get behind those things. And Chance wanted a toy of some description, a slushie cup and a ride. And I could get behind two of those things.

Hubs and I had a discussion and decided that he would stay with Darby and watch the kites on the beach while I took the older two back into the mosh pit.

We found the toys (with a bit of drama), bought the slushie cups, but we couldn’t for the life of us find the face painting stall. And I had decided there was no way I was lining up for ride tickets. So of course the kids were disappointed!

I don’t know. I think ever since we moved away from city life I just hate crowds so much! And I feel like no matter what we get the kids, there will always be something else they want as well. It’s just a constant negotiation that I don’t feel is worthwhile.

Perhaps when they are older and have their own money to spend on whatever they like, it will be easier. But I guess that creates a bunch of challenges in itself.

Look the day was fine, there were actually no tears, and at least the kids were happy with their toys.

Give me a nice shady creek for the kids to play in, a packed lunch, a drink or two, and a few other families around and I’ll show you my idea of a great family day out.