Smoky Mountains. 11 Miles on a bike, among other things!

After an AMAZING night sleep, the owners of the campground told us we could have the cabin for the 2nd night for the price of a tent site!! WOO HOO! (We had already packed everything up but we didn’t mention that! We just unpacked everything again! SCORE!)

We set off around 9am and headed up to the highest point of the Smoky Mountains, at 6643 feet up, Clingmans Dome. It was quite a drive and as we got higher and higher we got colder and colder but we refused to pull over and put the roof up. I think we even had the heater blasting us at one stage! Shocking! 🙂

On the way up 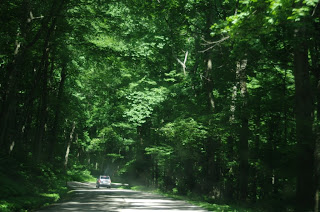 We parked in the car park and walked the final half a mile up to the look-out. Half a mile is only about 800m but it was hard-going! We reached the top and the view was pretty special. We also passed part of the Appalacian Trail along the way. You can probably guess what Hubs has added to his “things to do before I die” list! 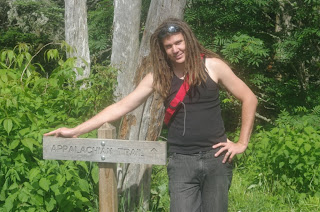 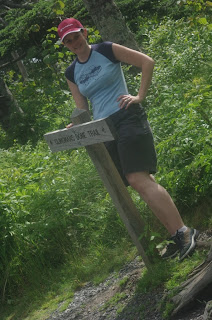 Wifey and Hubs at the top of the lookout. 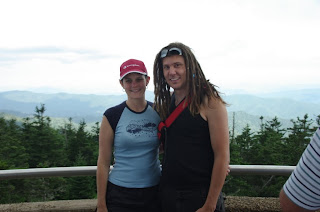 We then drove back down into the warmth of the morning and headed to Cades Cove. Hubs had read about hiring bikes and riding the 11mile one-way loop so we arrived and looked into it. Although I’m not really much of a bike-rider, I thought it would be a fun thing to do so we signed up. Before we headed off we bought a couple of burgers for lunch and to fuel our journey and then we set off!

It was a pretty tough ride at times, particularly as we were riding the 2 DODGIEST BIKES IN THE WORLD!!!! Here they are looking all innocent and useable. Mine kept changing gears randomly, particularly going up hill. Aaargh! 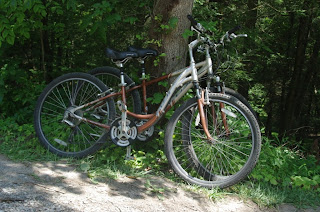 The view really was gorgeous, especially going down hill! 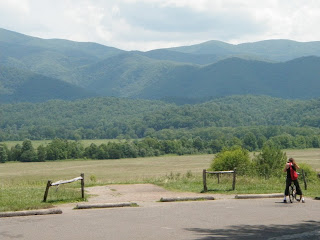 Look at me multi-tasking! (Sorry about giving you the finger!!)
Hubs (as usual) took some lovely shots. 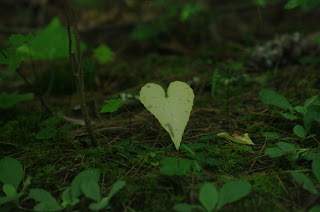 Apparently there was a bear spotted at one stage but we didn’t see it. Just a few deer. 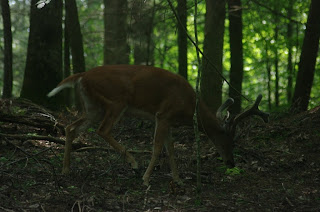 It was hard-going sometimes sharing the road with all the cars and not very nice getting a lungful of fumes, but I’m glad we took up the challenge. It took us about 3 hours all up and about 6 bottles of water. Here we are, happy and exhausted: 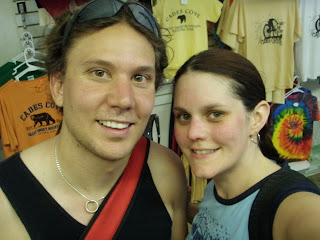 And this was the BEST. ICE CREAM. EVER!!! Sooooooo goooooooood…… 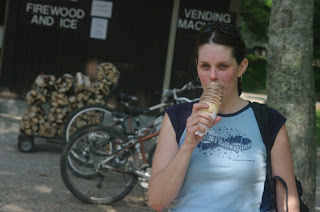 To be continued in Part 2…