On the Monday after my birthday party, Hubs and I felt like doing something active for the day, so our family friend Lou suggested Kondalilla Falls. And the best thing was, Lou was free on the Monday as well so we invited him along to be our guide. Lou knows the area like the back of his hand, so we didn’t have to worry about such things as getting lost or eaten by giant eels 🙂

It was a hot day but the walk was mainly through rainforest so we kept quite cool. We started at Barroon Pocket Dam, and left the car there. The plan was for Lou’s wife Di to pick us up at the other end, just near the falls, and bring us back to the car on their way home. Lou had told us it was about 8km so off we went! 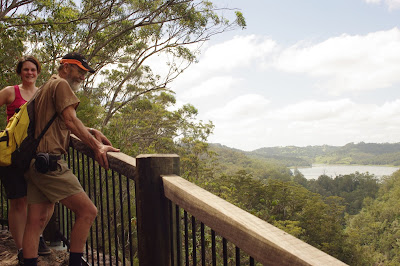 After about 2 hours of walking, it was time for smoko and a swim 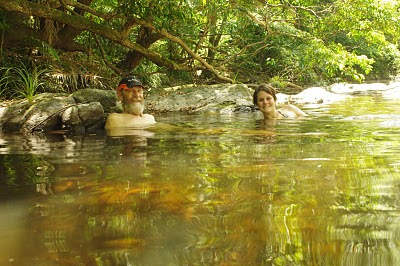 We then walked another hour or so and found somewhere to stop for lunch. Lou tried a bit of fishing but there were no bites that day. The track was all downhill for the first bit, then pretty flat for a while, and then we started walking back up again. Lou had promised us a swim at Kondalilla falls, and after a day of walking, it was exactly what was needed to cool off. 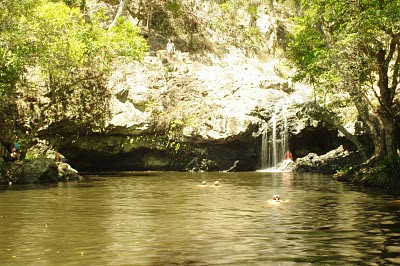 And boy was the water chilly! While we were swimming Lou said something along the lines of “You wouldn’t BELIEVE how big the eels can get in here.” Hmmm… I chose not to think about it…
Just before we headed back up to meet Di 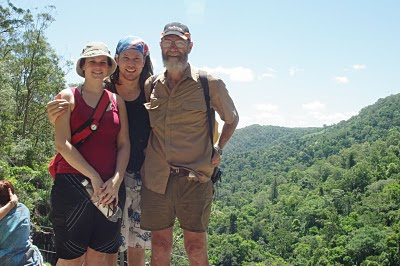 It was exactly what we needed – a day out in the “wilderness”, with good company and lovely views. As we headed to the car, I turned around to see a sign that said:
Baroon Pocket Dam – 11.2km walk
No wonder I was so exhausted!! Thanks so much for a great day Lou!