After going to the swap meet in Shepparton a few weeks ago, I wasn’t about to start doing cartwheels when Hubs said there was another one he wanted to go to in Melbourne. “But this one’s a VW only Swap Meet” he says. Like that’s supposed to make it better?

I was a little sceptical but we got up at 7:00am on the Sunday after the game as we wanted to “fight the crowds” and “get a good parking spot”. The swapping and meeting started at 8am and we arrived around 8:30am at Williamstown. As we were “looking for a park” we saw a few VWs and then drove right past the venue – there were parks right outside!! Obviously this meet was a lot more low-key than the last which was absolutely fine by me!

We actually had a really nice time chatting with fellow kombi and VW owners about this and that and Hubs bought himself some carbis! 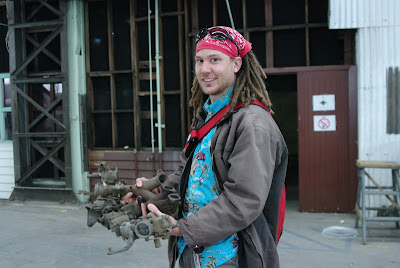 I’m not sure that he needed all 3, but considering he also wanted to buy a whole “new” engine that I talked him out of, I let it slide. Thankfully there wasn’t the junk at this meet that there was at the last meet, and it was wholly VW-related. Some of the cars were just gorgeous! 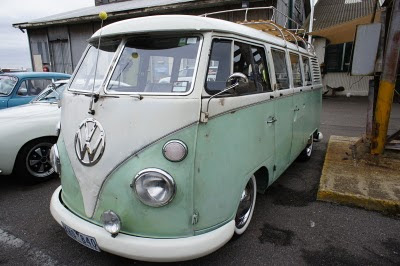 And some had the potential (maybe… eventually…) to be so: 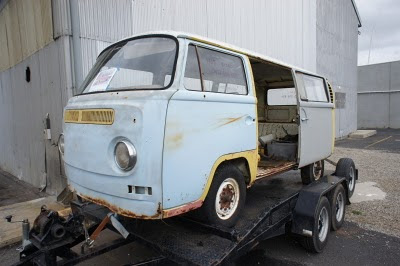 And one kombi in particular, around the same model as ours (1977) was fully restored. It was nice to see what our kombi could maybe look like one day…. (but, you know, with our own kids…) 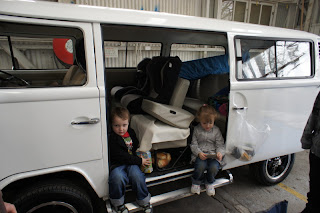 And of course there weren’t just kombis! It was a VW affair after all. I had some photos of some beetles as well but don’t seem to have them with me right now. But you all know what they look like 🙂 It really was a nice way to spend a Sunday morning and afterwards we went and had a coffee and cake, but that deserves a post all of its own.