This is me to an absolute tee right now:

Wow. A whole year of doing regular exercise. This is definitely noteworthy for me. I’ve never stuck with anything (other than team sports) for this long. Like, ever. Sure, I’ve joined gyms; too many to count, but I’ve never actually attended them for more than a month or two. Previously when I have joined a gym, my aim is to attend six sessions a week, and once that starts dropping back to one or two a week, which it always would, I would think “what’s the point” and drop out. I now see how much of a difference those two regular sessions a week can make to my life.

I’d be lying if I said I’m exactly where I wanted to be a year on. If I was to be completely honest, I was hoping to be down another 16kg and at my “goal weight”, but the fact that I’m still showing up each week, and getting cranky when I have to skip a session, and never (seriously, never) looking for an excuse not to go, I’d say, at this stage, that is a much more important achievement. It means that I have a baseline to build on. It means that I know how it feels to be fit and strong, and I know it’s possible to continue to get fitter and stronger.

So let me break down the last 12 months for you:
73 Fit Mums sessions attended
18kg* lost
A bunch of muscle gained
Plenty of lessons learned
A dozen new friends
A newfound respect for my body
Plenty of good food eaten

Things I’ve learned:
It takes more than a month to get nice arms; (woo!) 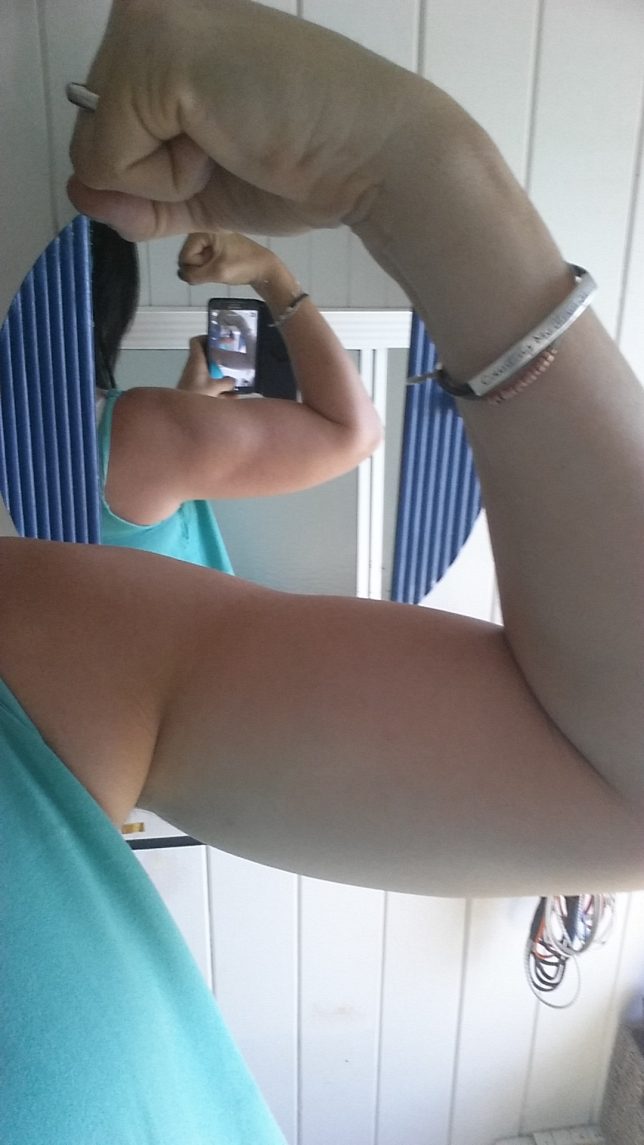 Two sessions a week makes a huge difference to my lifestyle;
Eating two chocolate biscuits or having a glass of wine will not ruin my hard work;
Eating two chocolate biscuits and having a glass of wine almost every day will make a difference;
There’s more to it than weight loss;
Putting back on a few kilos is not the end of the world; it’s what I do about it that counts.

It’s this last point that I’m most proud of. At the end of last year, and the start of this year, old habits were creeping back, but instead of giving up and ignoring the issues, I addressed them and refocused and that has never happened before. And now that I’ve done that, I’m not starting all over again, just merely picking up where I left off.

So thank you Ben (our trainer) and Michelle and Ash (the child-carers) and all the other Fit Mums for being such an amazing and supportive community; for all the encouragement and high fives; and for being the “thing” that finally got me to love getting up in the morning and exercising. Here’s to another 73 sessions! 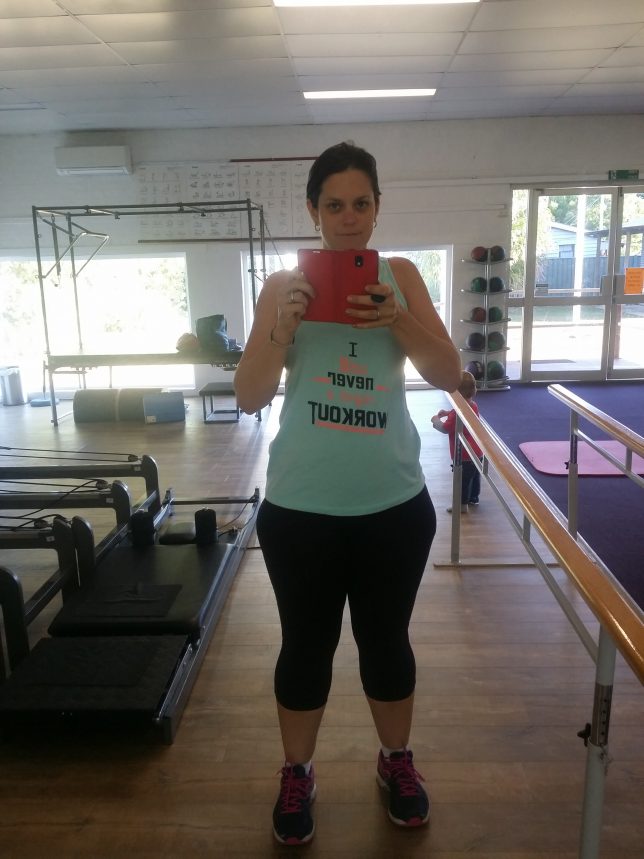 Here’s the first part of the journey ☺

*I’ve lost the same 2kg twice after putting on a few kg over Christmas. Still counts!