Guys, it happened. You know when you have an idea; an expectation; a wish for how a particular day might pan out? You can just imagine it, and you dare to dream that it might actually happen exactly how you hope? But you remind yourself that life happens, and that even if things don’t quite go to plan, the earth will keep on spinning, and it will be okay.

Well I did it. I had a perfect Christmas day . Everything that I had hoped our Christmas day would be, eventuated. I don’t know if it was careful planning or just dumb luck, but I cannot think of anything I would change, given our exact circumstances.

Here’s how it went down, keeping in mind, this is exactly how I imagined it. I even shared my vision with Hubs a few days before, and we both kind of looked at each other, shrugged, and laughed, knowing that it couldn’t possibly happen, and that it would be okay nonetheless.

The night before Christmas 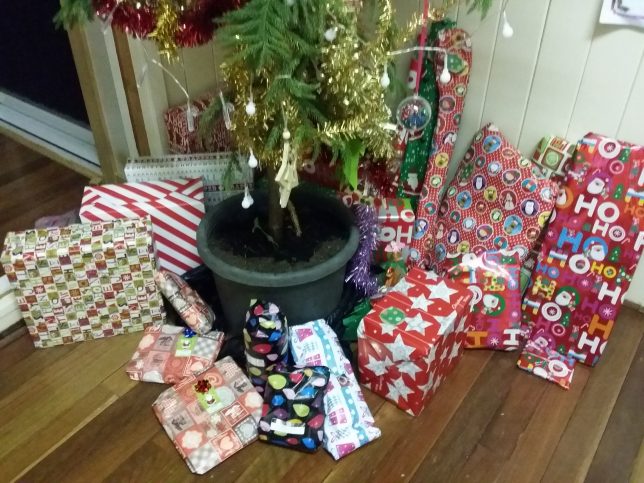 First of all, the kids slept all night long, in their own beds. This rarely happens people! I got seven (count them!) SEVEN hours of fairly solid sleep. Darby woke up around 5:45 but I brought him into our bed and he was content. Quinn joined us a few minutes later, and I dozed until Chance woke us up at 6:15am. We had agreed to open one present each and then head to the 7am church service. 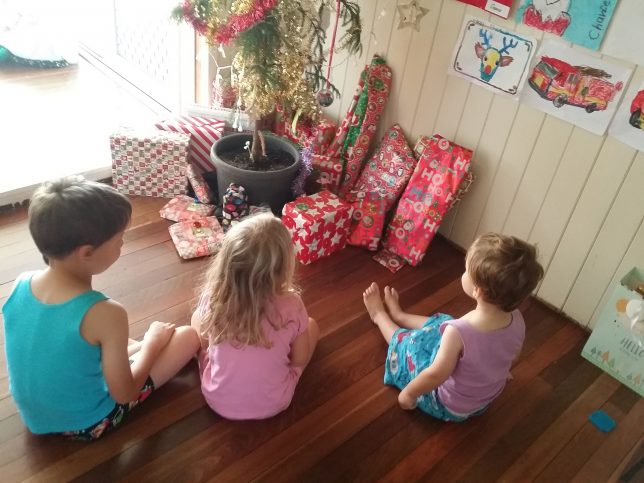 The kids chose their presents to unwrap, and it was a bit of a gamble as they were from the neighbours so I had NO idea what to expect. Turns out they couldn’t have chosen better to start the day. Chance got a little tub of Lego, Quinn got a Christmas dress up skirt and Darby got two trucks. They were happy and didn’t ask to unwrap any more!

We headed to church and they kids were great for the service, and we got home around 8am. There were four more presents each to unwrap, and we took our time and shared the joy with each new gift.

The whole family getting excited for Darby’s new Octonauts toy 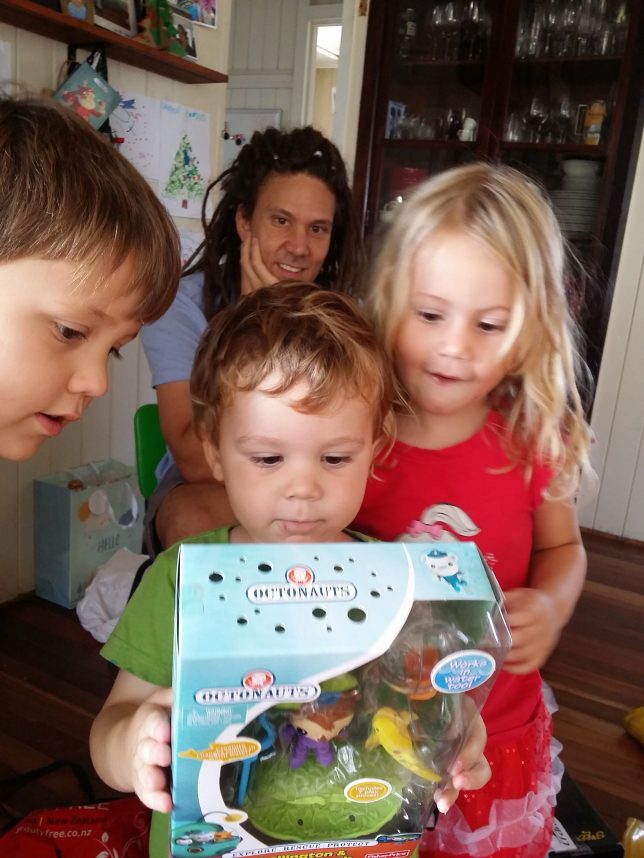 I have come to appreciate that less is definitely more. When they are presented with a dozen things to unwrap, the joy is fleeting, but when they get to savour each gift, they are much more grateful. After the unwrapping, we told them that we were going to start cooking brunch, and that they could go and play with their new toys.

Um, guys, they did. They actually did. Chance disappeared into the Lego room and set up a marble run (thanks K&K!) while Quinny and Darby did some scootering downstairs. Hubs pottered around the BBQ cooking up a mean brunch while I provided him with the food to cook. We were expecting a small group of people that turned into a very small group, which was absolutely fine by me as it meant plenty of Boxing Day leftovers.

Hubs in his natural environment 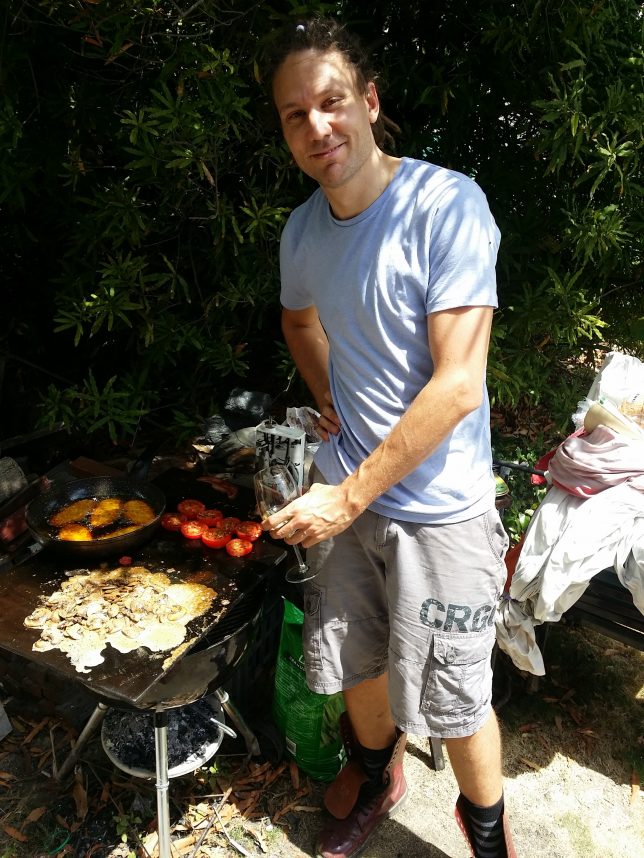 Chance started on his big Lego that we had bought him at around 11:30, and at around midday, I put Darby down for his nap. Of course there were the usual dishes to do, and mess from present unwrapping to clean up, but there was no way I was going to do that. I put the food away, and set up on the deck for some quiet time. Hubs collapsed into our new air chair, and I sat down with my book. 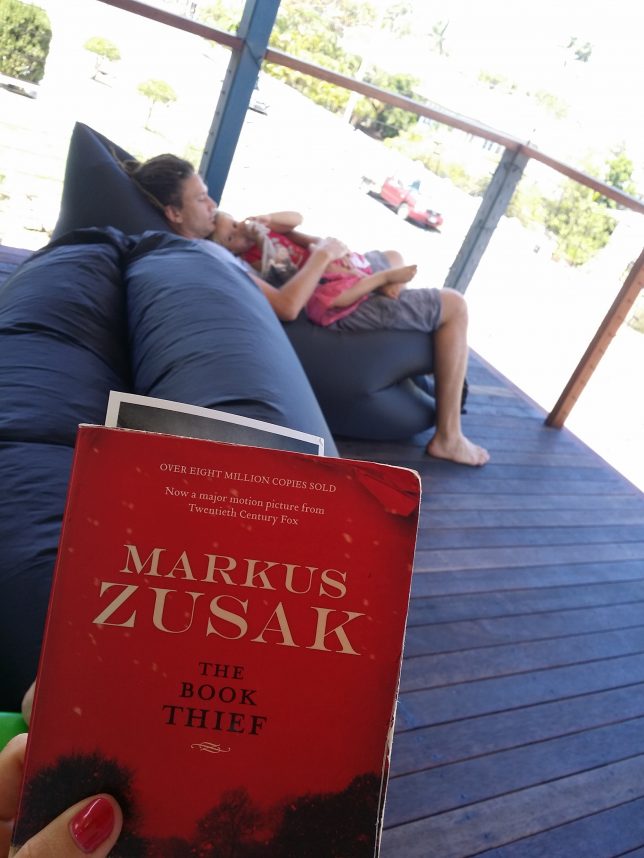 I got the usual interruptions of requests for food (from Quinny) and requests for help with the Lego (from Chance) but for an hour or so, this is what we did.

Chance building his most challenging Lego to date. And he only asked for occasional help, then politely asked me to leave him to it. 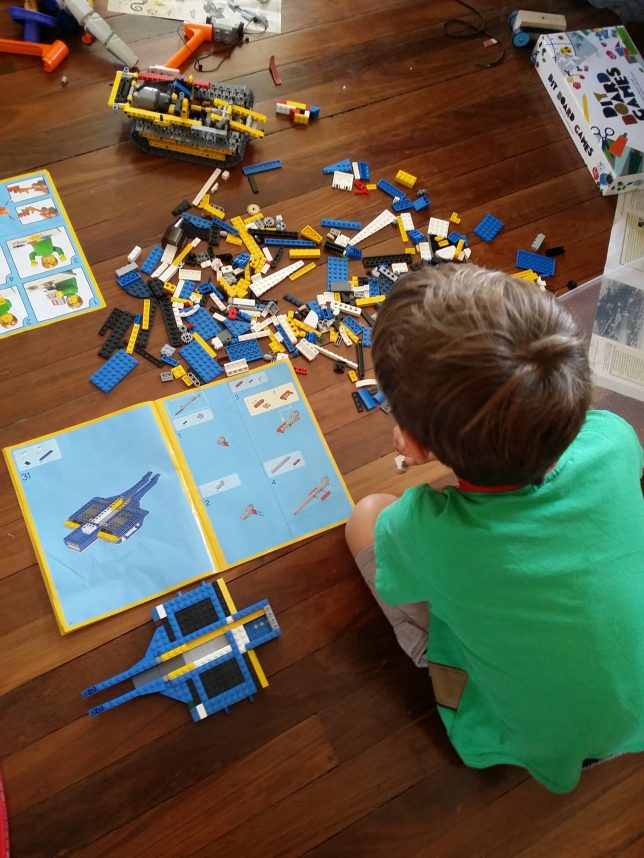 At around 2pm, I had noticed that Quinn had disappeared. I found her fast asleep on our bed. Darby had been asleep for two hours by then, so I was expecting him up soon. I thought “I’ll just keep reading my book until he wakes up.” I did another hour of reading. By 3:15 Darby woke up, and I decided that it was time to wake Quinny up too. We had round two of present opening, as I had hidden some presents to surprise them in the afternoon.

I’m so glad we spaced out the present opening! It worked a treat! 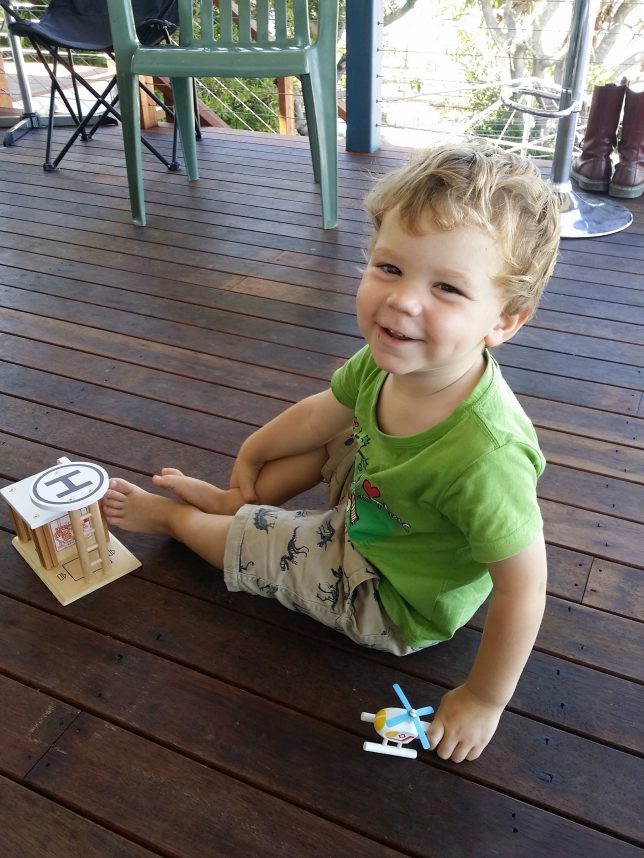 The score of the day for Quinny 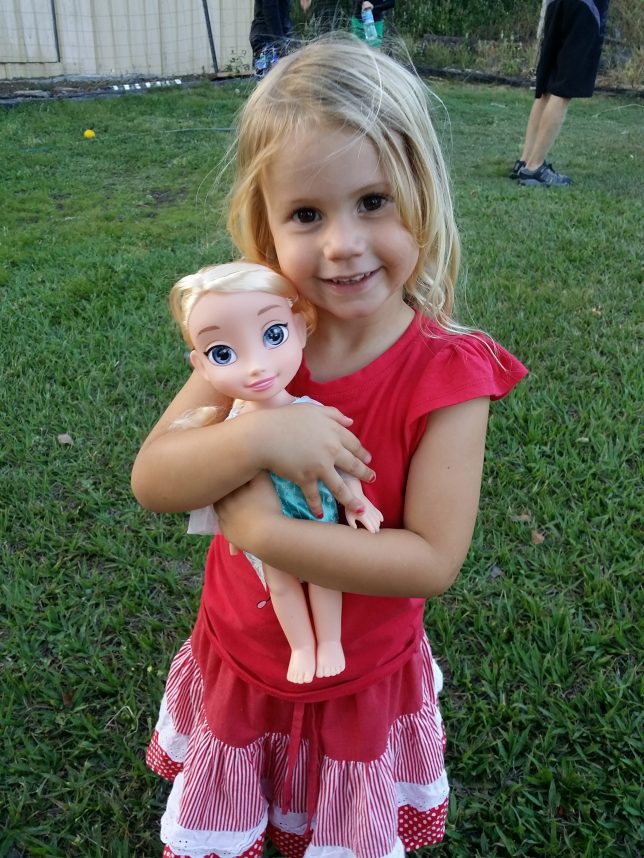 We then headed over to our friend’s place for an afternoon swim and more eating, and since there were around a dozen kids there, they all pretty much entertained each other so Hubs and I could sit down for an hour and actually chat to other adults. We got home around 6:30pm and Chance went straight back to his Lego, determined to finish building the plane that night. By 8pm, Quinn and Darby were in bed sound asleep, a couple of neighbours were over having a beer, and Chance was still at it.

I asked him if he wanted to leave it til the morning, but he was insistent. I didn’t argue. At 9pm he presented us with his creation.

This took a total of 5-6 hours to build 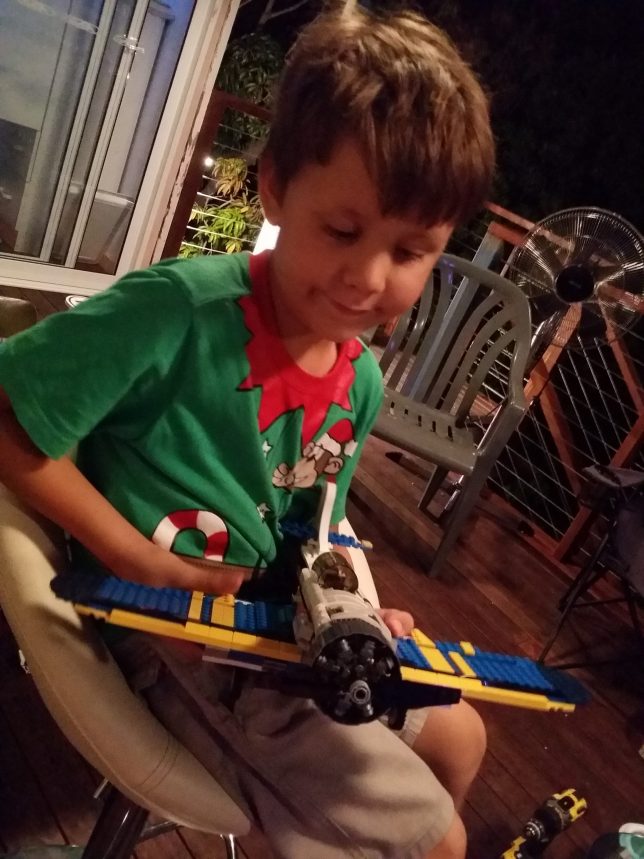 I was so proud of him. He dragged his feet off to bed and was asleep 5 minutes later I’d say. Hubs and I sat on our deck and marveled at our day. We’d pulled it off and we were just so content. Everyone had had a wonderful day, and we just felt to grateful for everything that we had in our lives. We went to bed happily exhausted at around 10pm with our hearts and bellies full.

Merry Christmas, dear friends and family. I trust your days were as wonderful as ours.