In my research for accommodation in Williams, AZ, I came across Marvellous Marv’s Grand Canyon Tour and I got very excited! It sounded right up our alley – a small, relaxed tour, mainly avoiding all the touristy areas, a personal tour guide, and a good price. He picked us up in his van at 9am on a gorgeous sunny Arizona day, and away we went. 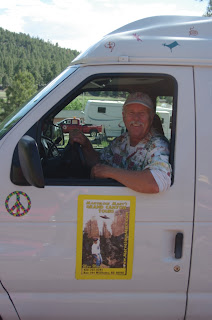 Marv is a real salt of the earth kind of guy. He’s been running these tours for over 30 years (if memory serves) and he is very passionate about the Grand Canyon National Park and finds it appalling what they are doing to his “own back yard”. (e.g. there’s now a McDonalds there!!) There was only 1 other couple on the tour, Peggy and Jerry (we neglected to get a photo of them which is a shame) who were a retired couple travelling across the country in their RV. The RVs were EVERYWHERE! But that’s a story for another day.

Marv showed us some great sights and at times, we were the only people in that particular spot. The Grand Canyon is breathtaking. My mind just couldn’t comprehend the size and the magnificence of what I was looking at. Photos never do it justice, but Hubs took some beauties. I’ll let them tell the story… 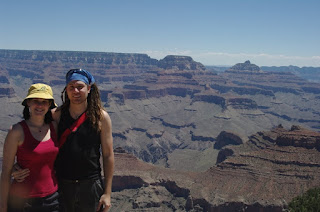 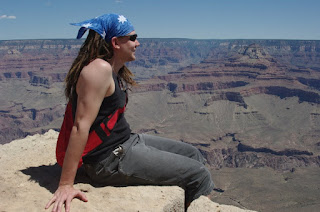 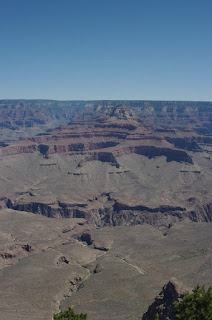 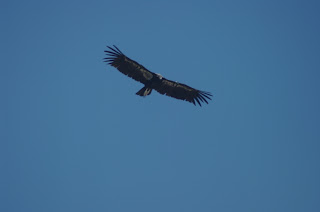 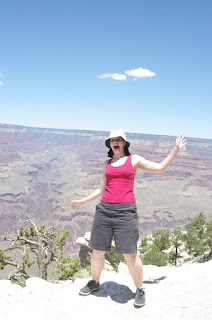 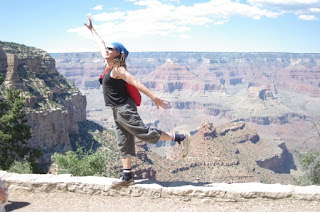 We walked down the first part of the Bright Angel Trail and passed some Mules carrying people back up from Phantom Ranch. I thought Marv was pulling my leg when he said there was a resort down the bottom of the canyon! But sure enough, it’s there, all the way down the bottom. Our timeframe (oh, and budget and lack of planning) didn’t allow for such luxuries this time around. Maybe next time Hubs!!

We had such a relaxing day and I would highly recommend this tour to anyone. We went out to dinner with Peggy and Jerry that night and had Mexican (I had a Chimichanga – SO GOOD) and 2 buckets of Coronas (5 beers to a bucket) between us, and Jerry was telling us that the blood alcohol limit was .08 in Arizona, so there was no need to worry! He also told us that police in th US can’t just randomly pull people over, so as long as we drove in a straight line, we’d be fine! Luckily, we were only a mile down the road and Hubs took it easy on the beers. We finished the night back in their RV sharing our Bundy Rum and drinking their Coconut Rum (which I LOVED!) A great end to a great day.

And a couple of videos, for your viewing pleasure!