We left our hotel around 8:30am, after a bagel for me and a Texas-shaped-waffle for Hubs! 🙂 We decided to take Route 66 as much as we could for the next leg of our journey. It was a very hot, very sunny day – just over 40 degrees – so having the top down and only going about 50mph was pretty exhausting. But we HAD to do it, cos, you know, WE WERE ON ROUTE 66!! 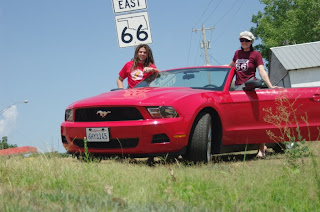 Being just before the 4th of July, we saw a lot of these: 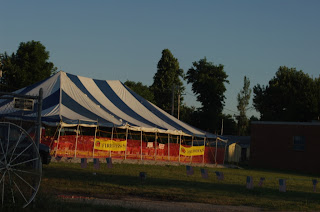 i.e. temporarily places where you could buy FIREWORKS!! LEGALLY!! But the 4th of July story is yet to come. Back onto Route 66.

It was another lovely day to be on the road and we just really enjoyed the scenic route we took. Here’s one of those casinos in the middle of nowhere I mentioned earlier: 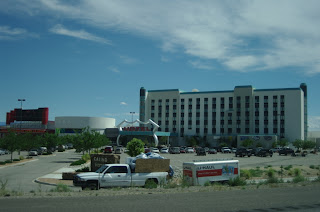 We really took our time driving, and we didn’t arrive at Springfield until 8:30pm, but it was still light!! Before we left, I decided that we HAD to visit at least 1 Springfield in the States, and I had emailed my gal-pal Colleen, who’s originally from Kentuky, to see if she had any rellies who would LOVE to have a couple of young, hip Aussies stay with them. (Did I actually just use the word “hip”??) And she told us that her brother and his family live in Springfield Missouri! And of COURSE they were happy to have us stay! We had a great time chatting with them into the night and we really appreciate them having us stay! 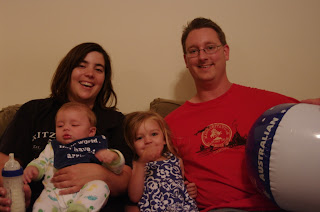 We couldn’t stay up too late though, as we had an early morning coming up. (Okay, 7:15am is early for us!!) but not a big driving day, so we were excited. We were almost at our first long-stay destination! Hooray!