Our next day on the lake started out much the same as the first with a sleep in and some relaxing. Kimberley had arranged for her “Missouri Mom and Dad” to take us out for a boat ride on their pontoon, so once the rain cleared they picked us up and we were away. Jim and Mona had invited their good friends Jeanette and Ron as well and we started cruising around the lake as they pointed out hot spots along the way. They offered us drinks and gave us the menu – G & T, Rum & Coke, Beer… Well okay. Since we’re on holiday! They also had lunch on board for us which was tuna salad, devilled eggs (Hubs’ fave!!) and breadrolls and potato chips and some sandwiches. So we ate and drank and took “pit stops” when needed. 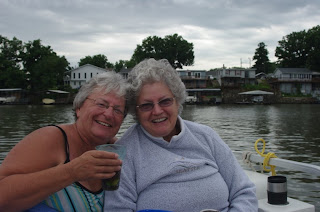 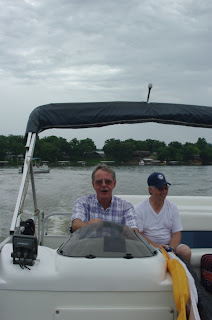 One of our “pit stops” 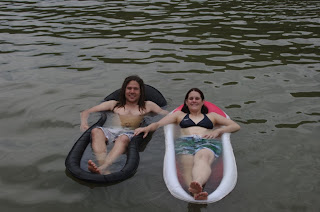 The weather started to get a bit ugly so we got dropped off and we decided to take it inside the bar. 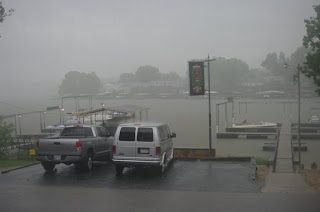 The night was full of eats and drinks and shennanigans. And another Minnow shot! We decided at about 8pm that it would be fun to go for a ride with a couple of guys from the bar down the lake. They let Hubs have a turn at driving too! The classic line for the night when Hubs gave it a bit too much gas “Duuuuuuuude it’s 25 miiiile an hour after darrrrrk.” Yee-haw! 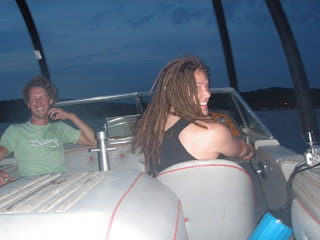