We are a Lego family. Hubs grew up loving Lego, and that love has never wavered. His Mum tells me about the hours and hours he would spend on the Lego mat, surrounded by the stuff, building all manner of things. When we had Chanbe, people would always ask what they could buy for him for Christmas and birthdays, and although in the beginning I would ask Hubs for gift ideas, I soon realised that this was a pointless exercise as his response was always the same.

Funnily enough, it was always the same when I asked for gift ideas for him too… and Quinndy…

Thankfully up until now, for Chanbe and Quinndy at least, it has all been about the duplo. Duplo I can see before I stand on; Duplo doesn’t get sucked up the vacuum cleaner; Duplo can’t be swallowed by a 1-year-old baby sister (though she will try!); Duplo is simple and easy – even I can make a plane out of Duplo. But Lego is another story all together. I wasn’t ready for Lego, but Hubs was, so it has been introduced into the family home.

And once we arrived at Hubs’ sister’s house, the childhood collection didn’t take long to re-surface. The problem is, it’s been years since anyone has really played with the family Lego, and all sorts of bits and pieces have been thrown in with it. 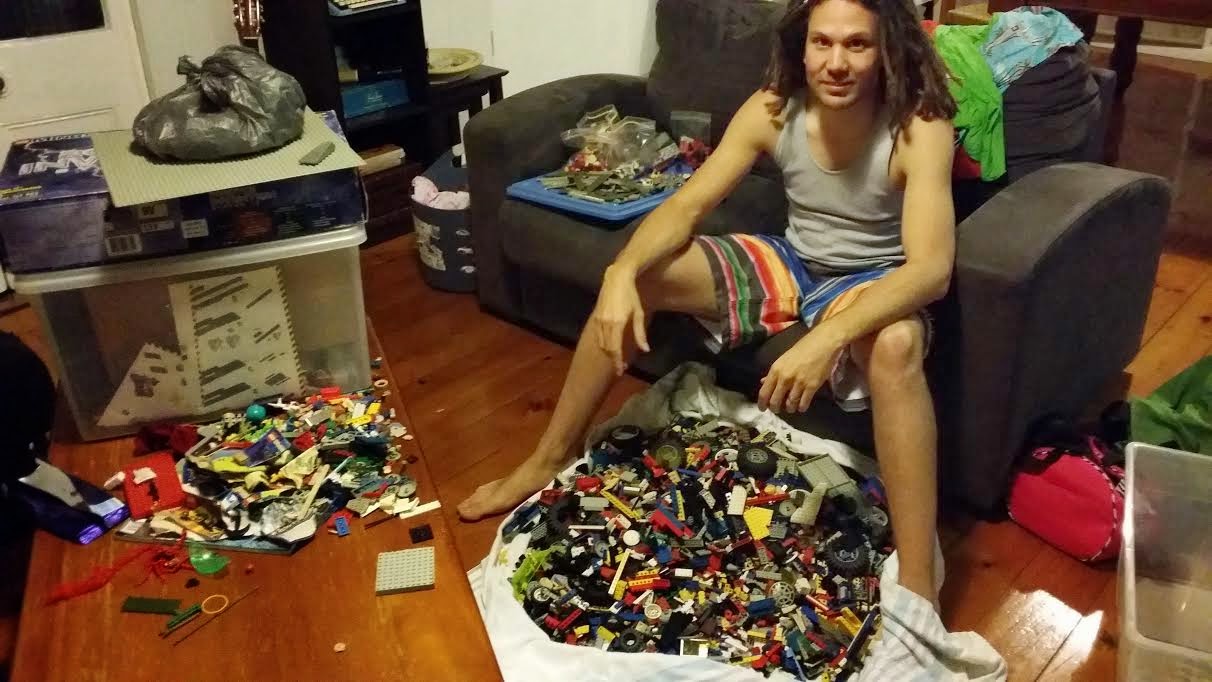 You can’t actually tell by the look on his face, but he’s having a great time here, sifting and sorting through decades of collected Lego. The stuff on the left of the photo (on the coffee table) is the broken bits and fake Lego that are to be repurposed/discarded. The stuff in the box is yet to be rifled through, and the big pile in front of him is what he’s been swishing around for the last 2 hours, ever since the kids went to bed. I think the sound of Lego being “sorted” may do my head in if he keeps it up all week!

One thing he has found somewhat concerning, is all the bits and pieces of Lego people, and the severe shortage of hands. He is afraid something like this may have taken place over the years: 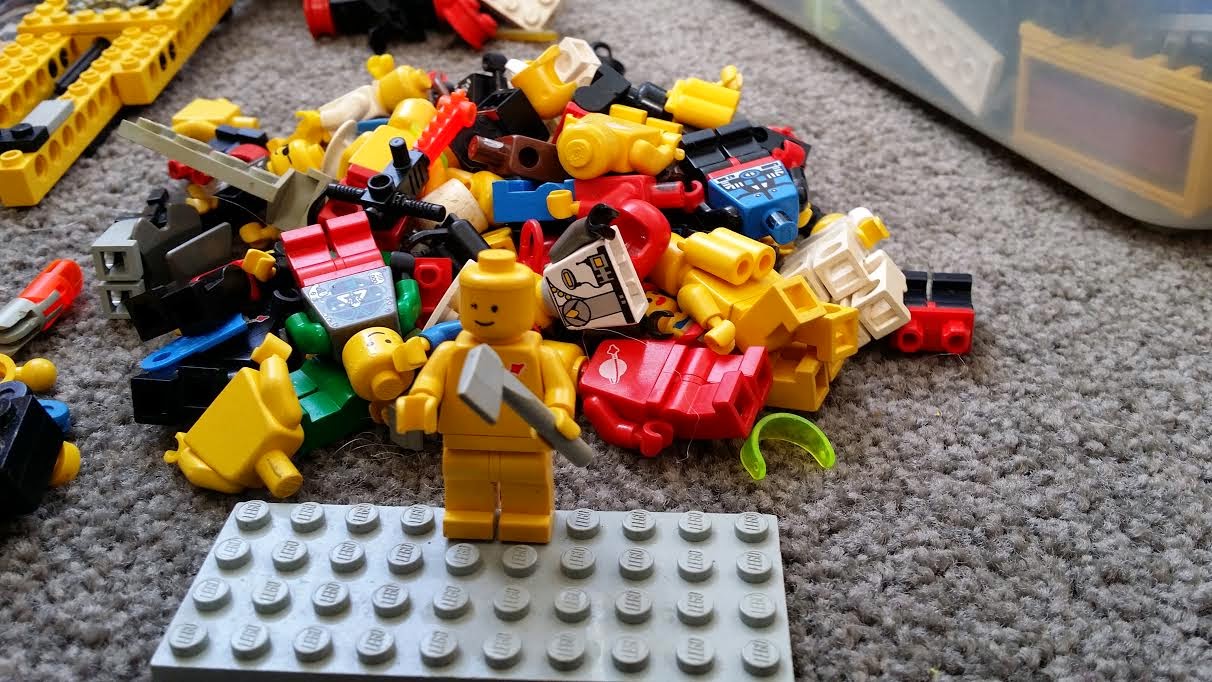 Anyway, he’s having a lovely time playing “big boy Lego” as it is currently called in our house, with Chanbe, and looks forward to even more Lego building with Quinndy once she’s old enough. In the mean time, I’m happy to stick with the Duplo.