I’ve been trying to blog about my week away for over a week now, but I’ve been having some photo uploading issues. That and I’m addicted to The Crown. Moving on…

When the school holidays were fast approaching, I decided I really wanted to get away with the kids for a week, preferably with someone else on hand to help out. I then realised that Nanna’s 100th birthday fell on the middle Sunday of the school holidays, so if I was going to go away, it would have to be the Gold Coast. I jumped on line and found something fairly reasonably twice (reasonable after 2 glasses of wine on a Friday night if I’m being honest!) and just booked it.

So on the Friday in the middle of the school holidays, armed with my niece and brother-in-law (who drove the kombi), we set off down the coast. 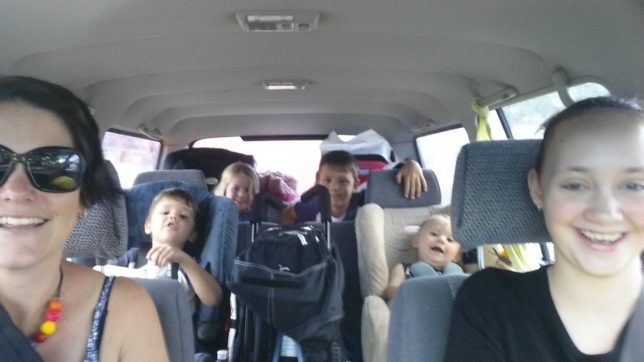 I had rented a 3 bedroom townhouse on a canal in Elanora called Isle of Palms, and honestly, apart from being a bit on the small side, it was perfect. There was a lot of this: 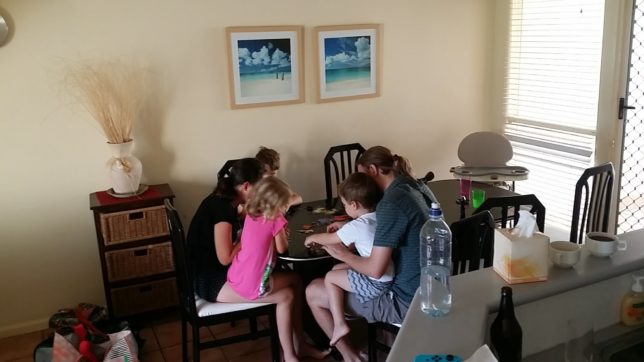 Josie and Jacques only stayed until after the party on Sunday, and after that, it was just me and the kids, and my father-in-law 10 minutes away.

Even though I was a little apprehensive, part of me definitely wanted to know that I could do this whole “solo parenting” thing, so I went in armed with patience, loose plans, a positive attitude, and plenty of snacks, and gave it my best shot.

And you know what? We did all right. Better than all right. The place was just fantastic for the kids, and we got to spend a lot of time with “Poppy” (Frith’s Dad.) This was at our back door. 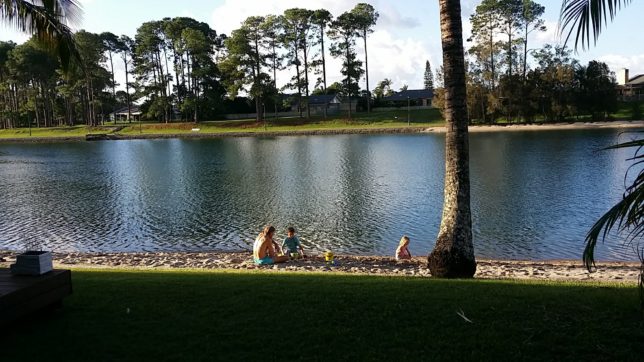 I did every evening on my own, and thanks to allowing them to watch TV every night while I put Jules to sleep, everything went really well and they were all out to it by 8:30pm each night. Which meant it was time for Commonwealth games watching with a glass of wine for me! Winning!

I was definitely exhausted by the time we were heading home, but I had booked in a sleep in for the Sunday morning, so I had that to look forward to. All in all an amazing week, and I would definitely go back to this place!