I thought I would share here what I said at Frith’s funeral, as well as the order of service, as some people were unable to make it.

Frith certainly had a way of getting people all together. And here we all are.

Frith would hate that I’ve written this out word for word. He always believed that the best speeches were off the cuff, made up on the fly and it was true. And many of you here know that he loved to mark most occasions with a few words, and sometimes a few swear words.

When Frith and I first got together just over 11 years ago, it was the start of something big. He has taken me on the most extraordinary journey and I know for certain that I wouldn’t know half of the people here today if it weren’t for him and his adventurous and unconventional ways. He has given me many gifts over the years, but the friends we have made along the way has been the best farewell gift I could ask for.

Frith was a numbers man. I’m not talking about basic maths – he was completely useless at that. Give him a complex physics equation to solve and he could do it without any remainders. Ask him to add 47 and 86 and, well, just give him a minute, and then check his answer. It was one of the things I was better at than him. That and directions. If he was in the car and thought he was supposed to go right, chances are he was meant to go left. It was his love of prime numbers in particular that kept his hope alive of having a fifth baby. Not that I was quite convinced of his logic on that one.

Frith was so patient. And he had to be, being married to me. It may shock you to know, but I am not always easy to live with. My uselessness with any kind of media or computer device is embarrassing. The number of times he had to explain things to me was absurd, but he always did so in a loving and kind way. Never once did he get frustrated with me that he was explaining something for the tenth time. One time I came home to a booklet he had made for me listing the instructions for turning on our media set up, complete with little diagrams. It was such a small gesture but it was done with such love.

Frith was such a wonderful Dadda. When the subject of children first got brought up between us, Frith said he either wanted none or 10. I guess you know which one he was aiming for. I remember before Chance was born, how he would say he can’t imagine going all gooey over babies. I think it took about 3.5 seconds for him to fall completely in love with Chance, and from that moment, he gave his all. He was so hands on with the kids from the moment they were born. I cannot tell you how often he would get up with the kids in the morning, knowing I had been up with them half the night, and take them to the playground, or the local garage sales, or just for a walk to see the neighbours. Just so I could get a few more hours sleep. What a gift to give a tired mum.

This was a regular occurance, not just something he would do to get brownie points, though brownies were always appreciated, and often given, as a thank you. He taught me so much about spending quality time with the kids. He would sit down and play Lego with them for hours, if that’s what they wanted. He would read endless stories and do all the voices to make them laugh. He would take them to the playground and spend hours there, only returning when they were, or he was super hungry.

I would often see him looking out into the distance while he was pushing kids on the swing. I would look at him adoringly and ask “what are you thinking about honey?” His answer would not be a deep and meaningful insight about parenting or his amazing wife, but rather something along the lines of “how high do you think I would have to swing Darby before the acceleration reached maximum velocity and blah blah blah”. He was always thinking. Always questioning. Always scheming. Always plotting.

His generosity was endless. He gave his beer, his talents, his IT knowledge, but most of all, he gave his time to people. When Frith was with you, he was really with you. He wasn’t checking the time, watching any clocks, or thinking of somewhere else he had to be. Wherever he was, right in the moment, was where he needed to be. It made him run late for things sometimes, but he wasn’t concerned. He made us all know how important we were to him in that time, and in our busy society, isn’t that such a rare and admirable trait? And it seemed effortless to him. The number of times I tried to rush him for things and he would stop me, and look me in the eye, and assured me that the party wouldn’t start without him.

Even if he was running late to work, and many of you here know that happened a bit, he would always take time to bend down and give the kids huge kisses and long cuddles. He never really hurried anywhere, and used to get cranky at me if I rushed him. In fact a couple of weeks ago, I was hurrying everyone to get to the playground to meet a friend, when Quinn turned around and said “how can we be late to the park?” Well played honey.

Frith greeted everyone with a smile, and would always introduce himself as articulately as possible in the hopes that they would get his name right. Hi. My name is Frith. Chris? Fred? Fritz? Sure. Whatever. He would rarely correct people. He would get down to kids levels to say hi, and would win them over easily with a high five. Not the stinging Todd high fives he dished out to the rest of us mind you.

But he wasn’t always the epitome of grace. He could be loud, obnoxious, arrogant, opinionated, rude, and sometimes deliberately downright offensive. But we loved him so much. He was real. He was different. He didn’t try to fit in, and he certainly didn’t fit any mold. In fact, he didn’t just break the mold, he obliterated it. There is no one else I know like him, yet he had such incredible connections to so many different types of people. He was part professional, and part bogan, and everything in between.

This last 9 days has been a real eye opener for me. Frith never really told me many work stories. I sometimes overheard him telling other doctors at the many dinner parties we had, but he took patient confidentiality very seriously, unless of course it was a really funny butt joke. This huge community, particularly in Rockhampton have shared the most incredible, personal stories about how Frith has cared for and helped them and their loved ones. His family and I have been given such a wonderful insight into a world and a huge part of his life I knew very little about. In years to come, these stories will help our kids to understand their Dad even more and I am so grateful for this.

The word that has come to mind so often this week is, ridiculous. This whole thing is ridiculous. The reason we are here is so ridiculous. What I have had to do in the last 9 days, and the conversations I’ve been having with my kids? All ridiculous. I’ve stopped trying to make sense of it, and have just been listening to the kids and trying to answer their questions as best I can. I know from all the messages and the love of my family, that I will have so much help with this in the days and weeks and months and years to come.

There have been so many tears, but also so many warm embraces, messages of love and support, and the realisation that we will be okay. Not today, not tomorrow, but one day. We will think of him every day. We will miss him every day. But he lives on in our kids, in our memories, and quoting a comment from Random Intern, “in the plates and screws in the femurs of the Central Queensland public.”

When we get to the RE after this, please take lots of photos as you all look amazing. it may seem inappropriate but so was Frith and he would love it.

I will leave you today with an ending, but also a hope for new beginnings. Frith used to read the kids stories most nights. He would sometimes refuse certain books if he thought they were rubbish, but he would never say no to Dr Seuss. So can I say to each and every one of you. Thank you. Thank you for loving my husband. For loving the father of my children, the son, the brother, the uncle, the nephew, the friend, the colleague, the neighbour, the Doctor, the nerd. Thank you for seeing the special things in him that we saw. Thank you for sharing him with us. I will leave you with the final words of one of Frith’s favourite Dr Seuss books.

Fox in Sox, our game is done, sir.
Thank you for a lot of fun, sir. 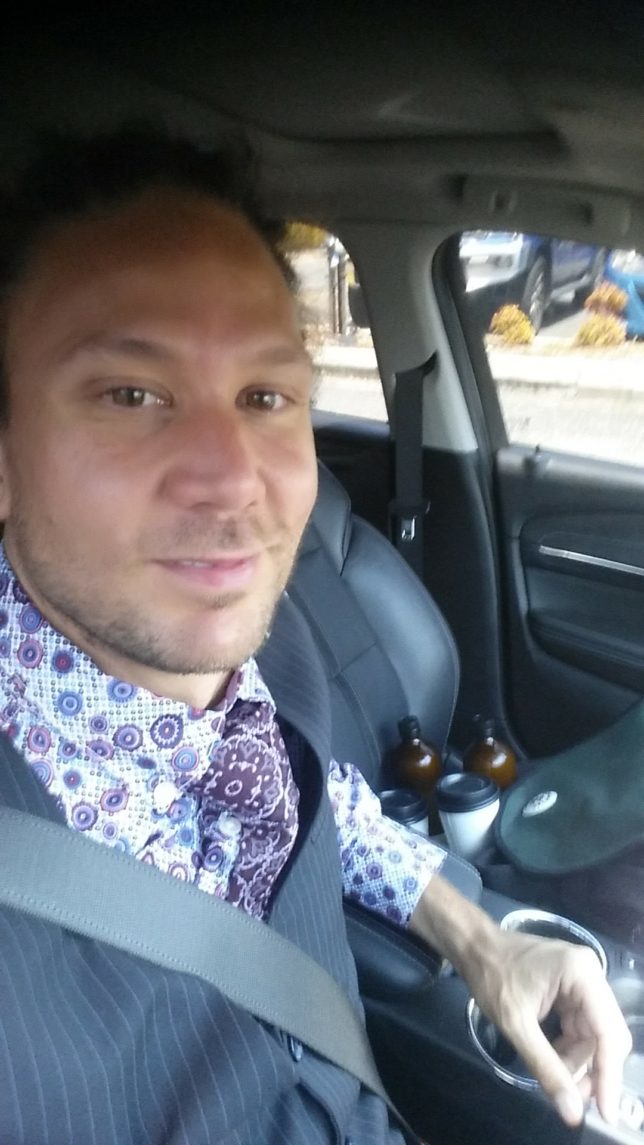