I’m so glad I wrote down today’s journey as we went, as there’s no WAY I would have remembered the route that we had taken! Before we left the dodgy Motel 6, Hubs was looking at our huge book of maps of the USA from Walmart, and thought it might be nice to take the scenic route up through the Smoky Mountains. Heck yeah baby! I had booked us in to Smoky Bear Campgrounds for the night and I had mentioned we might not arrive til 8pm or so, so we had the whole day ahead of us. Except that we lost another hour crossing a time zone, but we left at 10:30am local time and changed time zones not long after.

We stopped in at Chatanooga for some supplies (mainly a 2L bottle of Smirnoff Blueberry for a measley $25USD) and left around 3:45pm. We still had a fair way to go at this stage, but with 4 or 5 hours of daylight left, we didn’t think much of it. The scenic drive was TOTALLY worth it. We went through Cherokee National Park which was gorgeous, then along the Cherohala Scenic Skyway. It was a very bendy road so we could only travel about 30-40mph. This proved interesting later on! 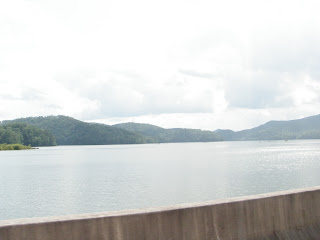 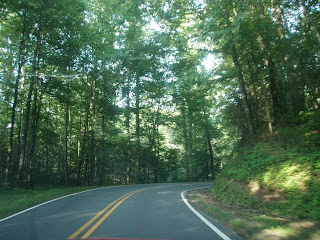 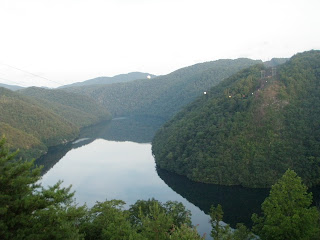 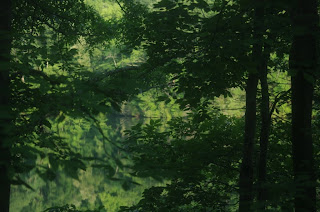 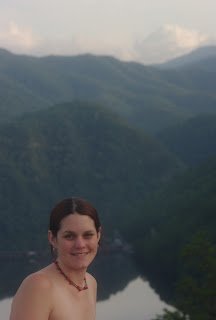 (Hubs and his naked shots!!) It’s hard to believe that all of those photos were taken within a few hours. The scenery kept changing!

As I mentioned, the roads were full of twists and turns…

Our drive took us through the Foothills Pathway which was quite secluded and really beautiful. We caught a gorgeous sunset as well! 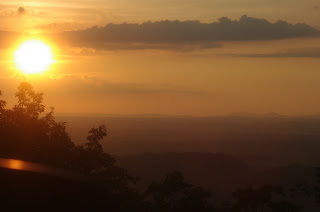 As the daylight was slowly fading, I kept thinking “we must NEARLY be there”, and I must admit, once 8pm rolled around and we still seemed to have a little way to go, I started to get a little anxious. After all the times people had said “You’re going to the Smoky Mountains? Well, be careful of the bears!!” I really wasn’t at ease. I didn’t want to be setting up at tent in the dark with the possibility of bears poking around. Hubs was doing his best to calm me down, reminding me that there were OTHER people who said that there was really nothing to worry about, and that he wasn’t worried in the slightest.

We finally got to Gatlinburg around 9:15pm and I thought we must be really close! But the campground was on the other side of the town (the town was absolutely buzzing by the way!) so we kept driving… and driving… and I kept getting more and more anxious… and finally we arrived, at 10pm, and it was very very dark. I asked Hubs if we could ask if they had a cabin and he gave me the go-ahead. I went to the office and they actually offered us the only cabin left – the Baby Bear cabin. We said we’d take it for 1 night and then set up our tent for the 2nd night. And I asked them:

“Do we need to be wary of bears?”
to which they responded:
“Well, we’ve been running this place for 6 years and have never seen a bear in this area.”

So after quite a stressful day (brought on myself, mind you) we had some vodka and snacks for dinner and had a great night sleep, not thinking about bears at all… 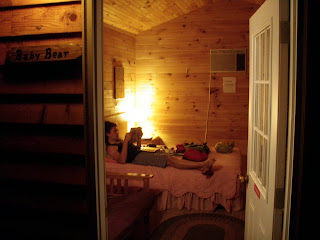