A second day of sight-seeing in Washington DC.

Today we had a better start after a fairly good night sleep. The Hostel really was dirty and kinda gross, but what it lacked in cleanliness, it made up for in character. Oh, and free peanut butter and bread! We set out for Capitol Hill once more, and this time we were more prepared! 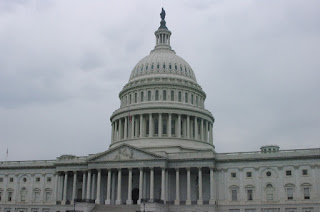 All the Museums and Monuments are free in Washington which really is wonderful, but they only give out a certain number of tickets each day, so we cued up for our tickets and really didn’t have to wait that long. We went on a guided tour that was really interesting and well presented. We then lined up to sit in the Gallery of the House and listened to a Bill being debated. They (opposition??) were proposing a $700million mustang conservation project. Mustang the animal, not the car, that is! It didn’t get passed.

We left and sought out a McDonalds to do our McDonalds taste comparison. I got a cheeseburger and Hubs got an Angus Burger that hadn’t been introduced in Australia at that stage. My cheeseburger tasted the same as back home, though, it seemed to have a bit more onion in it. It was goooooood! Hubs’ Angus Burger was pretty good too. An unexciting yet necessary experiment!

We had met a guy at the hostel named Aaron who is from Oregon and he was keen to come to a baseball game with us, so we set out to watch the Nationals take on the Chicago Cubs.

And here they are! It was awesome! They had the dinky organ music and everything! 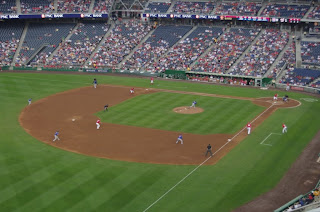 Here’s us drinking the ridiculously over-priced beers out of aluminium pint tins. ($7USD each!!) 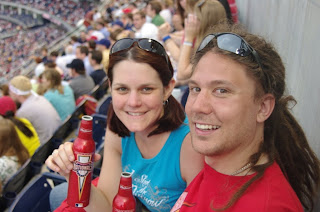 Luckily for us, Aaron was on a work junket and had a meal allowance, so he was quite happy to buy some beers and curry chips to share! 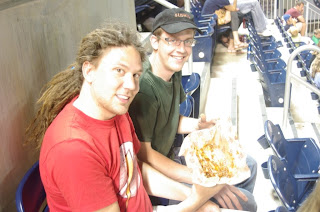 I decided to stick to my new love – Junior Mints. (Oh my goodness they’re SO GOOD!!!!!!! I still have a half-melted packet sitting in my cupboard!) 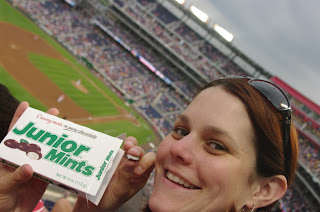 We were going for Washington and it was a really great game, but I think they lost pretty convincingly! Oh well. So much fun! 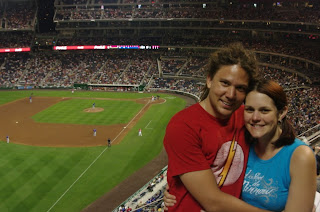 I think baseball in the US has gone the way cricket in Australia has. You used to be able to go to the cricket for $10-$15, sit in the sun and drink cheap beers and have a fairly cheap and entertaining day. Now with all the new fancy-pants stadiums and alcohol regulations, it can turn into a very expensive evening out. But we did have a great time with our new friend, and afterwards we headed back into town to grab a beer. This was easier said than done! After wandering around for about an hour and a half, we finally found a place (reminded me of the Belgian Beer Cafe in Brisbane) and had some fancy beers (I had raspberry! YUM!) and then went home.

I thought we had to catch an 11am train the next day, so I set my alarm for 8:30am. I should have double-checked the tickets. To be continued……