The thing about not having a lot of spare cash is that we tend to lean towards the cheaper “things” just to save a few dollars here and there. Problem is, more often than not we have to end up buying the more expensive “things” down the track because the cheap stuff is… well… it’s cheap. And nasty. We have had cheap buyer’s remorse for the following:

Shoes – cheap pairs that have lasted only 1 year instead of good pairs (e.g. Colorados) on special that will last years and years.
Fibre – yes, I take fibre every day. I’m old okay? I had Metamucil to start with, but the Chemart brand was on special for a huge $3 less so I bought it. And it tastes like cardboard. (Funny about that.) So it’s just sitting there… (pun anyone?)
Shampoo – the last 2 bottles of shampoo I bought were on special for $2.99. When I went to buy new bottle the other day, I splurged on the $5.99 because I’m sick of my hair feeling like straw.
Nappies – We put Chanbe in disposables over night, and I mostly buy Huggies because they seem to be the most absorbent and it means I don’t have to change nappies during the night due to leakage which, if you’re a parent, you know this is a bonus. I’ve bought the cheaper ones and have had a few explosions. Not fun.
Flights – we have bought a few cheap flights and flown in and out of the Gold Coast, in and out of Avalon, and have flown at 6am and 10pm. It’s worth the extra $50 not to have to do any or all of these things.

I think I’m getting better at being a bit more objective and thinking a bit more long-term, or at least the short long-term (long short-term?). I think in the end, it saves us more money if we fork out a little more at the start. This is how I talked Hubs into renting the house that was a bit more expensive, but fully-furnished. This way we don’t have to buy anything (well, not much!) and don’t have to waste time trying to get settled into a place that’s only half-furnished. This was a good decision. Plus did I mention how absolutely fabulous the kitchen is?? Happy Wifey, happy lifey. 🙂 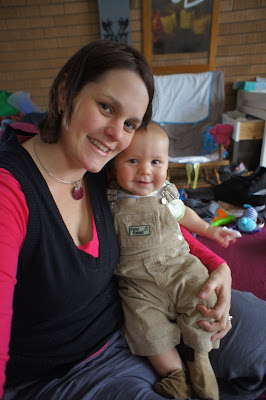