Thank you for your suggestions for my baker’s block last week! There are a few recipes that I will be trying, maybe even today! I ended up going with this chocolate sponge cake recipe. I had never made a sponge cake before, and apparently duck eggs are the bees knees for sponges. Something simple that I could jazz up. The idea was to make a “slab” and cut squares and put cream and strawberries on top. Which I did.  So I went to work, starting off with these beauties. 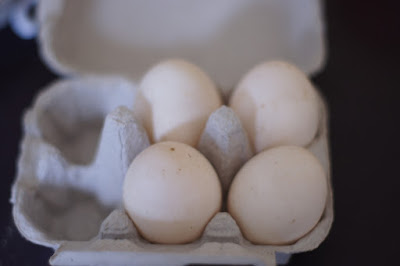 I had to beat until soft peaks formed. I don’t know if it’s baby brain, or the fact that it’s been quite a long time since I’ve baked, but I used the mixing attachment instead of the whisking attachment on my Kenwood. It took almost 20 minutes for those soft peaks to form. Oops. 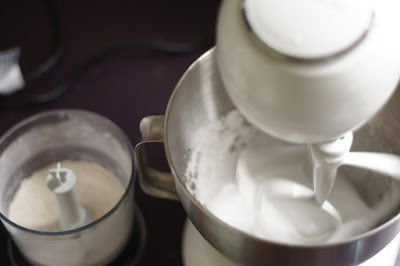 I also didn’t have any caster sugar – I only ever buy brown sugar – so I blitzed that in the food processor to make it nice and fine. I then had to sift the dry ingredients 3 times and then add them to the egg mixture. The problem was, the corn flour made the dry ingredients sticky and clumpy, and when you add the dry to the wet, you’re not supposed to overmix it. But it was really hard to get it all mixed through! 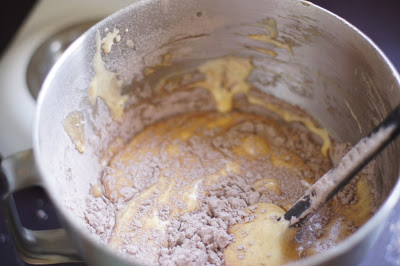 I chucked it in my pan and into the oven, and played the waiting game. It looked a bit lumpy, but I hoped for the best. 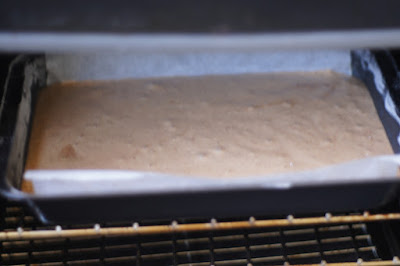 And I got it! So it seemed… When I took it out of the oven it looked like this: 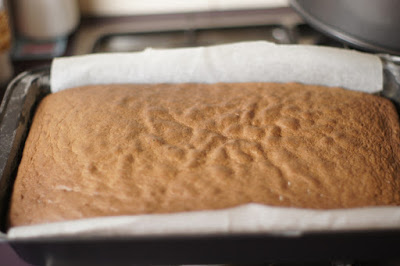 As my Nanny would say, “ooh la la!” It had risen and was soft and bouncy and just lovely. I left it to cool in the pan for 5 minutes, and when I turned back around, someone had burst my balloon 🙁 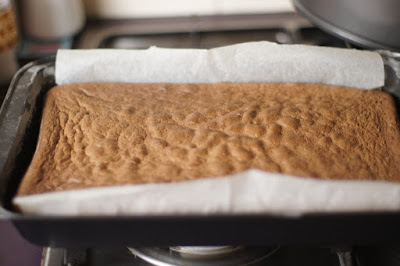 Oh well. I turned it onto a cooling rack, and cut it into squares. This is when I had my first taste-test. Hmmmm…. I couldn’t quite put my finger on the taste. It was somewhat… feathery. It tasted like farm. The duck eggs. I’ve read they have quite a strong flavour, but I really didn’t think I’d be able to taste it in a cake! It didn’t taste bad, just different. And it may have been my pregnancy related heightened senses playing tricks on me, because everyone who had it said it was yummy. But maybe they were just being nice, as not to make the pregnant lady cry.
They sure did look good! And they were light as a feather! (And tasted light as a feather too…) 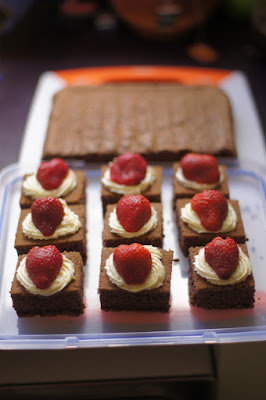 So anyway, it was kind of a success and kind of a failure at the same time. We are having people over 2 more nights this week, and one of them is gluten-free so I think I’ll try this jaffa cake that my friend suggested, and use it as part of a trifle since Hubs LOVES trifle and you know, I love Hubs.