I grew up camping. Even though Hubs can’t believe I could ever be so tough and not-princess-like to “rough it”, as a kid it was always an adventure and there was always fun to be had no matter what. Can I help it that, as an adult, I’d rather have a flushing toilet instead of having to squat, and a hot water to shower in, instead of a cold bucket of water to splash over me? And that I’d prefer a tent over a swag? (Who wouldn’t?? Seriously??)

Anyway, a friend of ours who has organised a few 4WD days with us was keen for a trip to stay at Lawn Hill National Park (check out the map of Qld to the right of that page – we actually couldn’t be any further from Brisbane if we tried!) and we were SUPER keen too, so he booked the campsites (there aren’t many there and they book up fast!) and we (I) offered to organise the food for everyone (7 adults, 2 kids, 3ish days). It was all booked and we were enthused. I spent a couple of days getting the food organised, as well as eskys and all camping paraphernalia I could think of (thank you google).

We planned to leave on the Thursday whenever we could get away, and meet the others up there late Friday night (aka we would see them early Saturday morning). Hubs was on night shift Wednesday night and I spent all of Thursday morning getting everything ready to pack in the car. Of course, out of the all the days to be late, Hubs didn’t get home til 9:45am (he’s usually home by 8:30am) and I informed him that everything was ready so if he was keen, we could “just pack the car” and leave asap, instead of him having a couple of hours sleep first. He was happy to be persuaded so after a shower and coffee, he got to packing. This took about 2 hours all up by the time we fit everything in, and this was the end result! (This is obviously on the road.) (Oh yeah, and we borrowed a canoe for the weekend…) 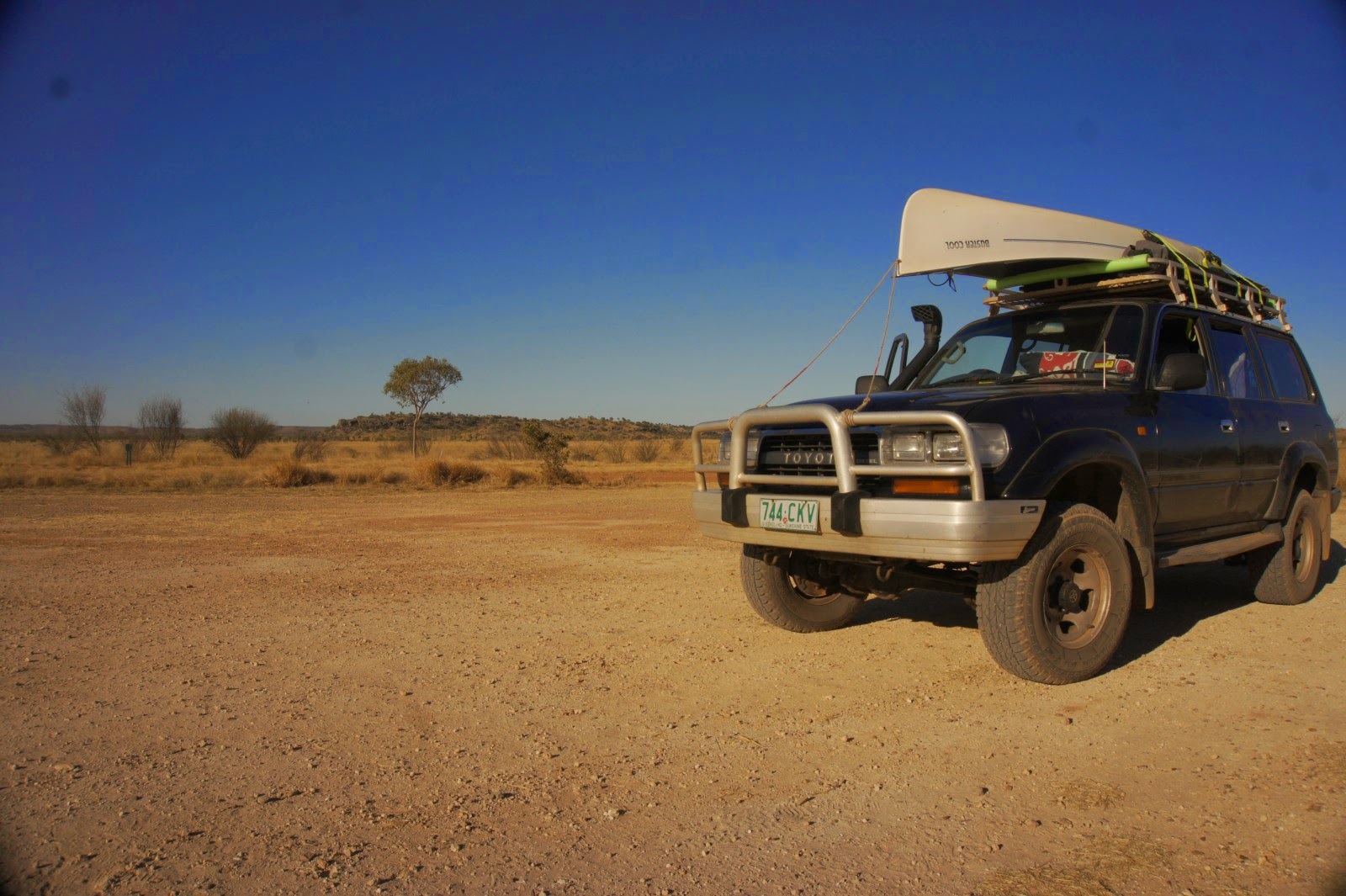 Gosh there’s so much to tell about this trip but I don’t want this post to be too wordy! Our camera batter died on the second day and my phone was dead so we had to rely on our friends to take photos which I copied over last night. But after 4 days of camping, we neglected to get a photo of our tent set up, which is a shame as we were quite proud of ourselves that we managed to set the tent up first try after never having done it before and only ever seeing the tent up once just before we bought it for $70 at a garage sale in Townsville over a year ago! And with Hubs not having slept for 24 hours!

There’s so much more I could say, but instead here’s what you’re waiting for:

We stopped at the Riverslea Fossil site: 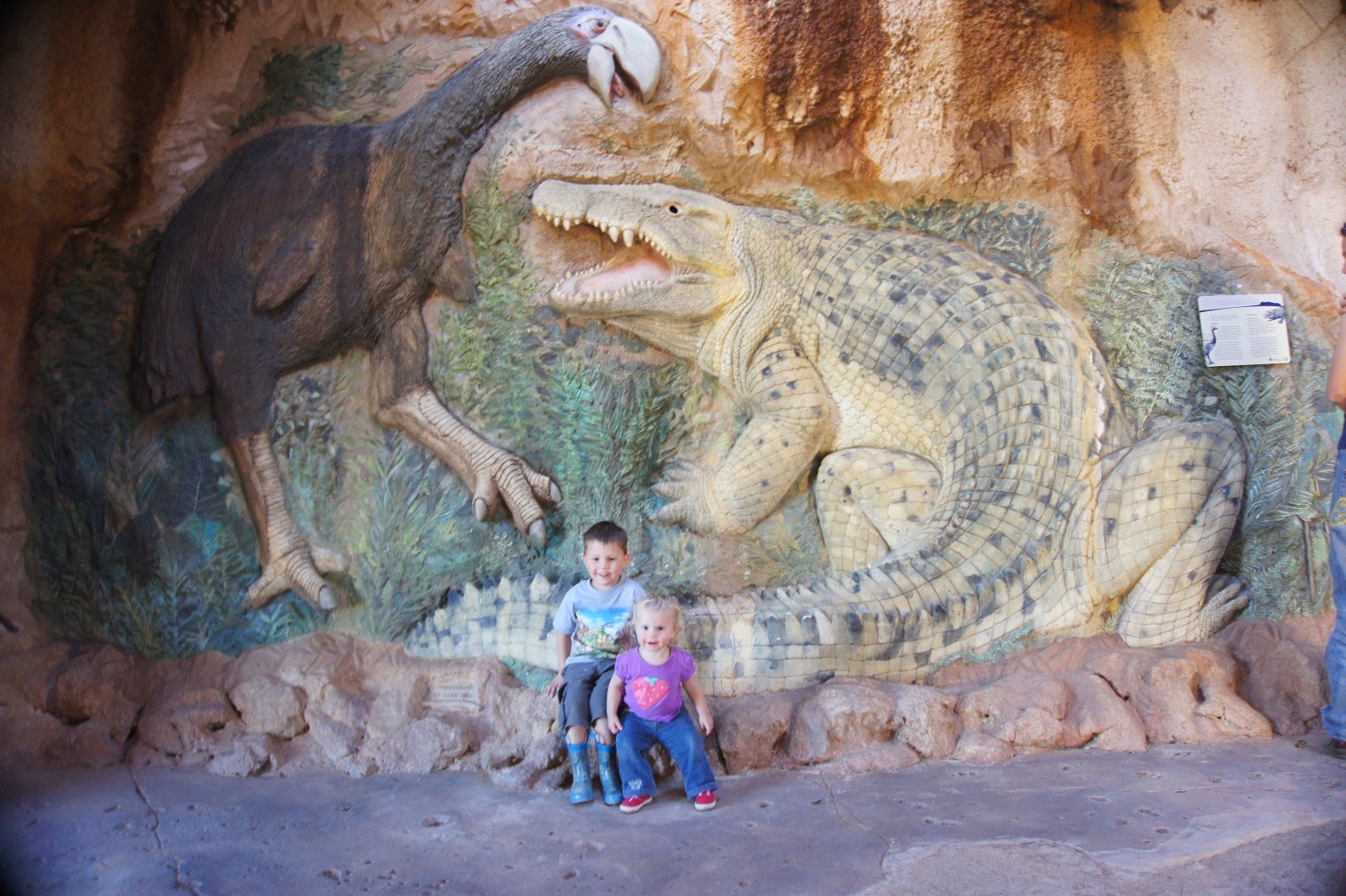 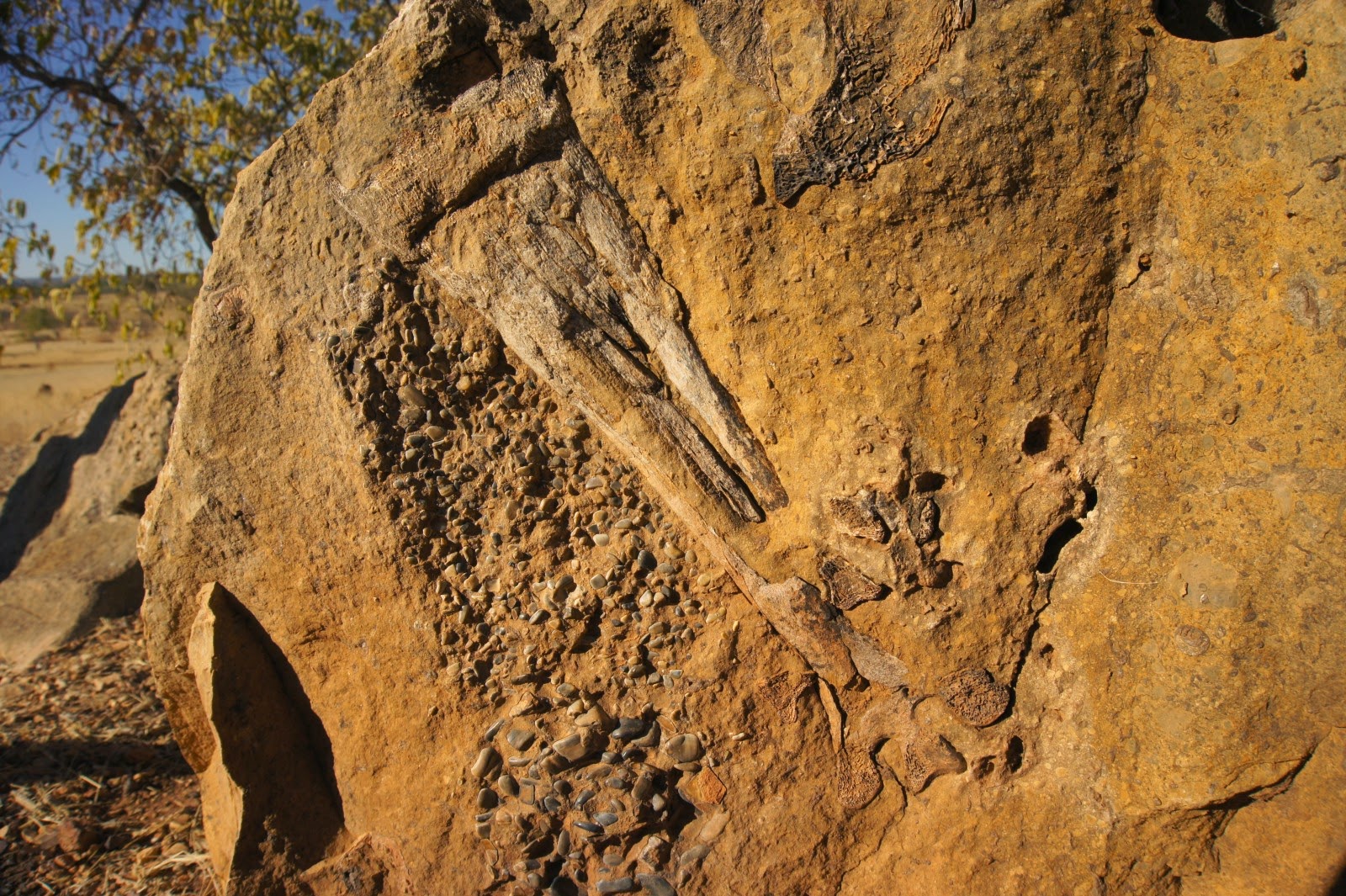 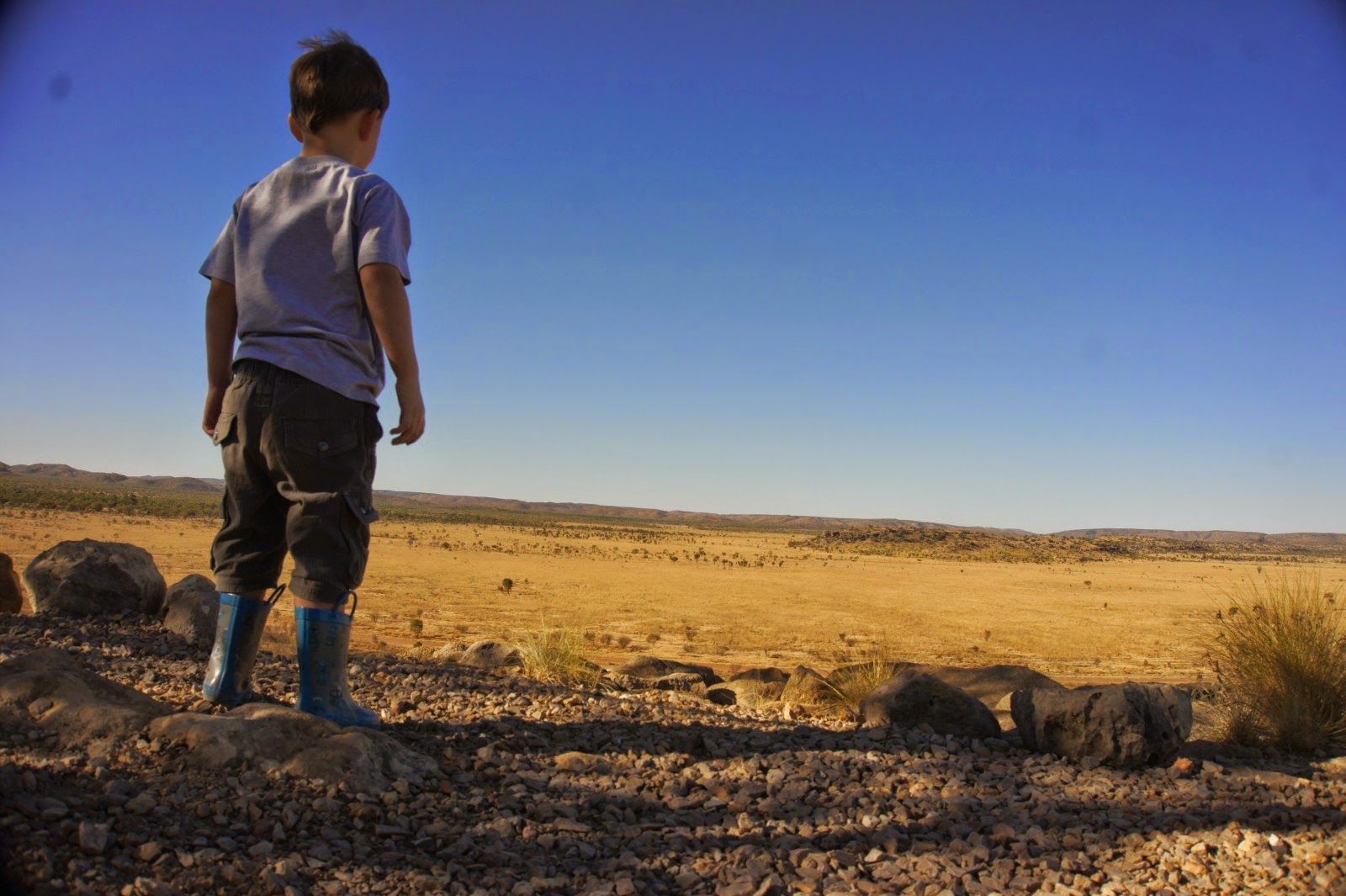 The next day while Quinn was sleeping and I was “supervising” Hubs took Chanbe on a walk up a “big hill”. That’s the gorge right in the middle and the campsite to the left. Rather stunning, no? 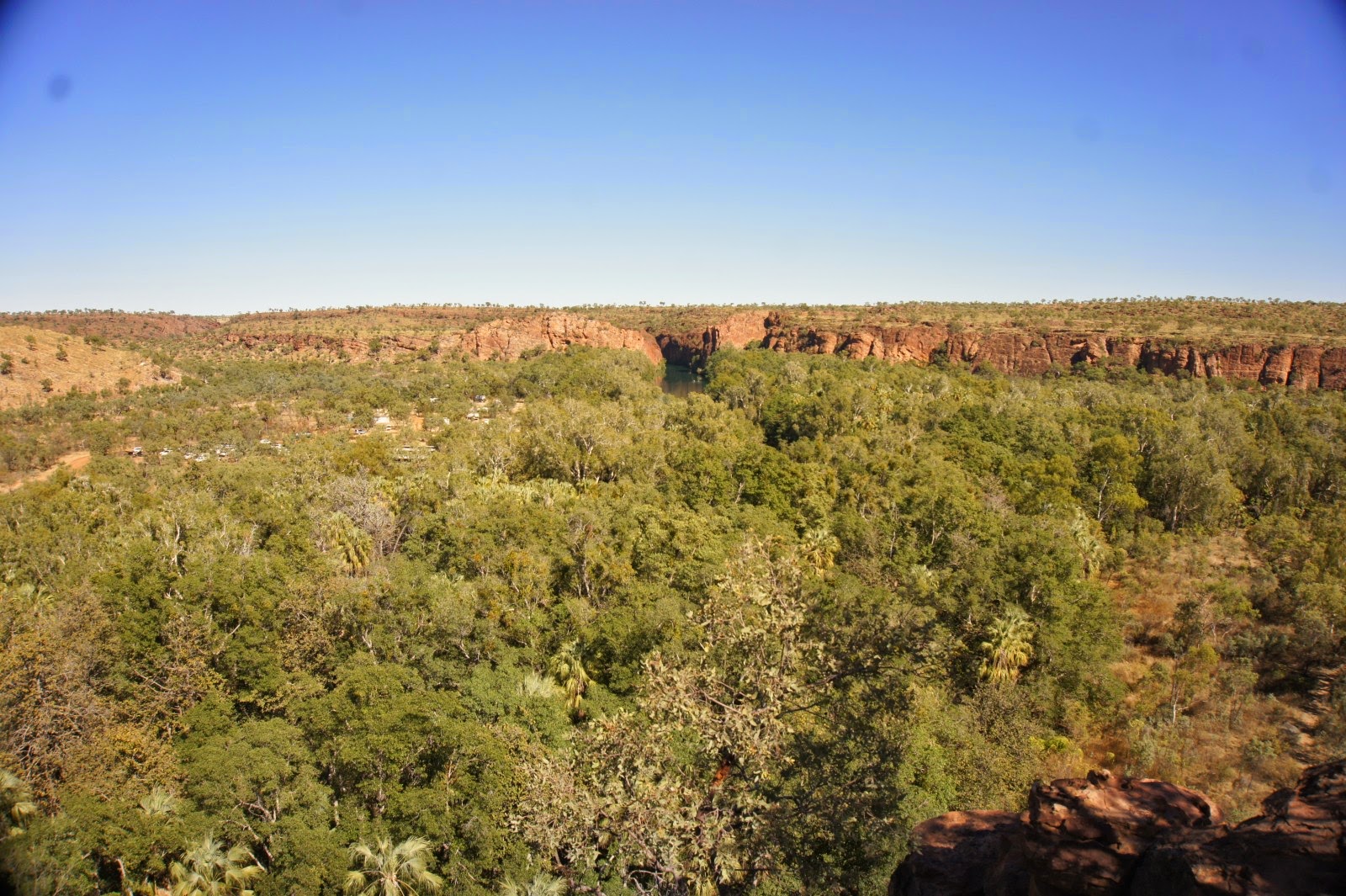 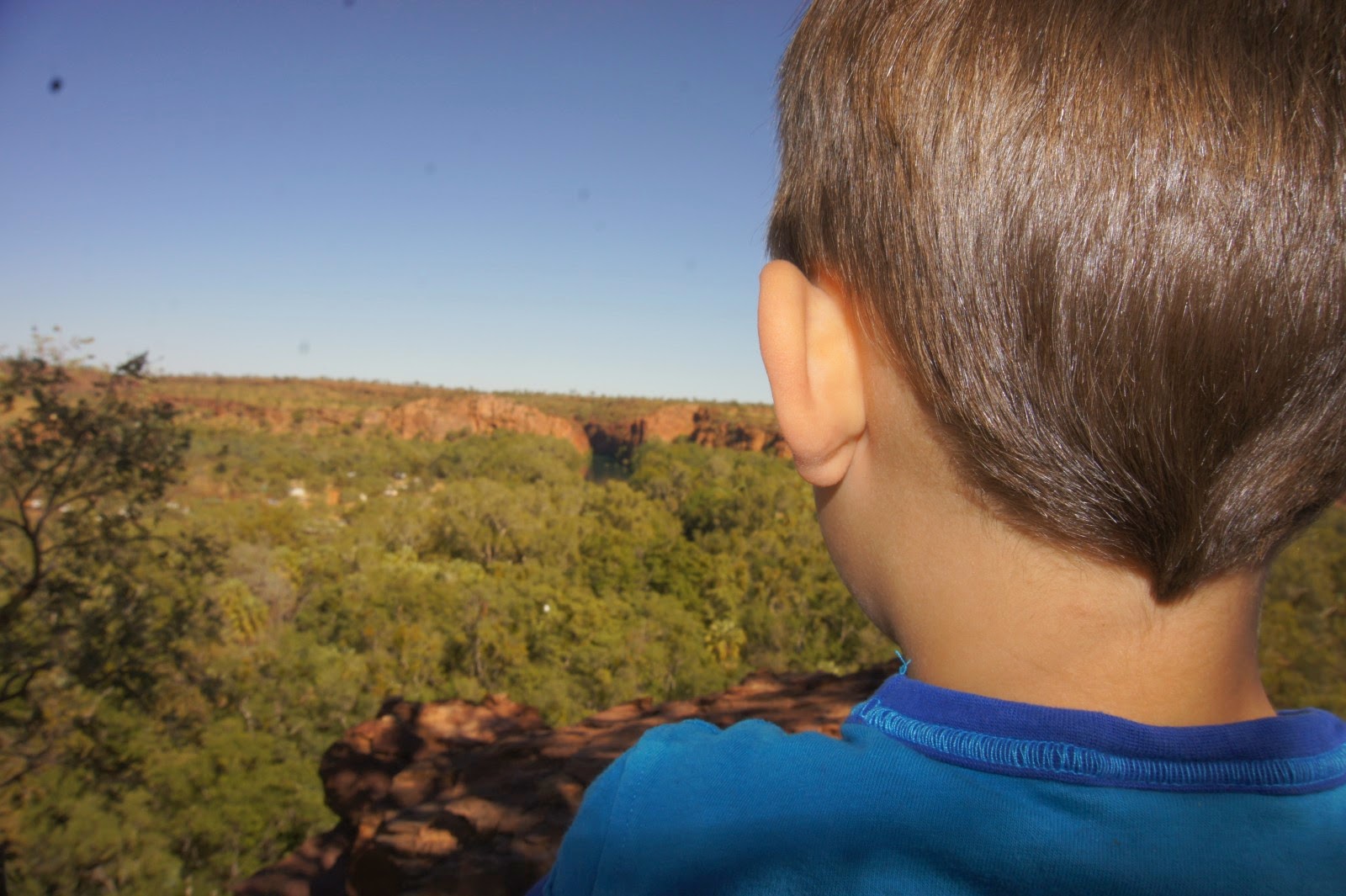 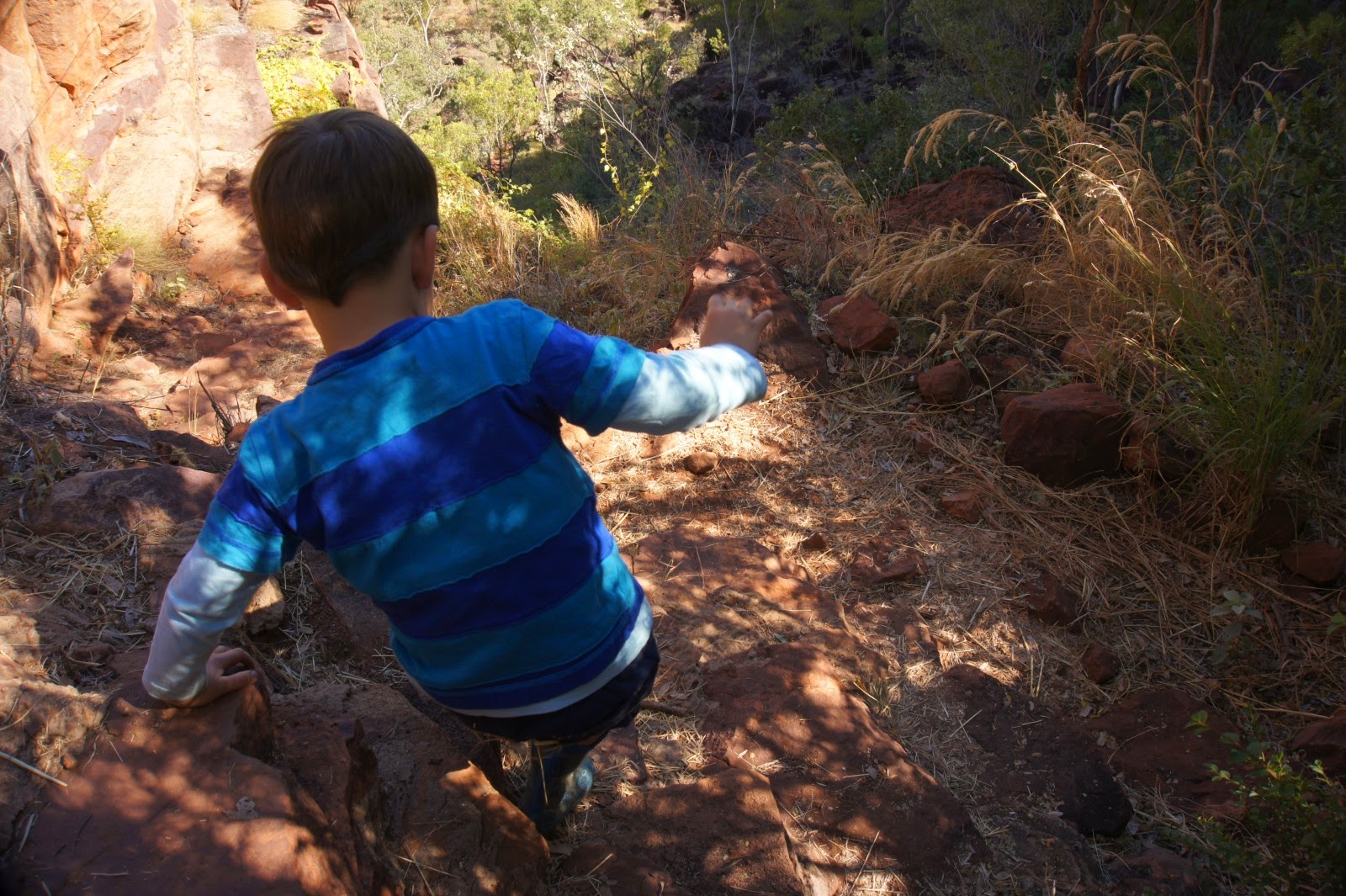 The next morning, our friends had arrived so we decided to check out a lovely swimming spot. Hubs, Chanbe, Felix and Erica took the canoe and Sonia, Amber, Lindsay, Quinn and I went by foot. It wasn’t very far, but it was a very exposed track. 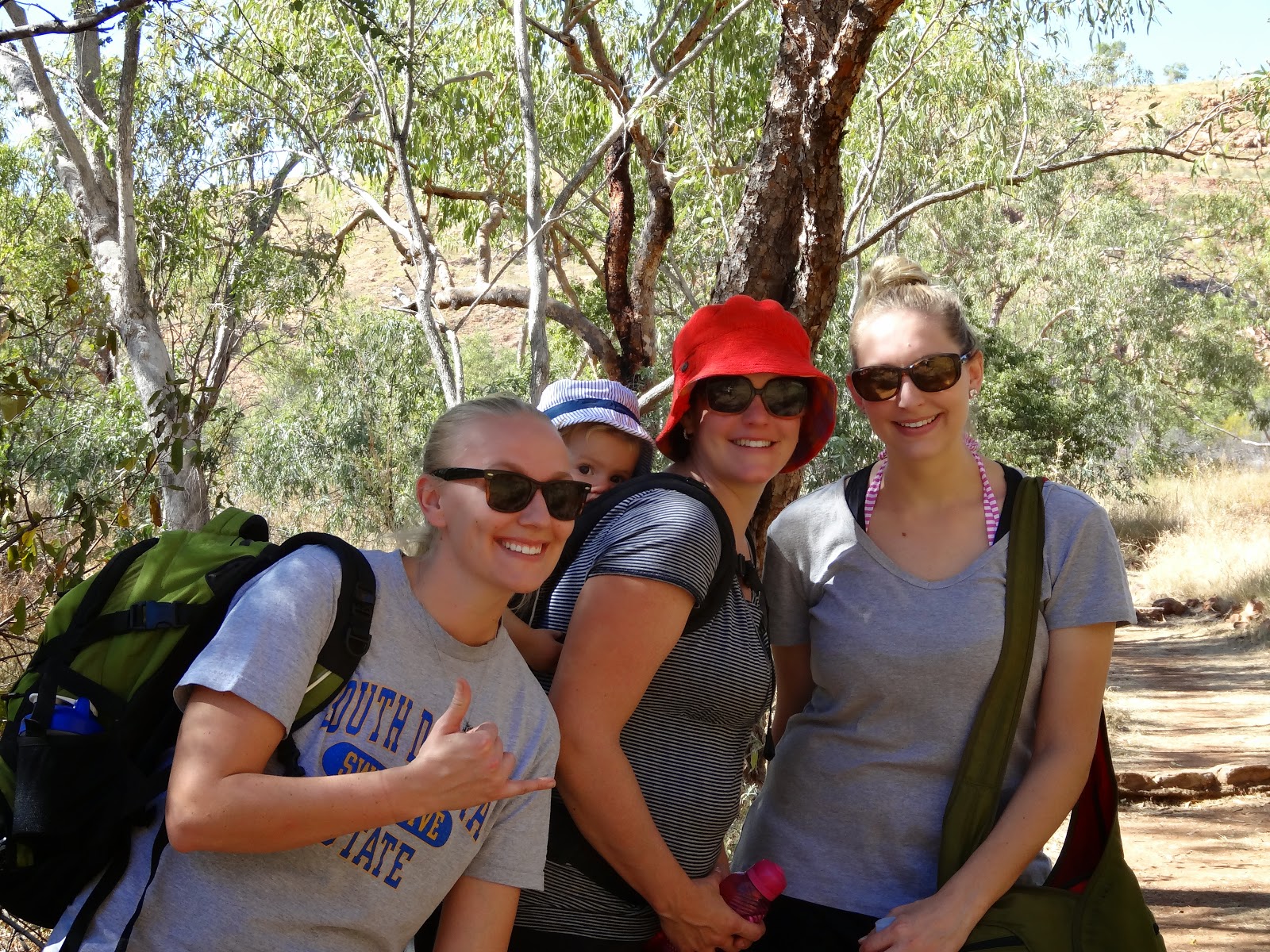 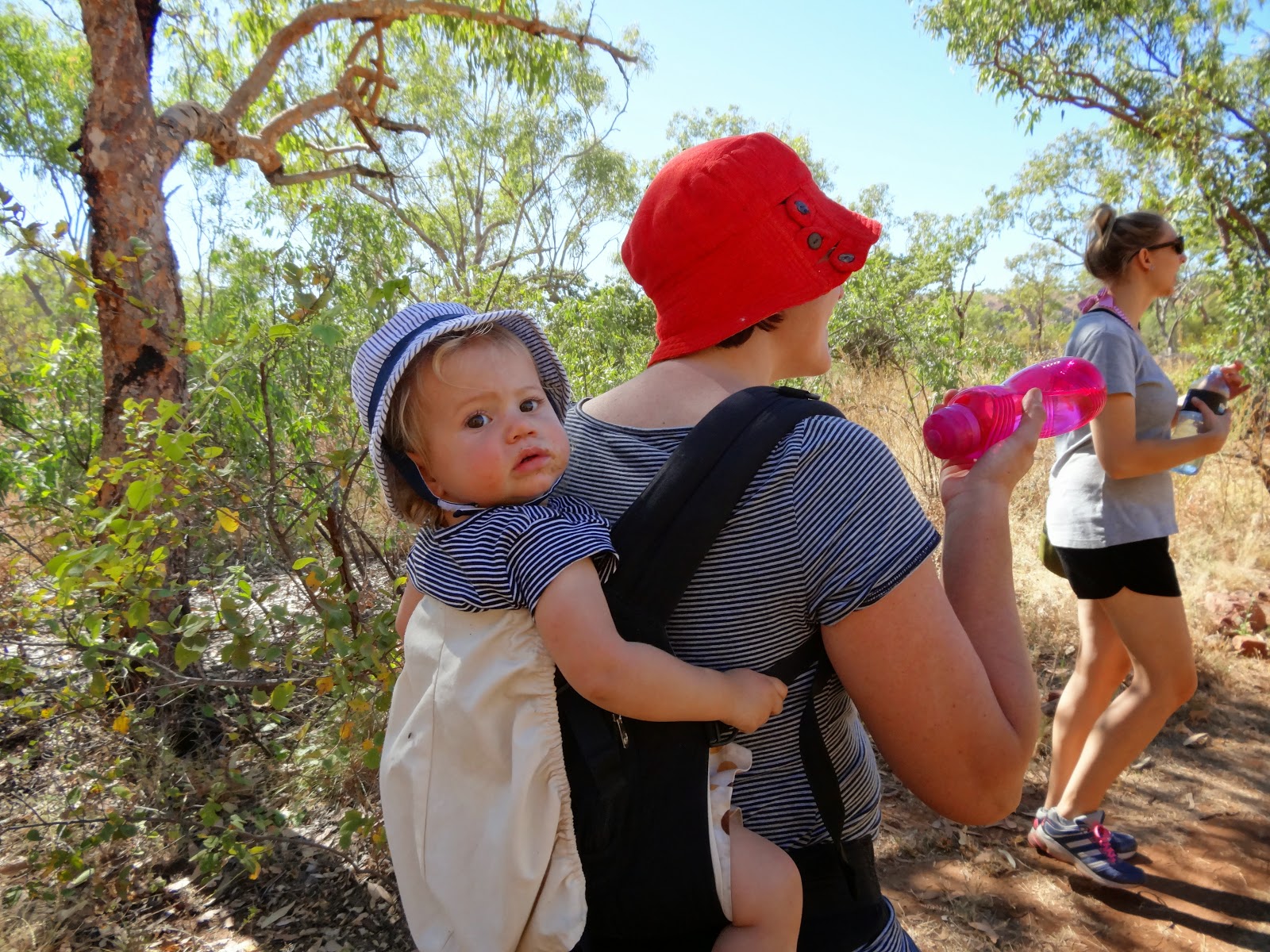 After the desert-feel of the walk, we go to the top of a (small) hill and had an “ooooooh” moment. 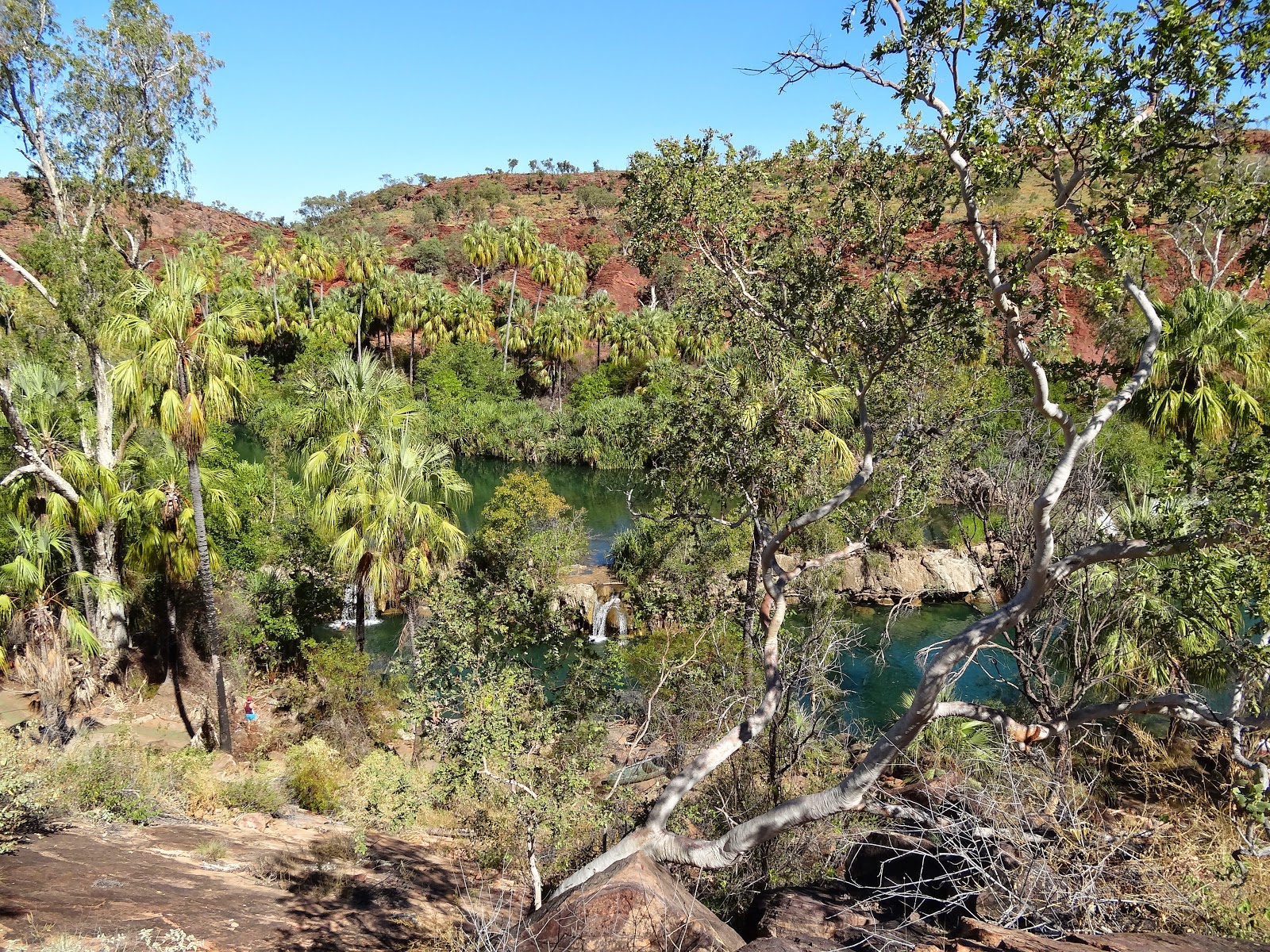 We couldn’t have timed it better, with the canoe load arriving at the same time. 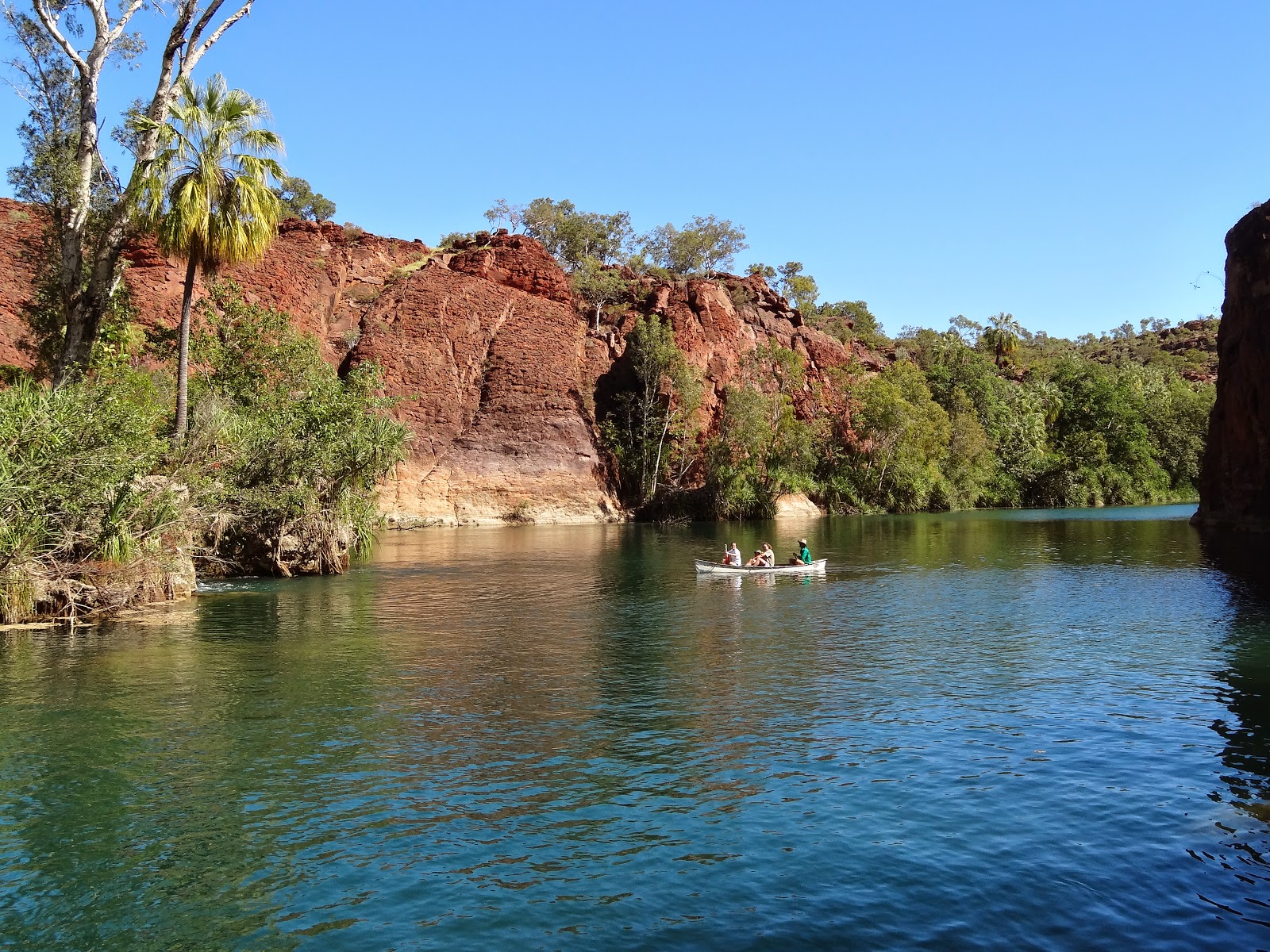 Just a touch (a touch) of paradise 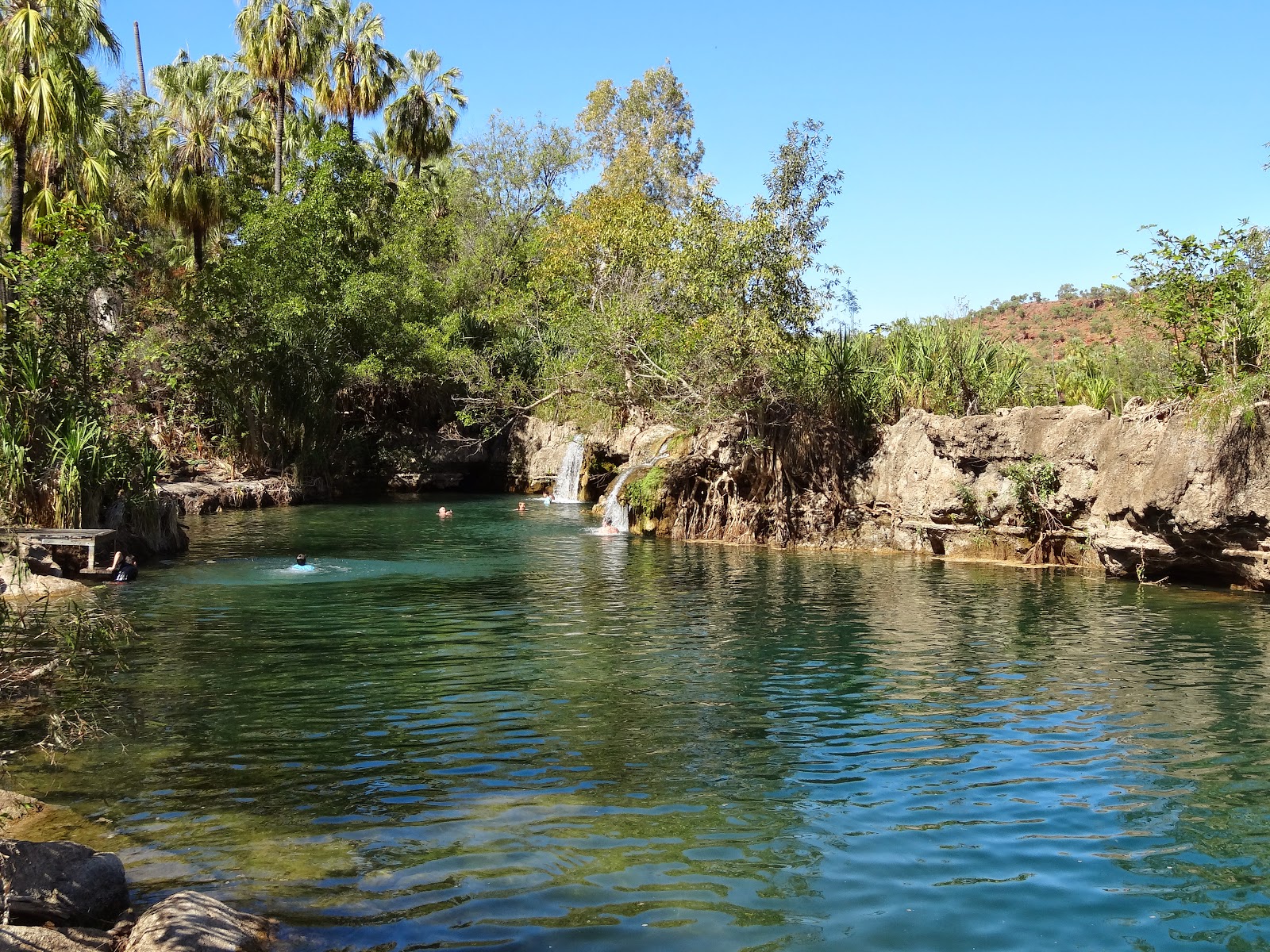 Obviously Chanbe had an absolute ball 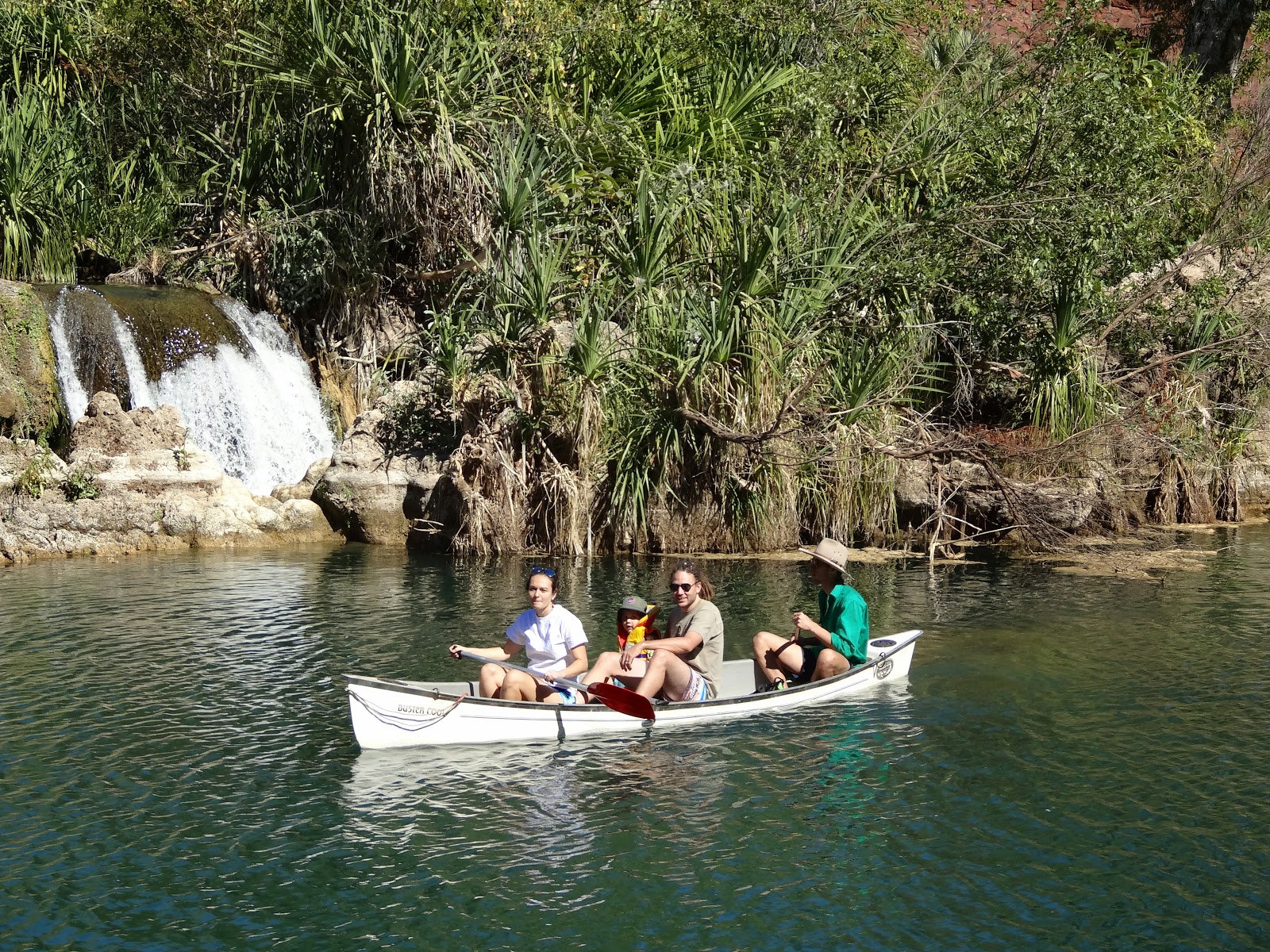 And Dadda enjoyed his Tarzan moment 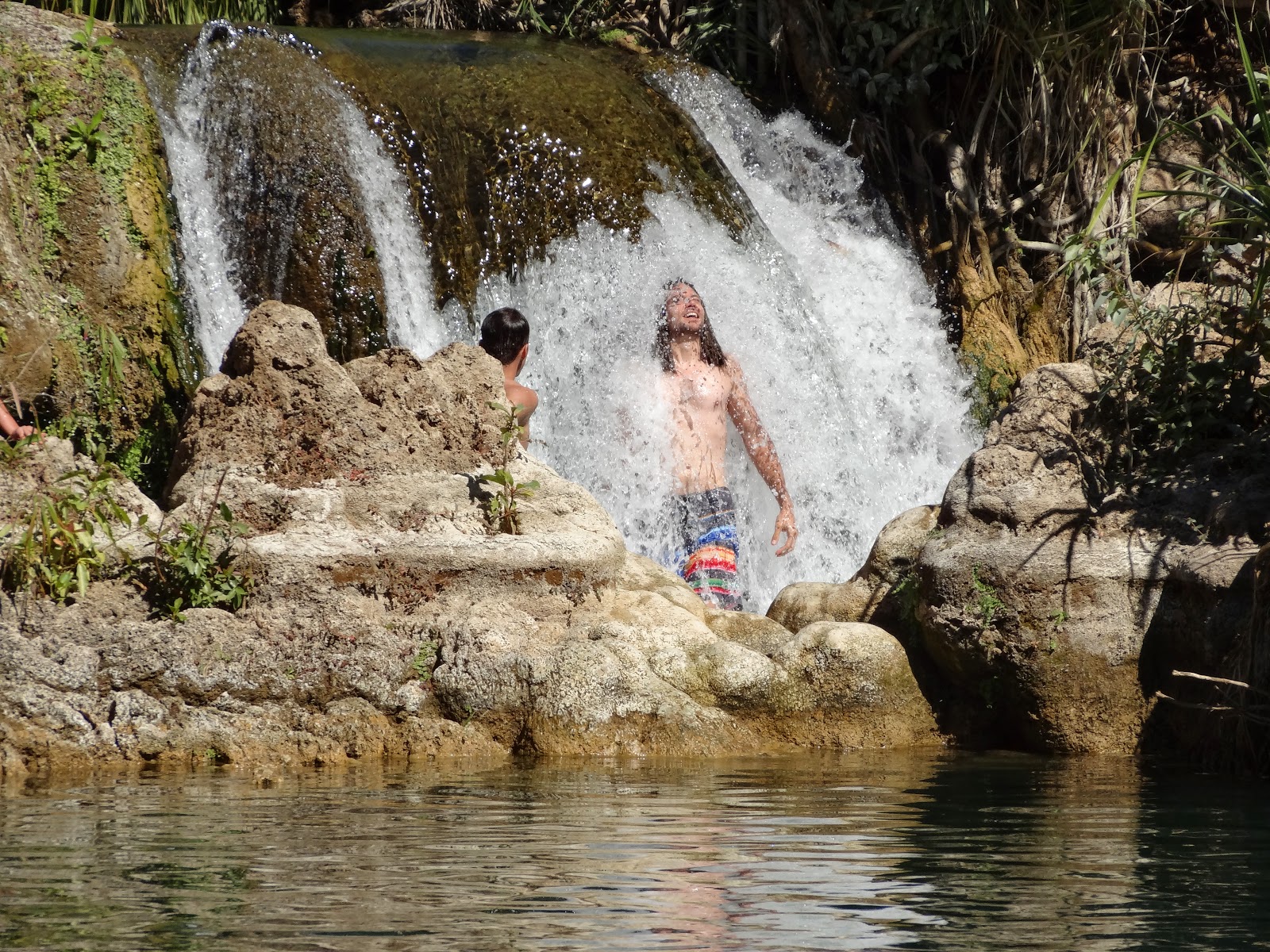 There was a lot of this… 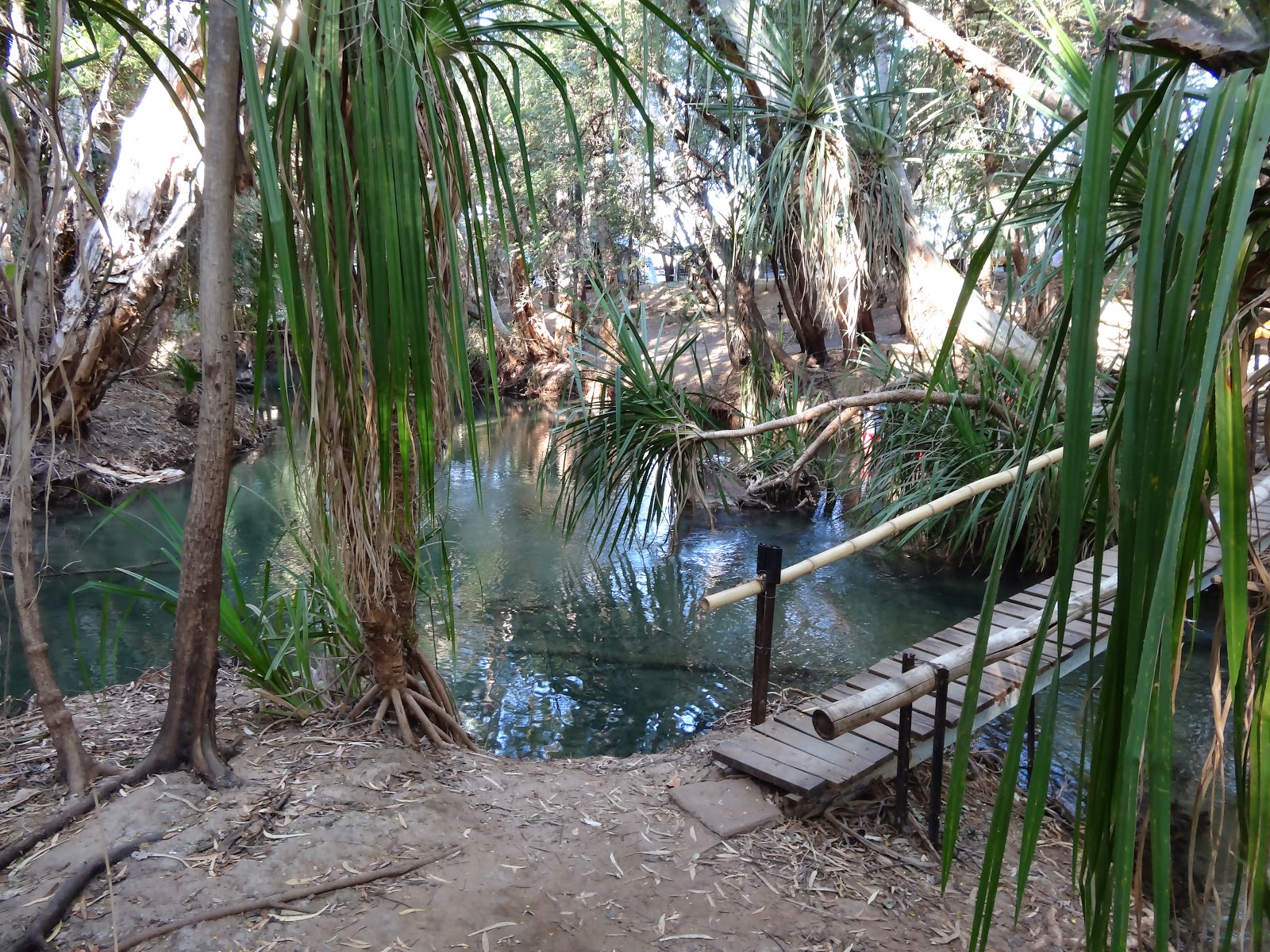 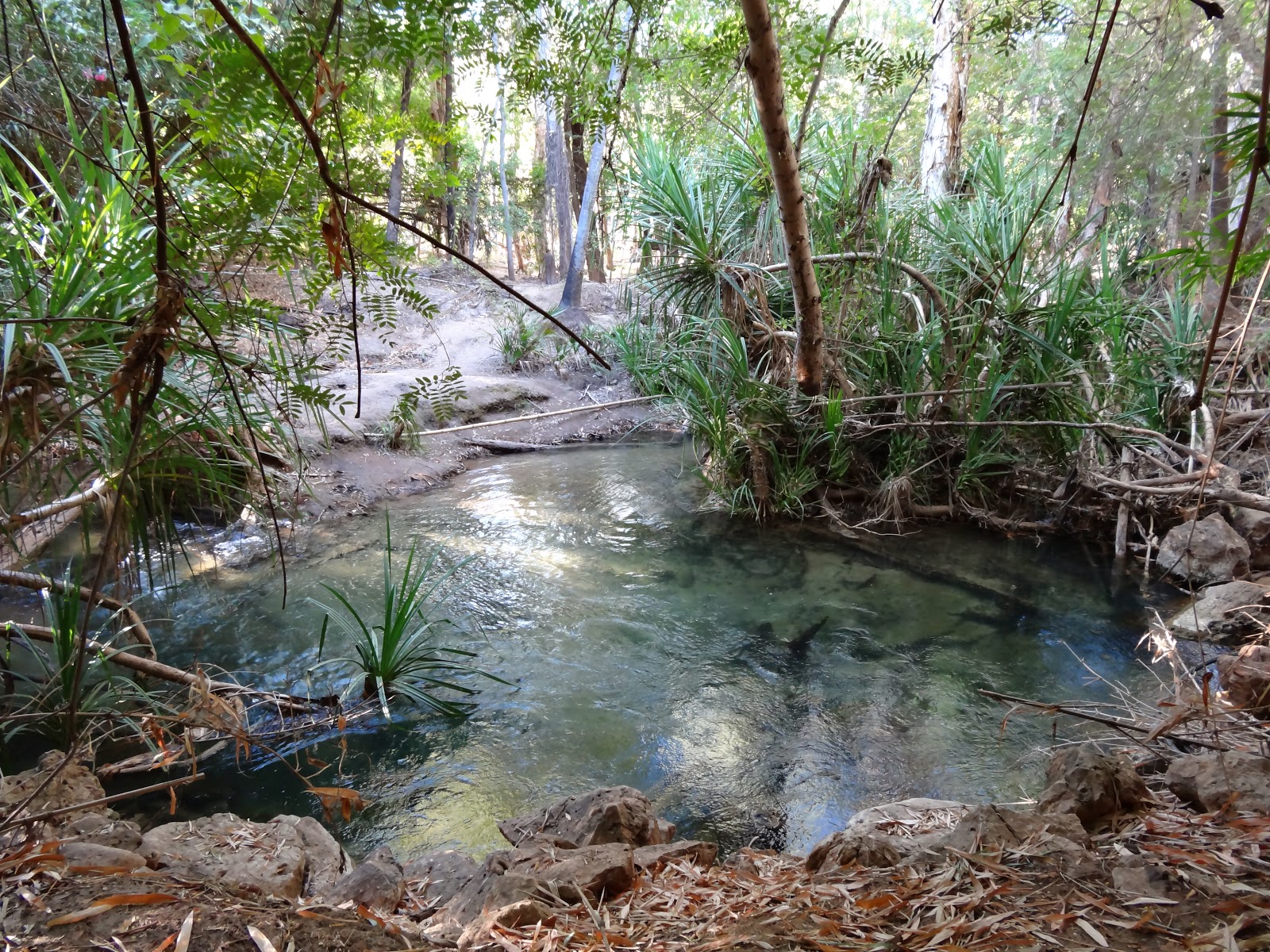 A beautiful sunset at the camp ground 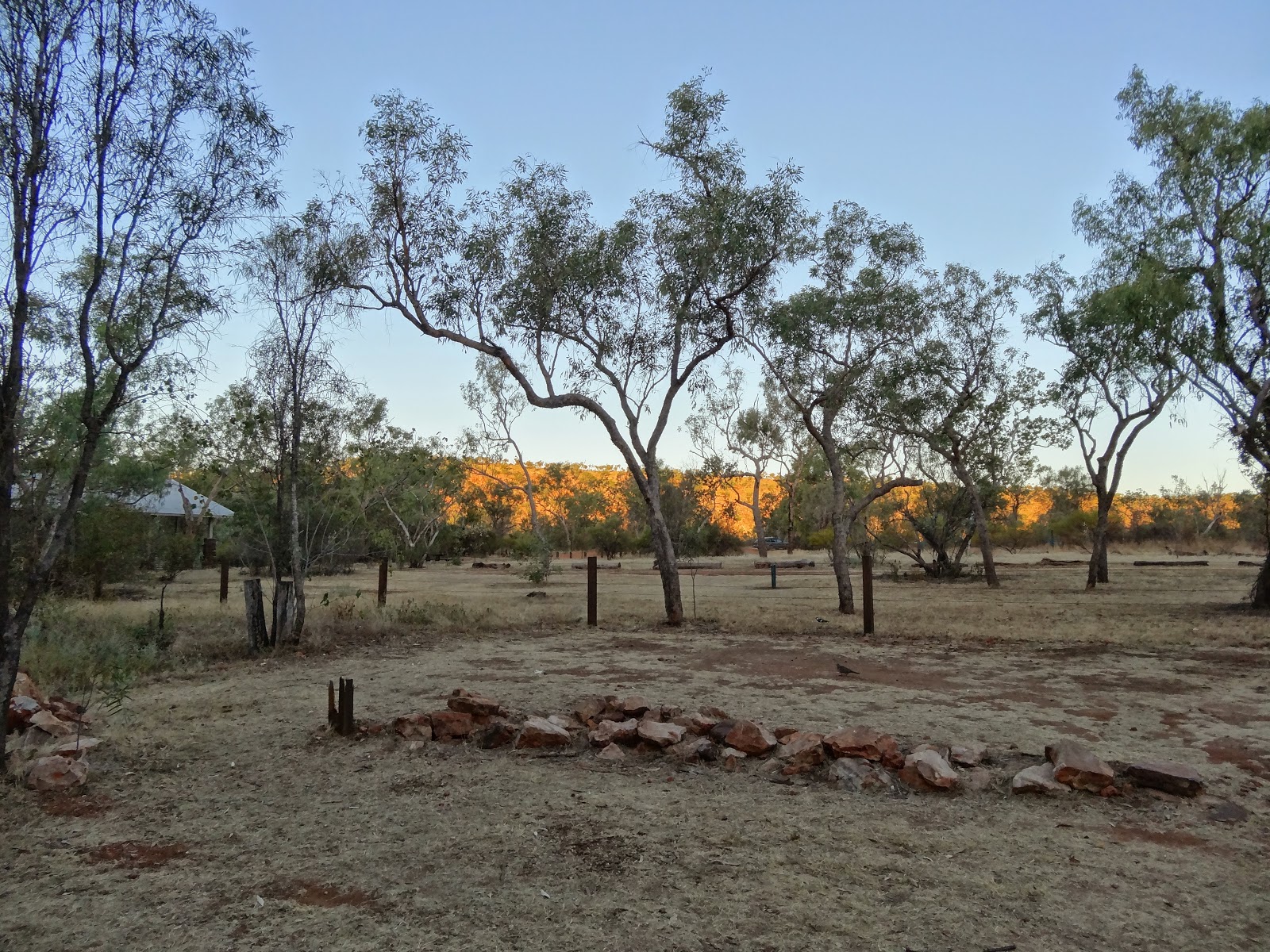 On our way home on Sunday, we stopped for lunch at a creek crossing. 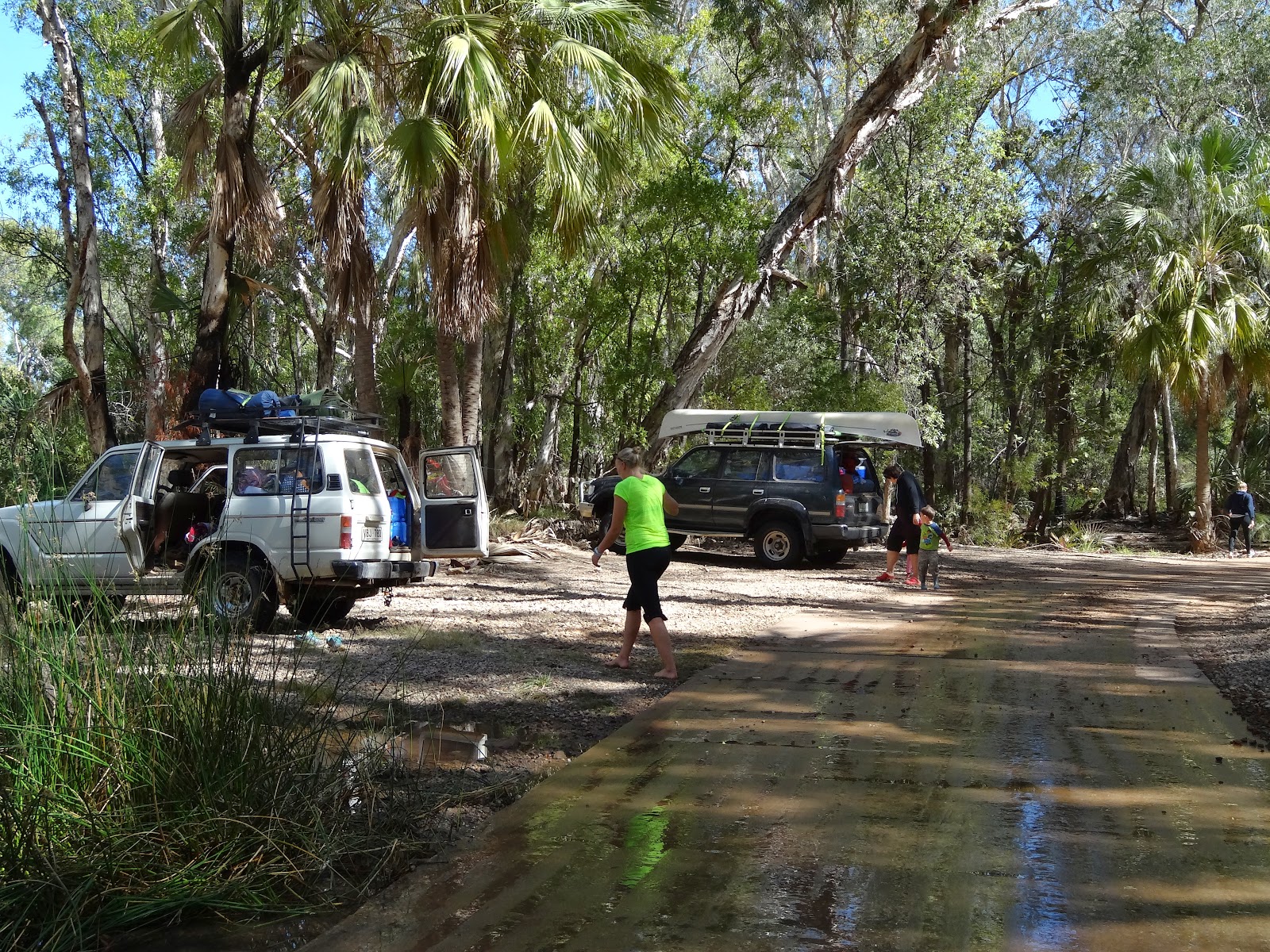 Years and years ago I found this recipe that I’ve always wanted to try!
You cut the tops off oranges, scoop out the guts (to eat later!), fill with cake mix, put the top back on, wrap in foil and put in hot coals for 20 minutes (ish!) 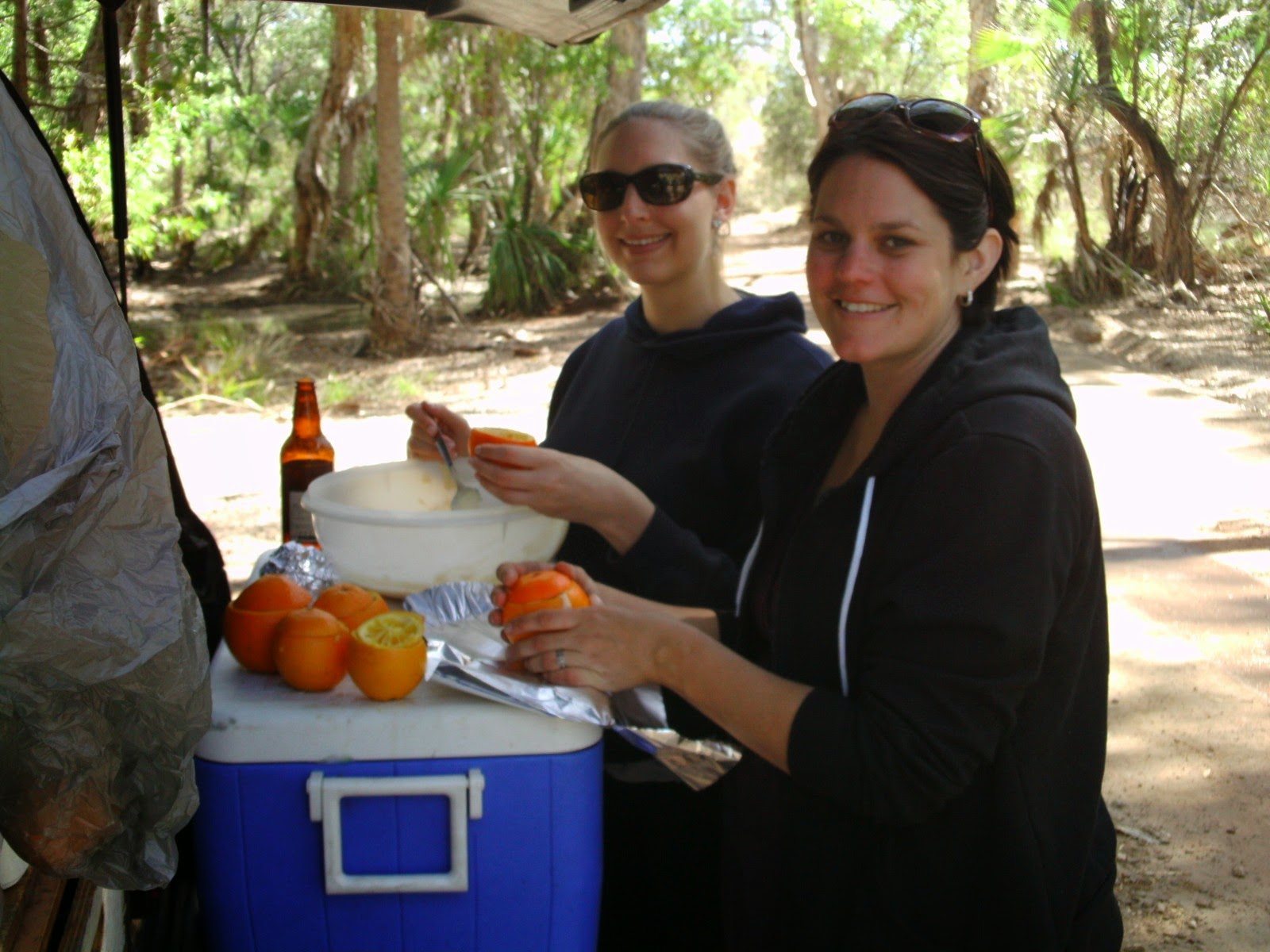 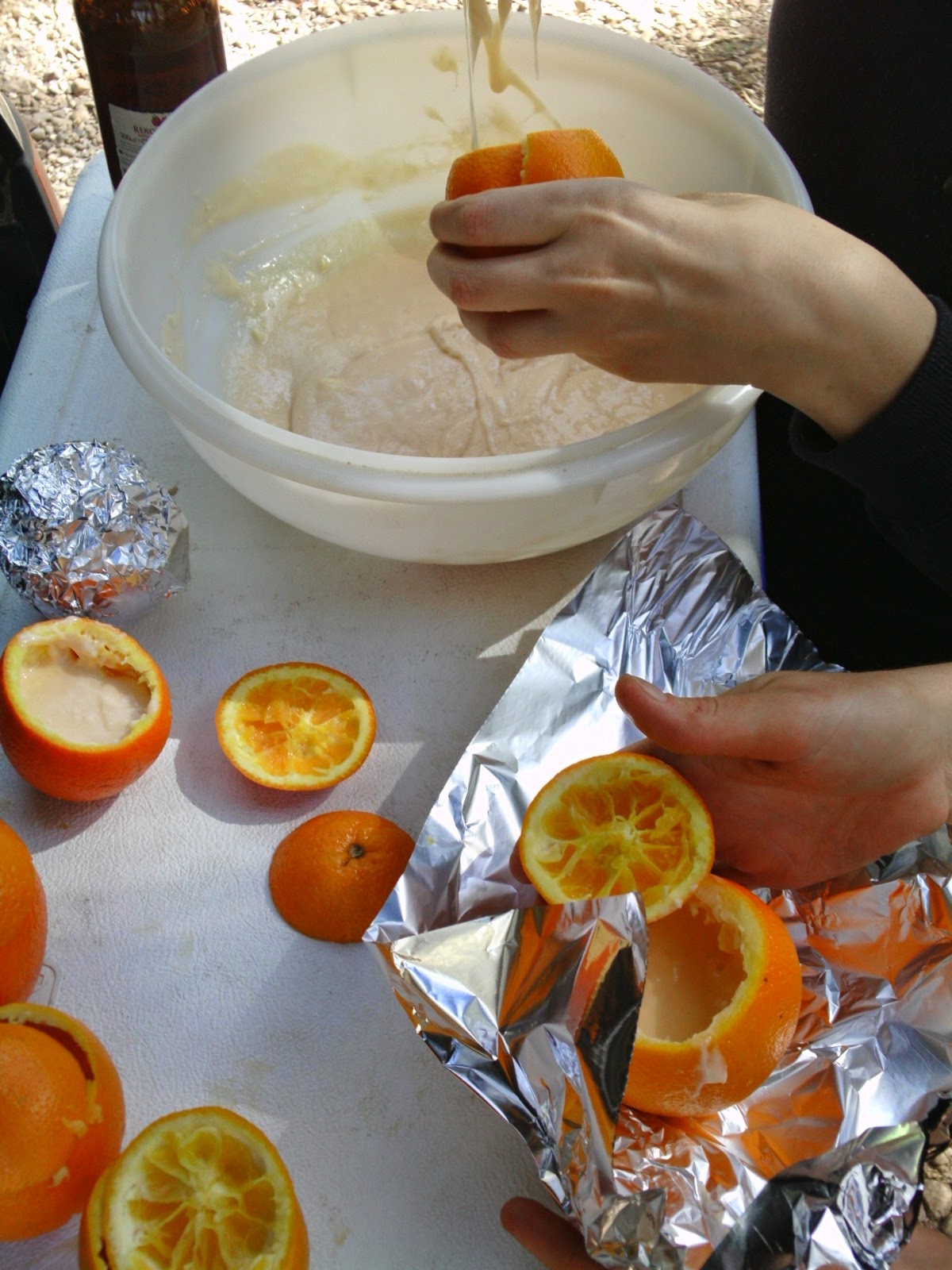 You can see the oranges in the foil underneath the jaffles 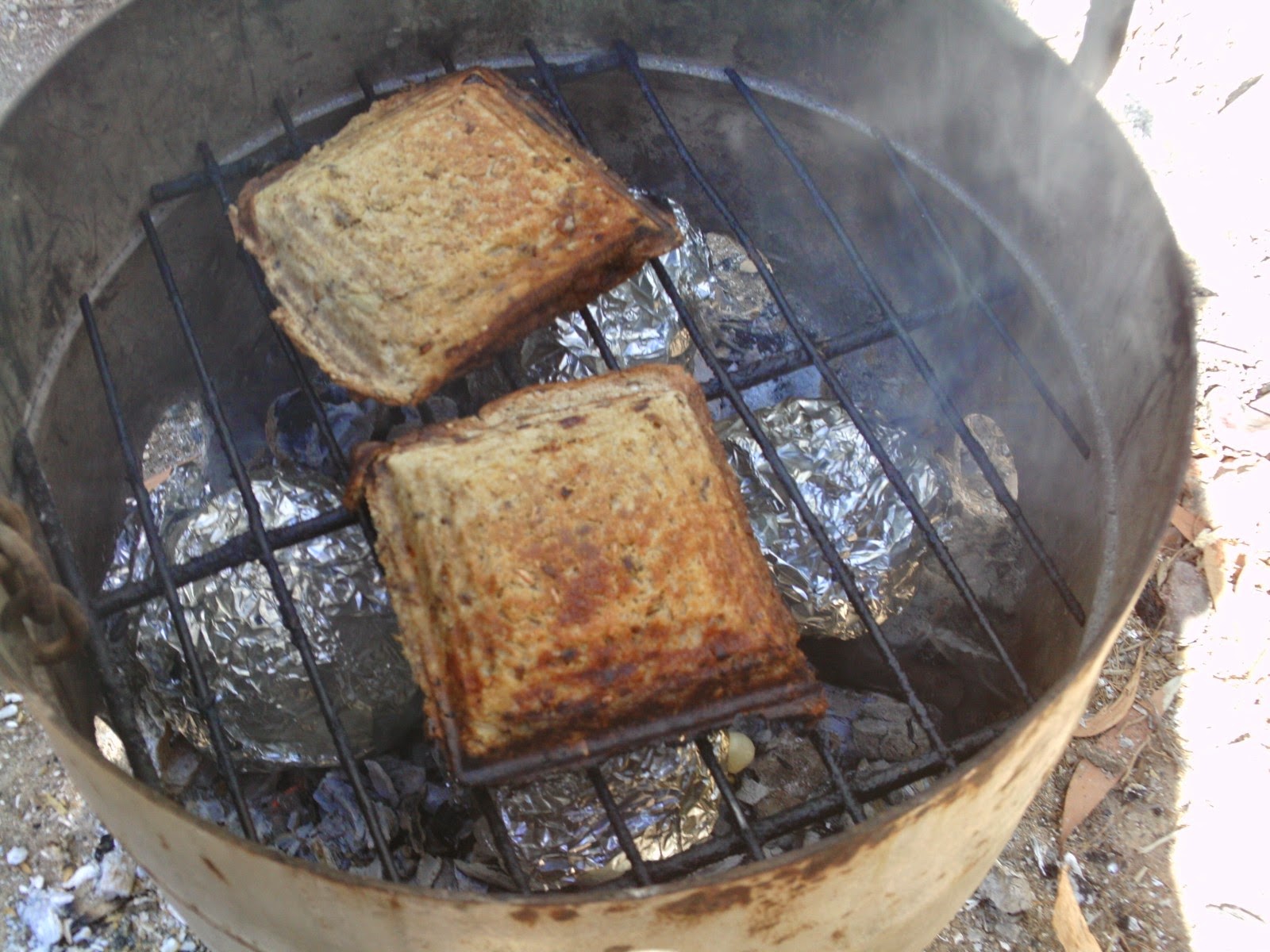 They were super delicious! Very moist and orangey. 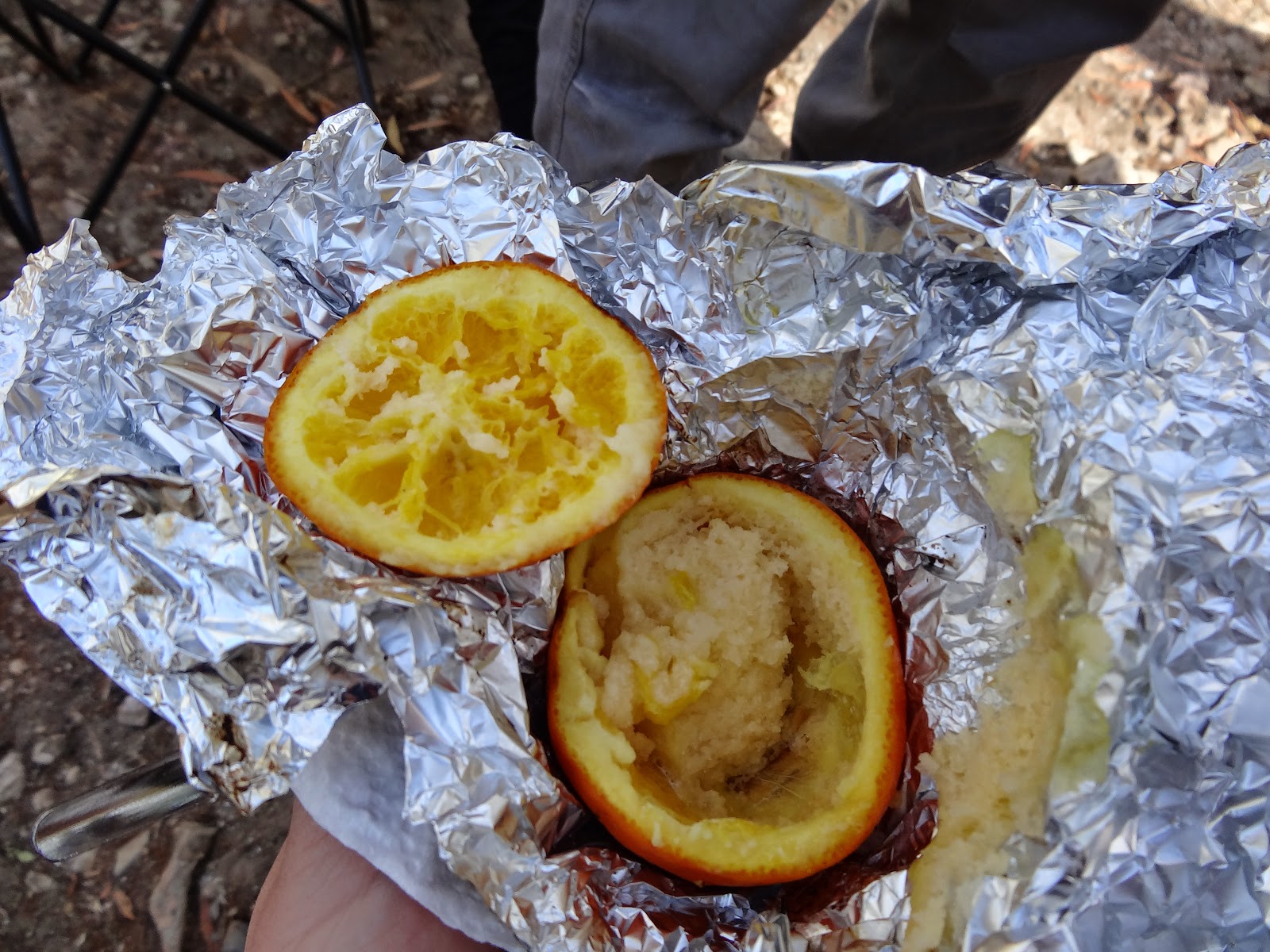 Quinndy pointing delightfully at something 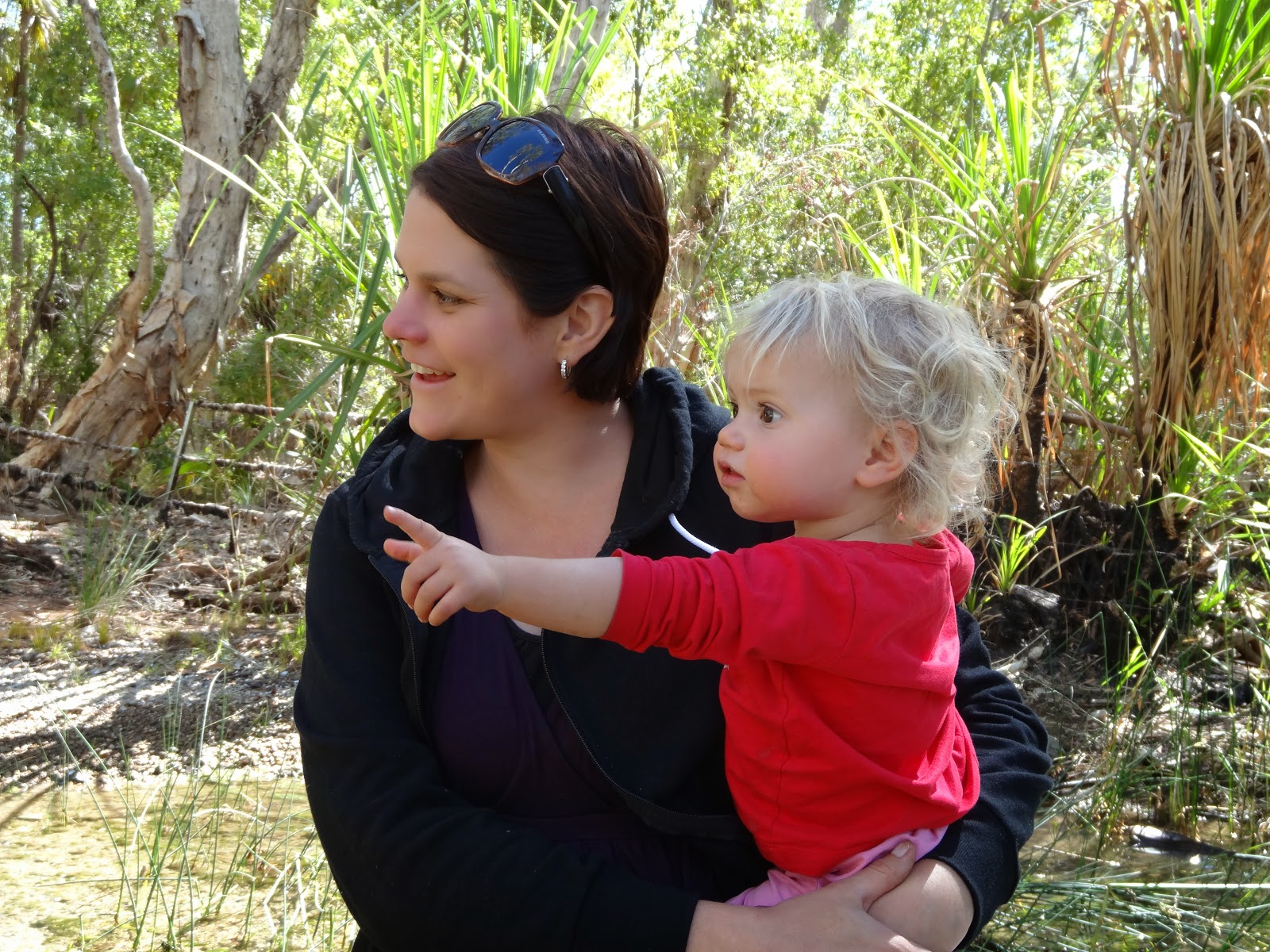 Chanbe made a very close friend in Lindsay, our pediatrician friend. A good friend to have! 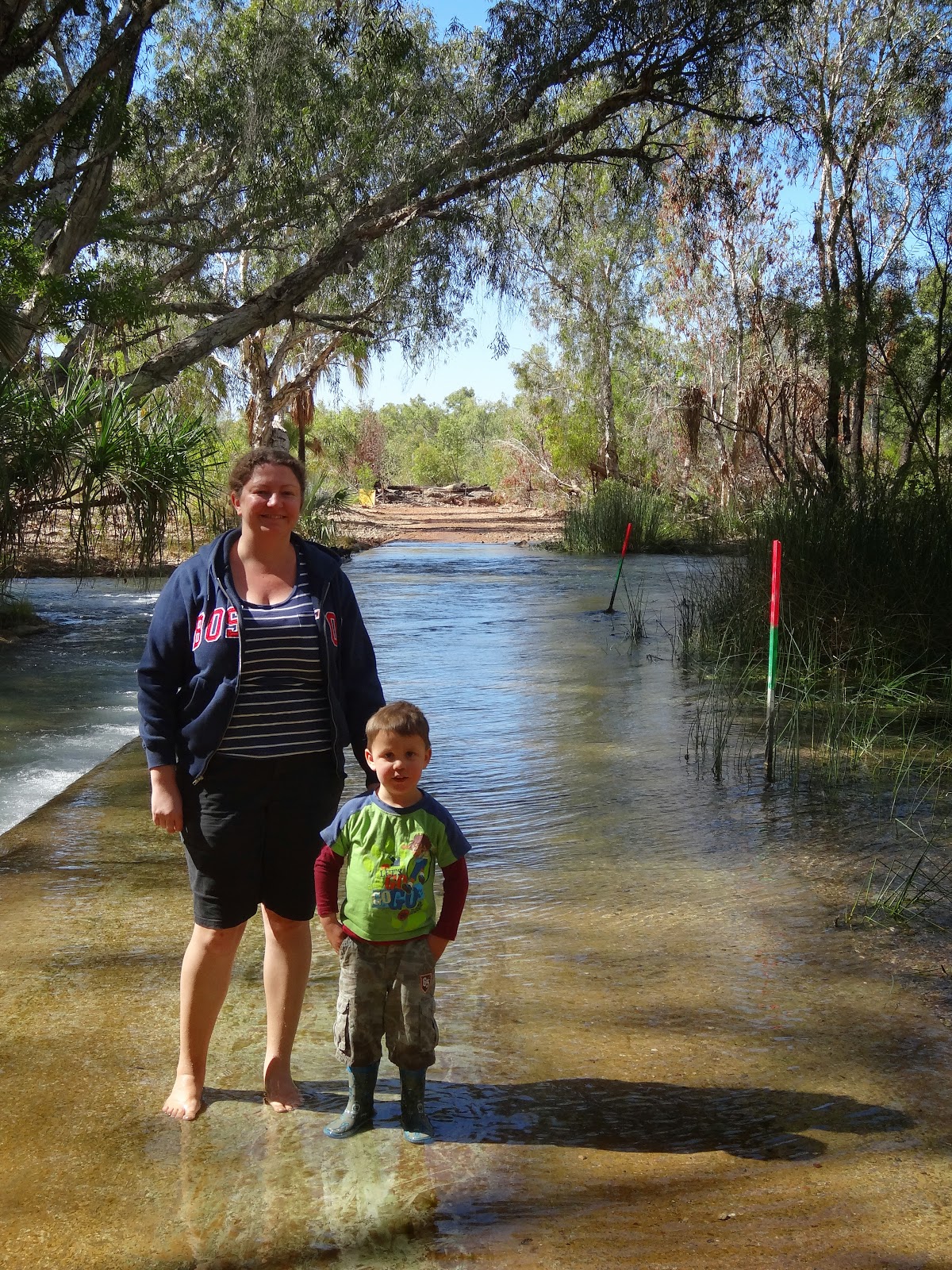 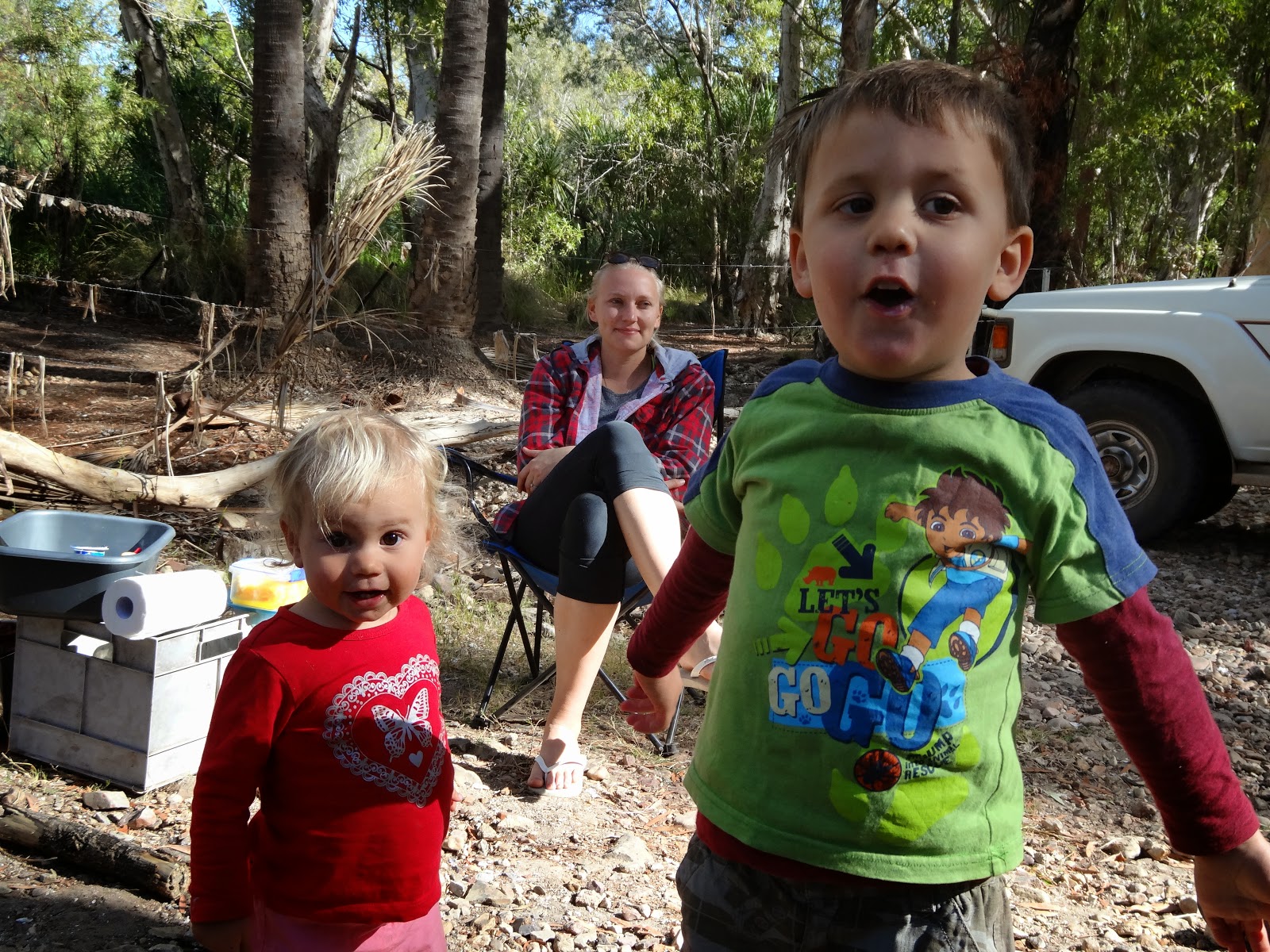 The whole group on our way home at sunset 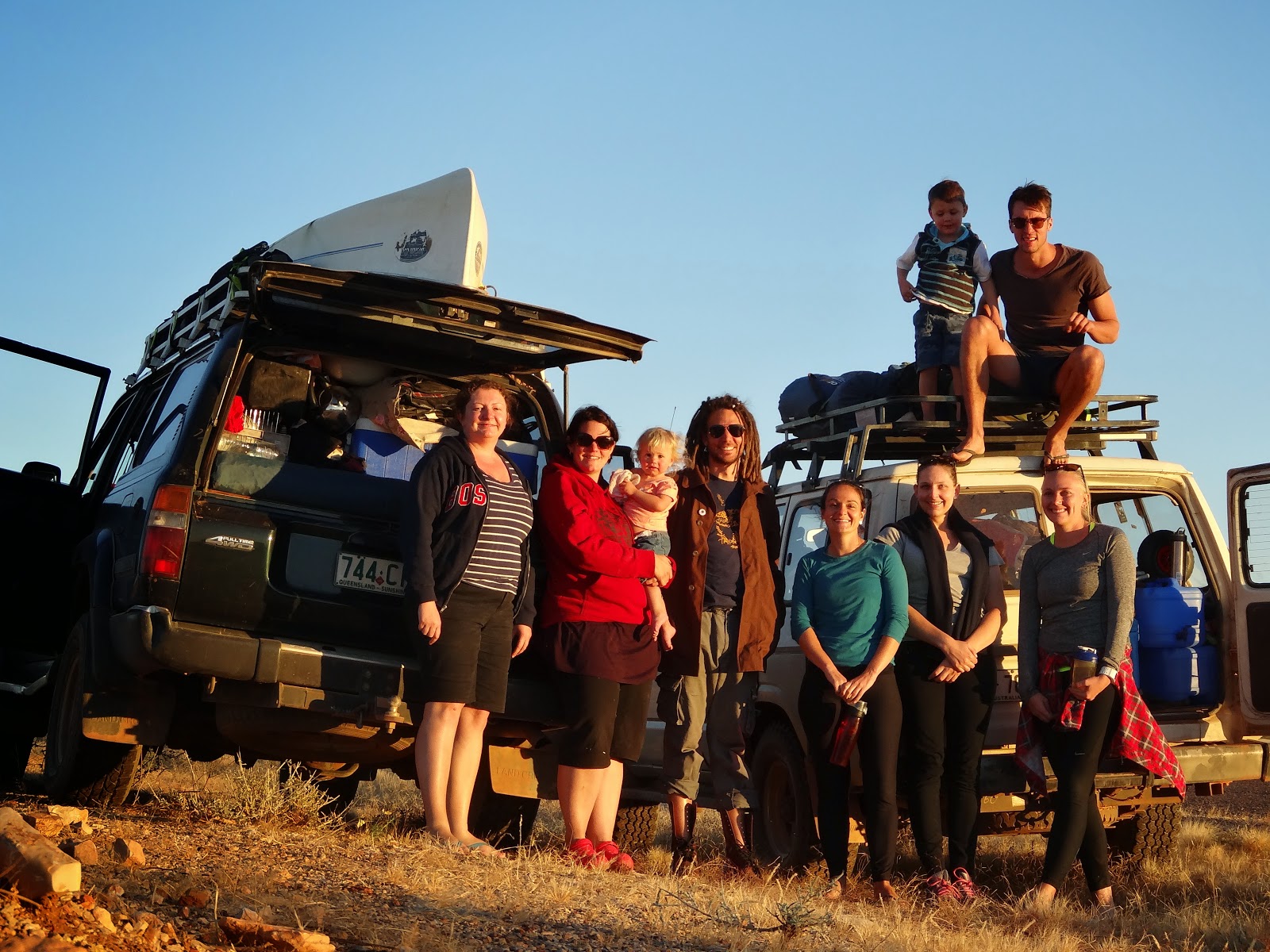 There are so many photos that I didn’t get like the campsite set up (as mentioned) and my super-grubby kids on the Sunday after not bathing for 2 days and me just giving up on wiping noses or food off faces. It was super adorable, though I did enjoy taking to them with a nice wet washer before we got into the car!

I also hadn’t mentioned that Hubs had been feeling ill since waking up Friday morning. He powered through the 3 days of camping, but then collapsed in a heap on Sunday night when we got home. After 2 more days of fevers and aches and pains, I sent him to the doctor. He had to have Wednesday and Thursday off work and still isn’t 100%. This is a photo Chanbe took of him: 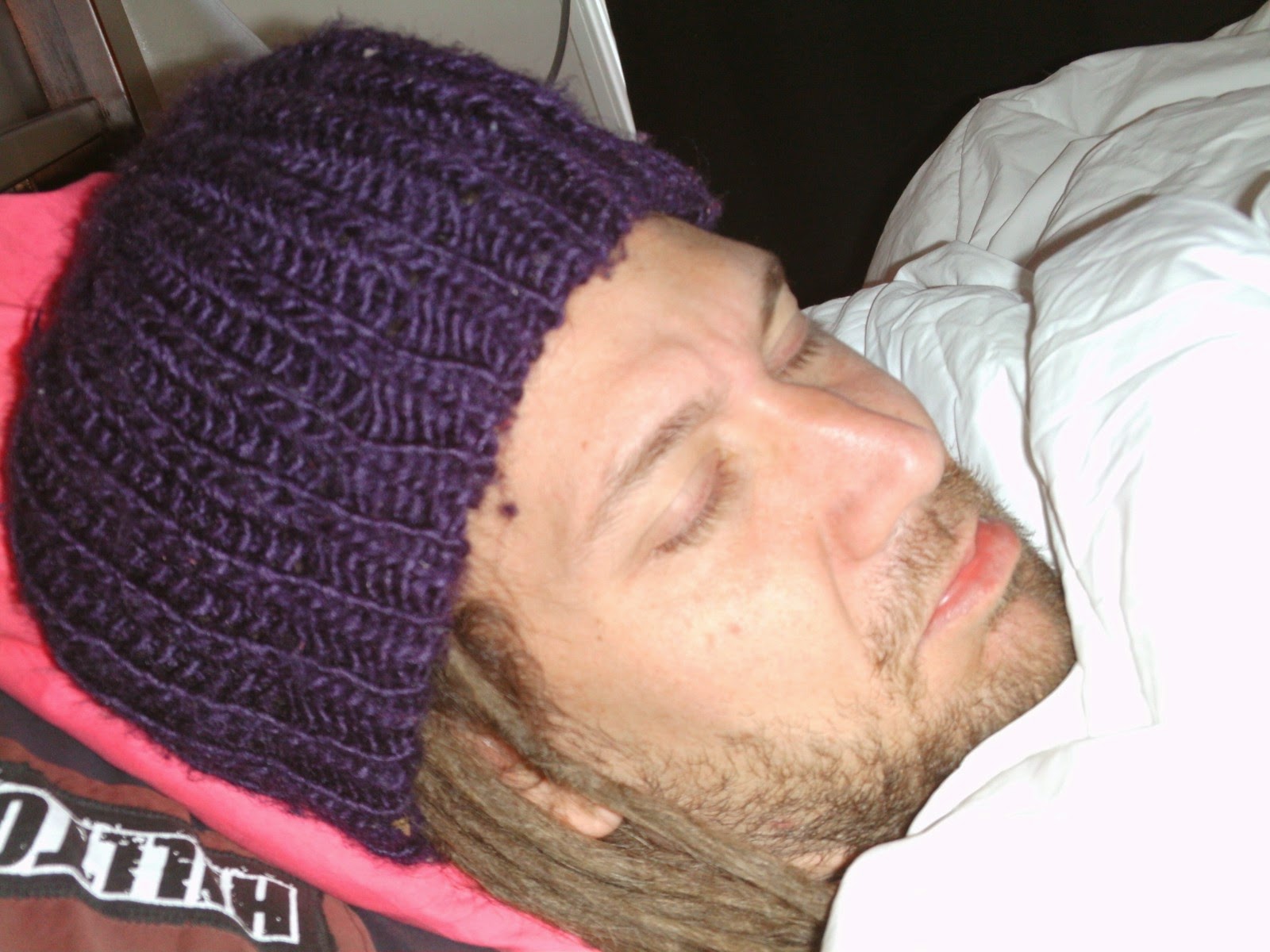 So all in all, apart from the sickness, it was an amazingly successful camping trip and we had a lovely group of people to share it with. We are already looking forward to the next adventure! Maybe this time I’ll even remember to get a photo of the tent!