Parenting is a hard slog, isn’t it? You try your hardest every day (well, most days) to teach your kids how to be nice human beings; to be kind, compassionate, caring. Or you know, just to not be horrible to other human beings.

You can often go days or weeks without seeing any evidence of your hard work, and then one day, you realise you’re doing an okay job, and  you know all the frustration and effort is worth it.

We had a little party with Chance’s prep friends at the local playground after school yesterday which was just lovely. They kids had a great time running around and stuffing their faces with party food. Including the world’s easiest cake to decorate:

Chance was trying to light the candles, and keep them lit and I noticed he was a bit distracted. “Where’s Ashleigh?” he said “I can’t see her.” And with that, he jumped up and ran back to the playground to look for one of his friends whom he noticed was missing, so she wouldn’t miss out on the cake cutting. I just thought that was the sweetest thing. There were over 20 people around him, including parents, yet he noticed one person missing, and he didn’t want  her to miss out.

As the party was winding down, I had shown Chance earlier where the party bags were so he could make sure we remembered to give them out, as I often forget (and I know I’m not the only one!) He made sure everyone received their loot, and when everyone had left, there were a few leftover, so he asked me if he could give them out to other kids in the playground.

Once we got home, Chance was going through all of his presents (people are so generous!) and he came across the three pull-back cars he had been given. He was excited about this, as he told me he could give one to Quinny and one to Darby, so he wasn’t the only person receiving presents on his birthday.

After our big long day, he was having a bath, and just before he was going to get out, I asked if I could put my feet in the bath with him to give them a bit of a soak. He asked if I could put my feet on tippy-toes and when I asked why, he said “so I can wash your feet for you, Mama.” Oh my heart. My initial response was “that’s okay sweetheart. I can wash them myself” but he said he really wanted to and I wondered why I would ever refuse such an offer. So I gave him the soap and scrubber and he gently washed my feet for me. My sore, tired, grubby, worn-out feet that have seen better days.

I think I can put that up there with one of the sweetest moments between us in my life. It filled me with such joy and humility, and reminded me to sometimes let other people take care of me.

My little boy is growing up. 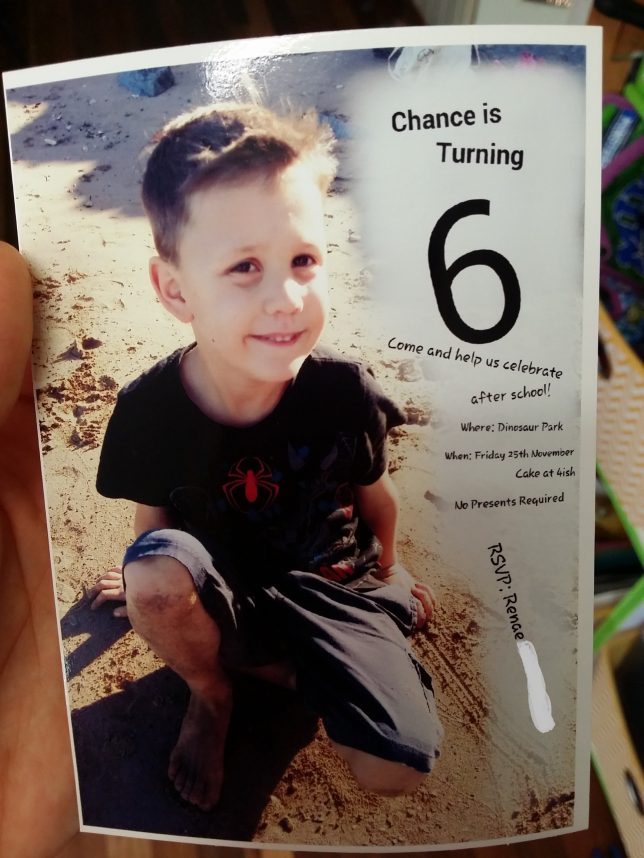