Hubs and Wifey got off to a slow start with their flight being delayed by an hour but managed to make up time in the air they were picked up at Townsville by the boys and the beast to be taken off to their motel in Ayr where they spent the next 3 hours catching up on news and locking themselves out of their room luckily the landlord was on site and was able to let them in without too much trouble after a few beers and a few more rums it was bed time only to have to rise again at 8am Saturday for some brekky and more catching up on the Miller’s cane farm then it was time to get ready for the Burdekin races held in Home Hill and BOY didn’t Hubs and Wifey look a treat they jumped on a bus with a bunch of suits fascinators and heels and were on their way to the track after purchasing booze tickets and checking out the fashions on the field it was time to get drinking and MY GOODNESS did they put in the effort after 6 hours at the most fun races ever it was time to jump on the bus and head to Ayr’s one and only nightclub where they all enjoyed $3.50 basic spirits which they thought was an ABSOLUTE bargain then Wifey finished up a bit early while Hubs partied on and stumbled home with the boys around midnight and crashed into bed then the alarm went off at 8:30am to prepare for the trip back to Townsville and a flight to Brisbane where they were greeted by the ROARING crowd of their family they enjoyed lots of tasty treats supplied by family members after a quick Happy Birthday to Wifey’s Dad and a kiss and cuddle from Billy-Bob and Billy-Bob’s Mum as well and hugs from nieces and Nath-Neph it was back on the plane to Melbourne and a cab trip home and they were in bed by 10:30pm what a GREAT weekend what an AMAZING time was had by all and it was exactly the result we expected 🙂

Some happy snaps:
The boys and the BEAST (our hire car for the weekend – a Chrysler C300) 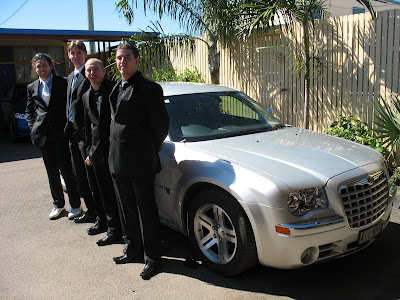 Hubs and Wifey looking HOT! (It was about 25 degrees and, well, you can see the blue skies to match our outfits!) Incidentally, my whole outfit (apart from my unmentionables) was borrowed! So thanks Chelsea for the fascinator, Ezza for the gorgeous dress, and Billy-Bob’s Mum for the shoes (technically she gave them to me but you know, I don’t want the truth to get in the way of a good story!) 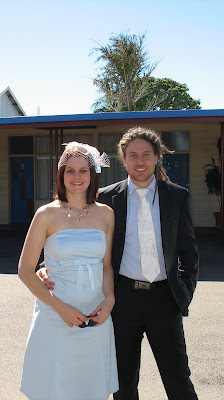 Hubs’ hair took longer than mine to do!! (Totally worth it though!) 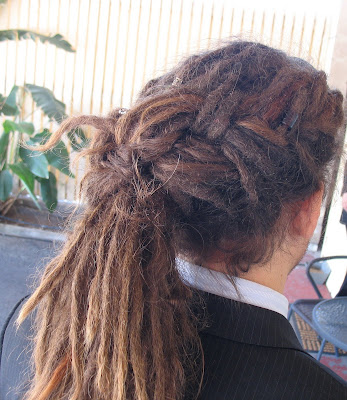 The boys at our table in the tent 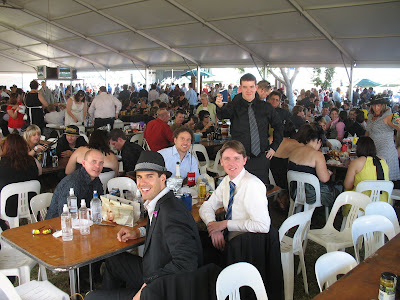 Oh yeah, and we DID actually see some horse races (though, I didn’t place any bets!) Can you see the ambulance brining up the rear? The crowd cheered the ambos on as much as the horses! 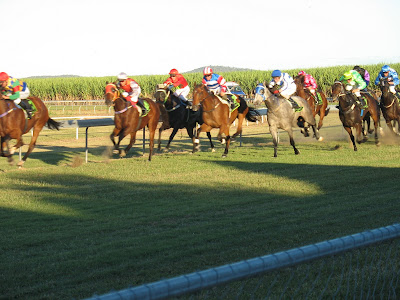 Fascinating! (Thanks for the naked shot Hubs! Tee hee!) 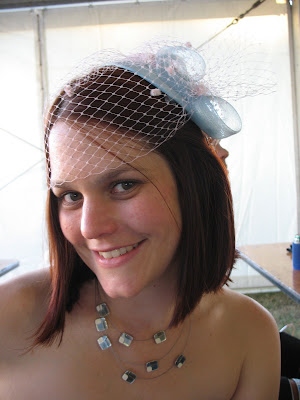 Hmmmmm…. not so fascinating? 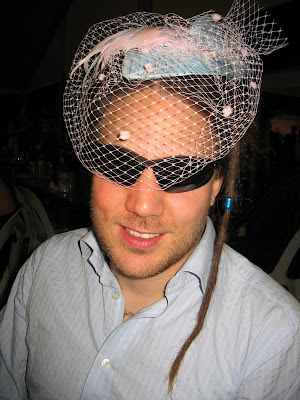 Some gorgeous fashions on the field entrants!! Lookin’ good guys!
(Note: Anne is a milliner and she made this stunning creation she is wearing!) 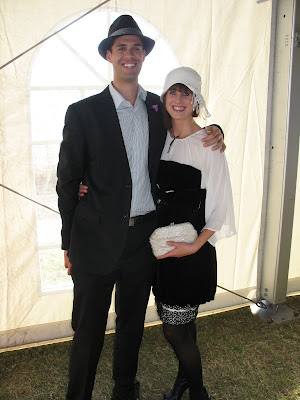 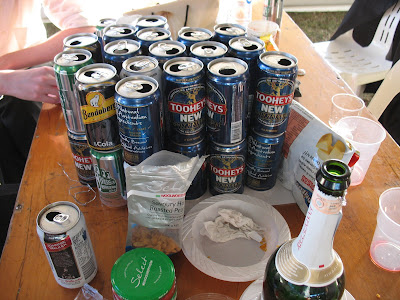 I don’t have any photos to put up from the rellies visit in the afternoon (on a different camera) but I can assure you there were lots of hugs and kisses and food. Lots of food. We even brought some back home with us! Ha ha. Thanks everyone for a fabulous weekend! We had an amazing time!!