I’ve been meaning to blog for AGES about my sewing ventures, but there haven’t been many exciting ventures to blog about. Mainly clothing alterations and mending really. Last weekend though, we replaced a few rubbish bits of furniture (we were using a single bed as a couch) with some much better bits of furniture (a couch!!) including a bigger desk so Hubs and I both have work spaces. My sewing machine is now much more accessible and I’m much more enthused to use it.

And here she is: 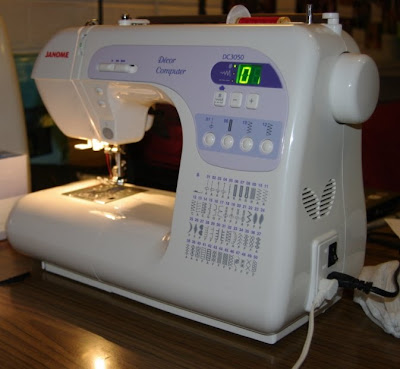 She was a wedding gift from very good family friends of mine and I just LOVE her!! Ahem… I keep referring to her as a “her” but I don’t have a name for “her” as yet. These things take time!

Anyway, back to the story.
Hubs: “Wifey, can you please make me a pocket thing to put my pens and notecards in?”
Wifey: “Well I AM still going for Wifey of the year, so sure!”

I started thinking about a leather case with denim interior (cos I love the 80s) and in my head it looked awesome. Would have been tricky to pull off though. Then I came across an old satchel thing that I got for free at a conference and started imagining how I could re-model it! After some stuffing around, I got to work on it last night. But then I had no elastic so I told Hubs:

“I’ll have to finish it over the weekend once I have elastic.”
Hubs: “Aaaaaaaaaaw but I reeeeeeeeeeally would like it nooooooooooowwwwwww. Don’t we have any elastic lying around that we could use?”
Wifey: “Hmmmm… well there DOES seem to be some elastic holding my tracky-dacks up! Maybe I could use that!”

So I’d like to say I very carefully picked out the piece of elastic from the waist-band (it was floating fairly freely – only sewn in 1 spot at the seem) but if you know me well, you know that when I get an idea in my head, it has to be done NOW NOW NOW so I butchered my waistband, but luckily I still had a draw-string so it was all good! And the elastic was PERFECT!!!

Once I finished making it, and Hubs was suitably pleased, I personalised it, just so he doesn’t get it mixed up with other people’s. 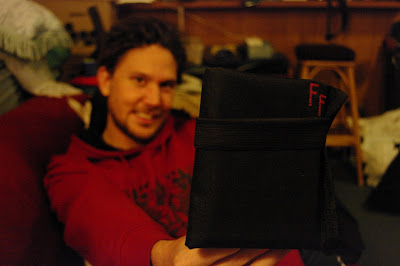 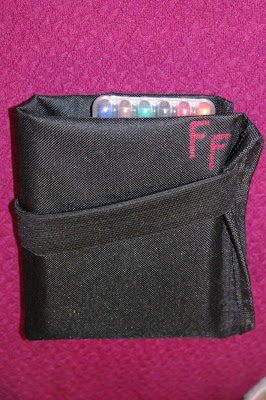 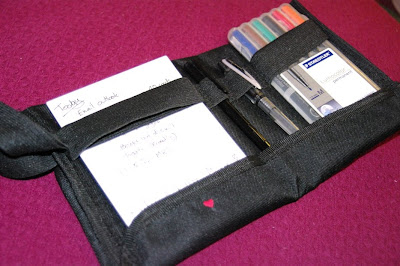 (I love that I can sew hearts at the push of a button and a stomp of a foot!)