Today we set out to do some bush walking at Ha Ha Tonka State Park which was about a half hour drive from Kimberley and BJ’s. We left around 9am armed with fruit, sandwiches, water, hats and sunscreen. We stopped in at the visitors centre to pick up a map and decided on a couple of different walks. It was a perfect day for it – overcast and a bit cooler than that previous few days. 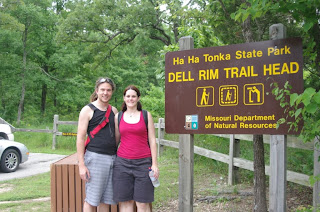 And here’s some photos of the Natural Bridge (I’m so strong), a Cardinal, us following the blue path, and the ruins of the Ha Ha Tonka Mansion (and Hubs running back for the timed shot! So cute.) 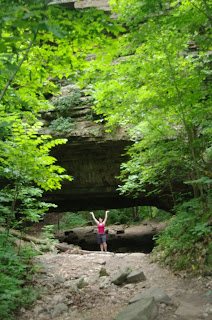 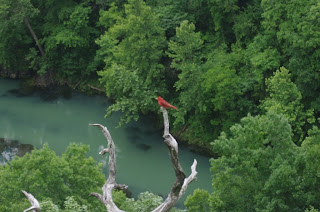 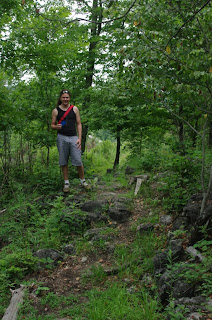 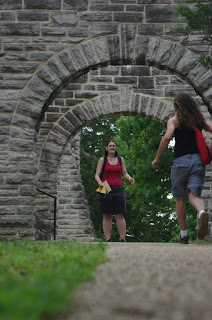 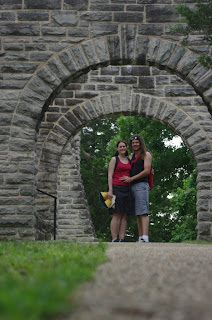 Now, if you look carefully at the things I listed to bring earlier in the post, you’ll notice the absence of aeroguard. This proved to be quite an oversight… 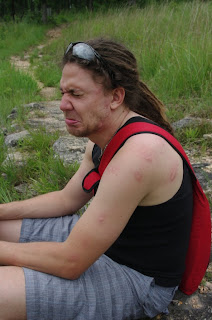 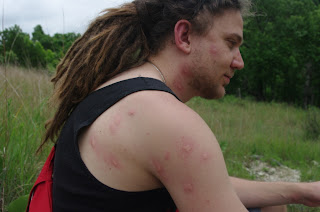 I actually felt really really bad that I forgot the aeroguard. The thing is, the mozzies were ANNOYING me, but they weren’t actually BITING me. They thought Hubs’ blood was much juicier than mine, so they just went to town on him. Poor poor Hubs. 🙁

The video didn’t turn out so good but it’s worth a look anyway!

It was a lovely day spent outdoors and we decided to stop in at the Walmart Supercentre on the way home to pick up a few things. 2 hours later we were on our way home! (Did I mention we LOVE Walmart!?) That night we had a cocktail and dinner at the bar (Hubs had a Reuben sandwich – one of our favourites and I had a grilled fish roll – so good!) and then we headed back “home” to make s’mores: 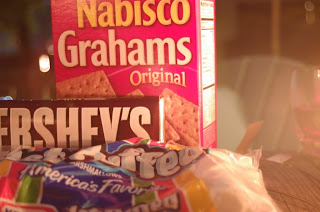 Break the Graham Cracker in 2 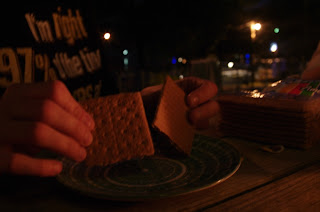 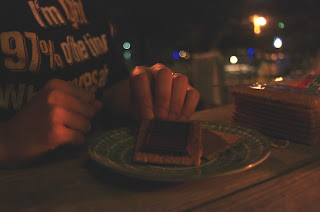 Roast a marshmallow or 2 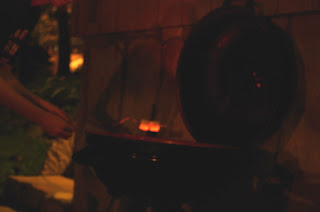 Place roasted marshmallow on chocolate, put the lid on (the other Graham Cracker) and enjoy with a good friend! 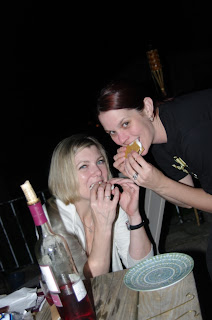 Damn they were good. We had our first one and then we wanted s’more! The second one made us feel a bit ill but we still wanted s’more!! I think we went halvsies. There were still some fireworks leftover from the 4th of July Celebrations, so we enjoyed watching them explode over the lake. Ah the serenity.