We recently went up to Bribane for my good friend Ah-del’s 30th and she had a spy party! Hubs and I threw around a few ideas for costumes including a “Get Smart” combo and “Mr and Mrs Smith” and then Hubs suggested “Spy vs Spy”. (Actually, he wanted to dress up with our friend Nate, but I had a little tanty and got my own way! Ha!) Of course, not being a nerd myself, I had to ask what it was, and after reading into it and looking at some pictures, I decided it would be a fun project to undertake!

Cos, you know, when we visit Brisbane we always have plenty of time to kill…

So I got to work and with the help of my cousins and Godson and Billy-Bob’s Mum (mainly direction from her!) I put it together. Through all of this, Hubs was helping a friend of his put finishing touches on his bar, so it was a solo effort by yours-truly. I did, however, ring Hubs just as I was leaving, to tell him I had worked very hard on our costumes and that he needed to go ape-sh*t over them. Cos if you know my Hubsband, you’ll know it takes a bit for him to go ape-sh*t over anything, so it was just a friendly warning that I needed a VERY enthusiastic response from him!

And I got it, of course, cos check out these costumes: 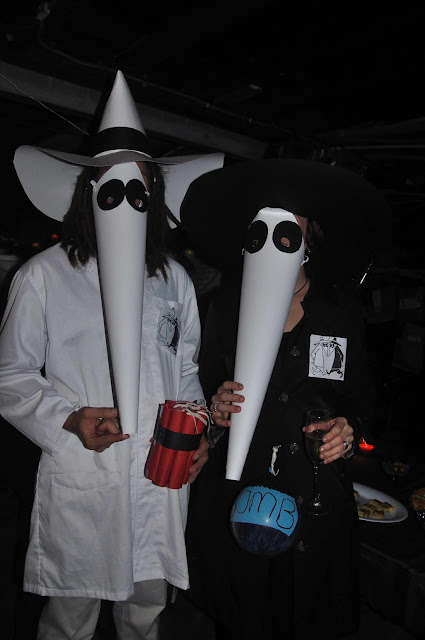 My favourite bit was the dynamite, also home-made! I was quite worried that no one would know what the heck we were but we had quite a few people recognise the characters, so I fel that all my hard work had paid off. The party was a great success with the birthday girl looking absolutely spy-a-licious! 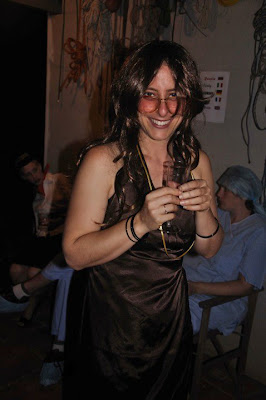 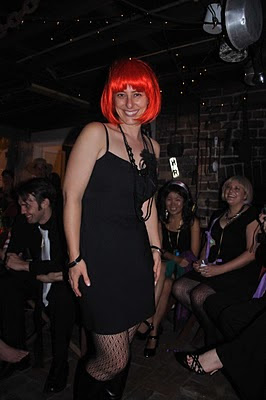 And here is Bethie, Ah-del and Myself. We have celebrated 18 years of birthdays together! Incredible!! 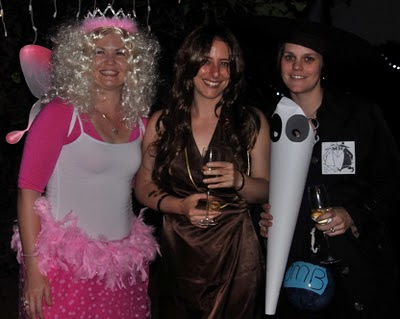 We had a great time catching up with friends and celebrating this occasion. We hope you had a great night birthday girl (I know you did!) and looking forward to celebrating many many more with you. x x x