Since Hubs is celebrating a bit of a milestone this year, we’re having a birthday month! It started on his actual birthday, last Thursday (the 23rd of June, for those playing at home.) I had planned to give him a big sleep in, brekky in bed, and present opening to follow. What actually happened, is that Hubs was the one who gave me a sleep in! That’s just the kind of Hubs I have. An awesome one. Once I got up and showered, I did make him brekky – bagels with cream cheese and we ate together on the couch. Then it was time for prezzies! Unfortunately, it was also time for Chanbe’s nap time. So once he was settled, the opening commenced!

He received some lovely cards from family and friends in Brizzie, as well as a package from his Mum that took him for a lovely trip down memory lane. He also received… 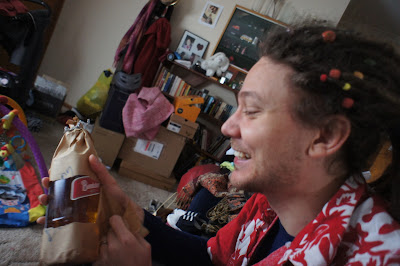 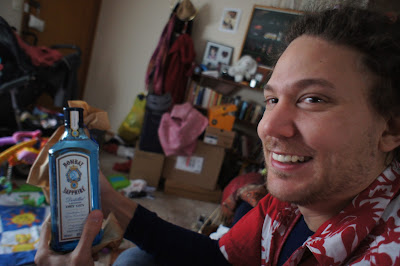 … and then there was this! 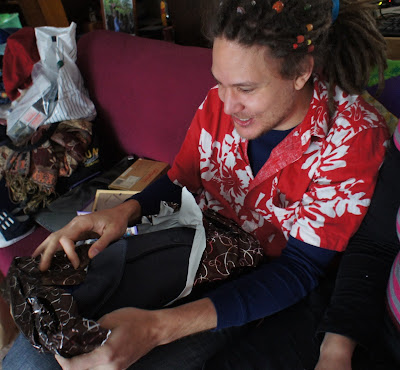 Hubs had asked me a month or 2 ago if I could make him a jacket. The thing is, he thinks I’m much more clever on the ol’ sewing machine than I actually am, so I enlisted the help of my dear “Aunty” Heather (who is one of my Mum’s besties, as well as my brother’s Godmother) who is a wizz on the sewing machine, and after running all around Brisbane to find the right material, Aunty Heather did an amazing job turning Hubs’ ideas into reality! 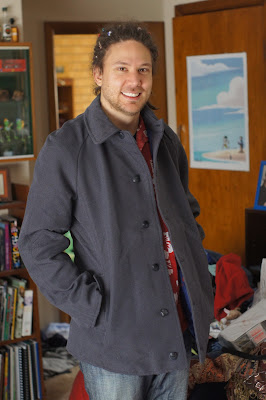 Rather dashing if you ask me! After a leisurely morning lazing around home, we popped down to our favourite coffee shop for a celebratory coffee and cake. 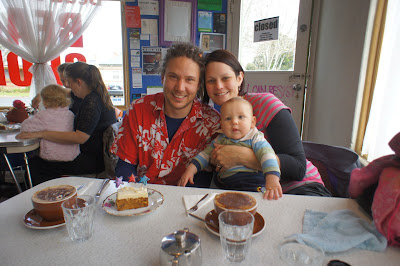 We then had a lovely evening at home, as Hubs had an exam the next morning that he had to prepare for. And I had a party to prepare for! More details to come!