Last year for our wedding anniversary and Christmas present, I bought Hubs and I tickets to see Colin Hay at the Wangaratta Performing Arts Centre. A good friend of ours kindly agreed to babysit Chanbe and we headed out for an adult night out.

To say it was amazing would be an understatement. To say it exceeded all expectations would be putting it mildly. To say it was one of the best live performances I’ve ever been to would be getting closer. Colin (yes, I’m on a first name basis) connected with the audience on so many levels. In between songs, which included tracks from his new album as well as some of his classics (Overkill, Land Down Under), he regailed us with stories of his childhood in Scotland, his friendship with Paul McCartney, and the lawsuit involving Land Down Under.

He did a 2 hour set and I was captivated throughout, and was very sad when it was over. My spirits were then lifted when we were advised that he would be signing copies of his CDs out in the foyer afterwards. Oh, and of course I asked for a photo!

It really was an incredible evening that will remain with me for a very long time. 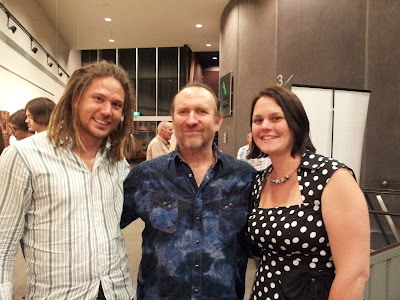