I’m sure no one else on the Internet has written that today. I’m so funny. As some of you may be aware, we recently moved to Rockhampton, and in turn moved directly into the path of a Category 5 cyclone. Woops! We also bought a 65 year old house with the contract settling 2 days ago. We figure it’s lasted 65 years and numerous storms, surely this one won’t knock it over! Maybe we should have settled next week!

The temporary house we are in has a rather leaky roof and is in a very low lying area. It is high set but I’m a little nervous about the few pieces of furniture we have bought from garage sales that we’re storing under the house. That part isn’t built in.

Anyway we’ve done what we can and now we wait. Apparently Yeppoon is getting hit pretty badly right now. Before we moved here, a number of people said “don’t live in Rocky, live in Yeppoon. It’s much nicer out there.” I’m kind of glad we didn’t listen 🙂

Apart from the whole “cyclone” thing we are doing really well! Mum and Dad have been up here for a week and we had a little party for Quinn’s 2nd birthday last weekend which was lovely.

We’ve also had some work done on the floors of our new place in preparation for us moving in. Here’s the last couple of weeks in photos!

I got another haircut!

The kids helped me make gnocchi 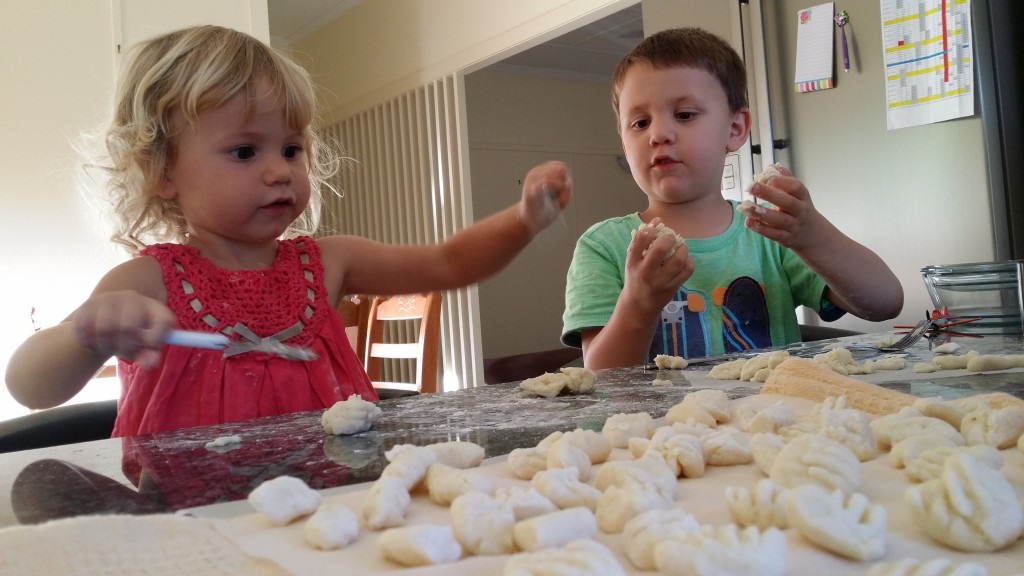 Quinn chose this bag to take with her to kindy drop off which amused Chance’s teachers and the other parents.

I made Quindy a froggie cake for her birthday

Which she ate happily

Ouma came up for some lovely cuddles

There’s been a lot of this going on 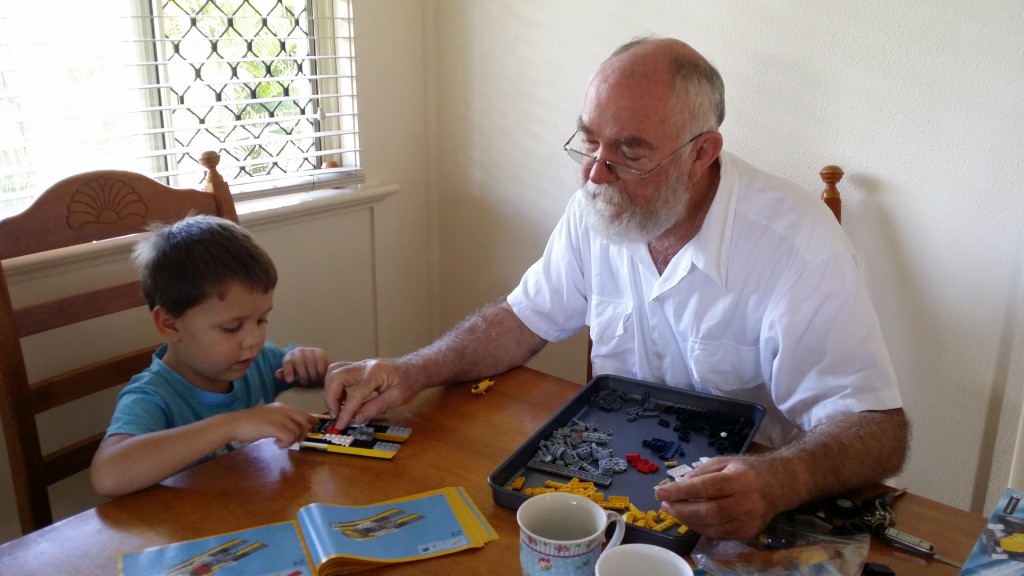 So far they’ve gone from this: 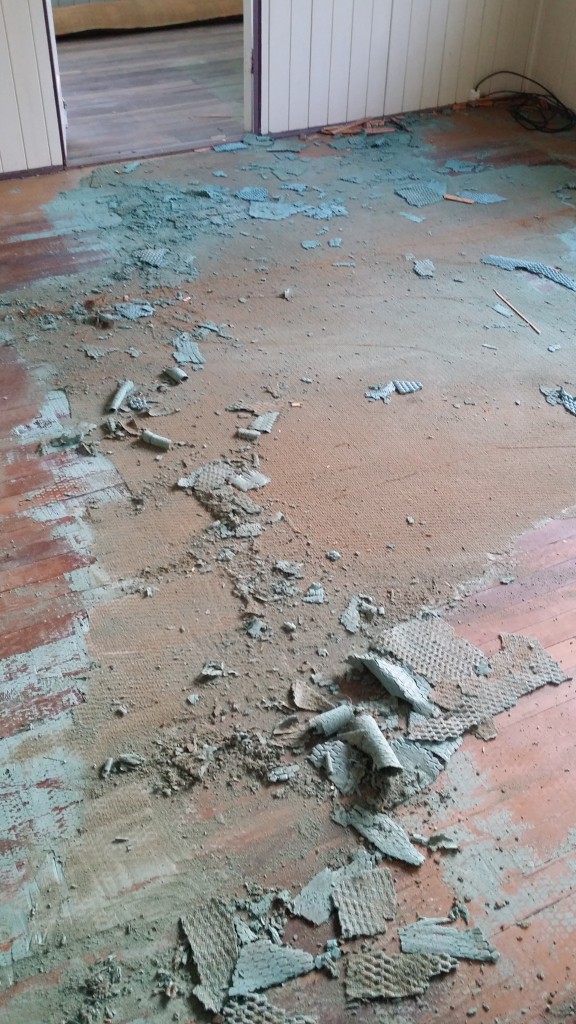 To this after sanding. I know, right???? 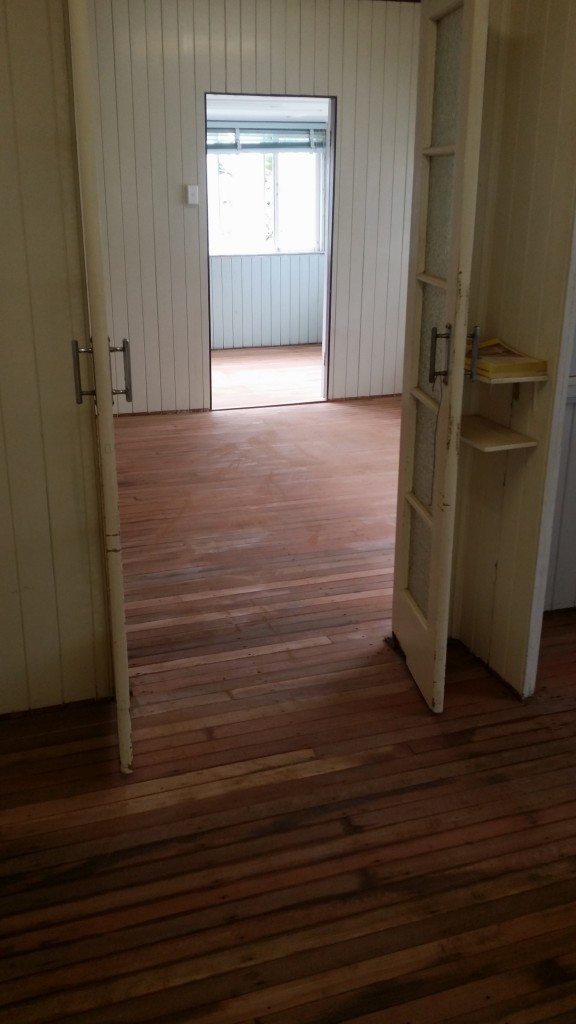 Darby-doo had his 10 week check last week and weighed in at a healthy (whopping!) 7.3kg. He is doing marvelously and even letting me sleep most of the night! 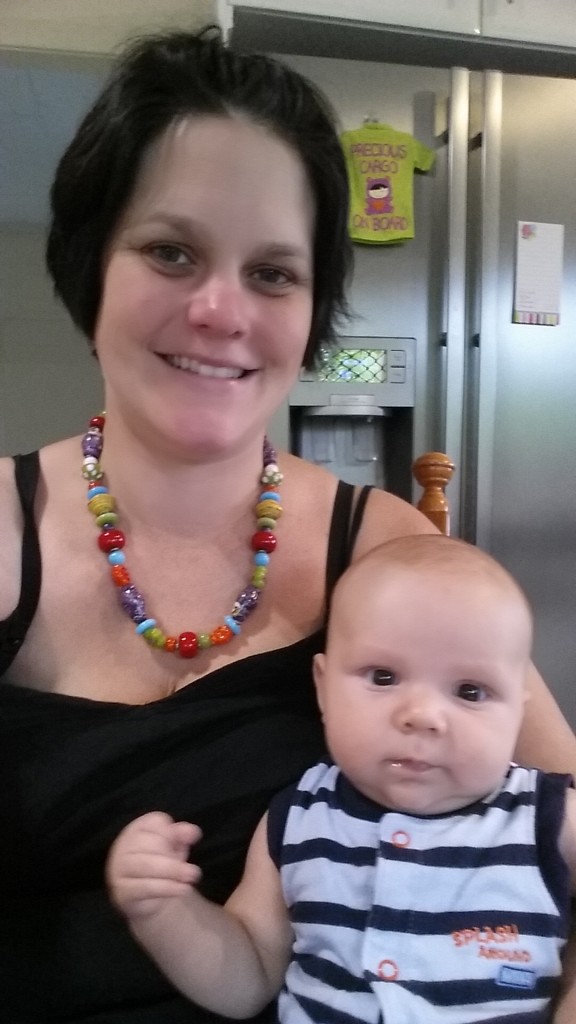 And then there’s the cyclone.

So that’s us up to date for now. I’m a little excited that this is my first cyclone which I know is morbid and I’ll probably feel very differently in a few hours but for now the novelty is there.

I’ll try and do an update in the next few days!