Frith’s favourite part of any cooked meat was the end bits. Juicy yet crispy, meaty yet fatty, and just all delicious goodness. I would always serve them to him, to show him in a small way that I was thinking about him and that I loved him. He appreciated this small gesture, and devoured those end bits with a big cheesy grin.

While we lived at college, after a few months the cooks got used to him asking for the end bits of roasts, so they would put a pile of them aside just for him. It was really the sweetest thing. I remember one time they piled his plate so high with them as a bit of a joke. I can’t remember if he ate it all, but he would have given it a red hot go.

Tonight I cooked a roast lamb and decided to serve myself the end bits. 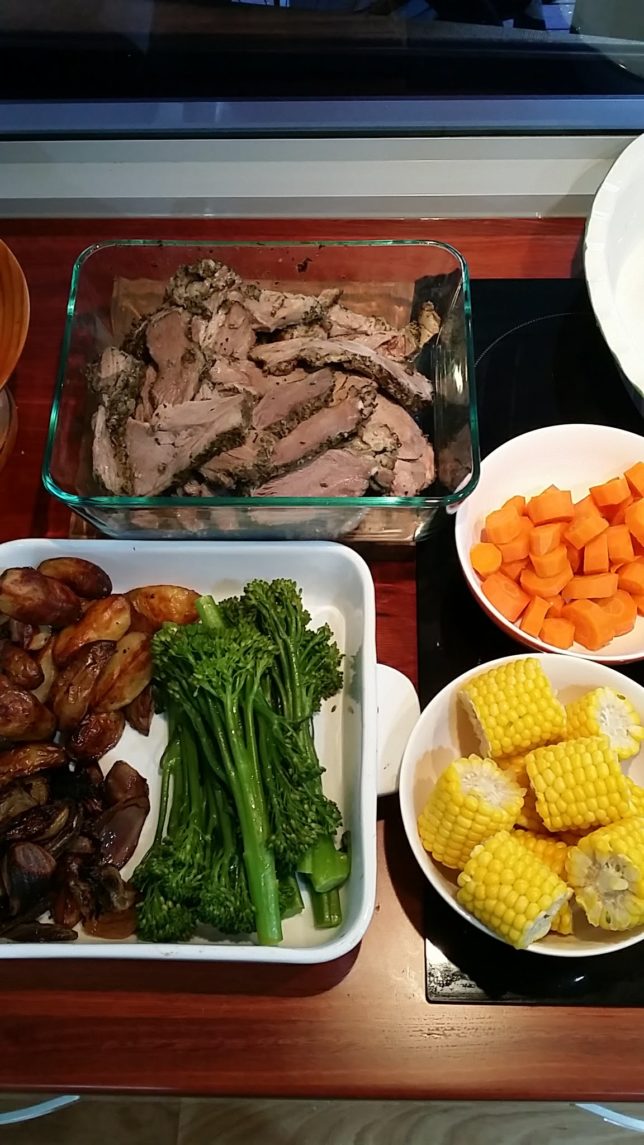 I can totally see why they were his favourite. I devoured them myself and started thinking about all the meals we shared over the years. SO many meals. SO much food. And so many people we shared them with.

I still can’t believe he’ll never eat with us again. That doesn’t seem right to me. I found his BBQ the other day and wondered if it would ever be lit up again. The kilos upon kilos of meat that he cooked in that thing is immeasurable. It’s times like this that I just want to ask him what on earth was he thinking in that moment of pure madness. There were so many more good times to be had, and now I’ll have to have them without him.

The numbness and shock is wearing off, and what is left is frustration and sadness and anger and desperation and everything in between. At the end of the day I have nothing left to give, and that’s when the kids need me the most. Thank God for my parents being able to step in and help with stories and bedtime, and for my wonderful family and friends who are helping out in many other ways. I hate how frustrated I get with the kids when they take ages to go to sleep. It was hard enough when Frith was around; now some nights it seems impossible.

I wish I could say I was doing better, but I feel as though things are going to get worse for a while, before they improve. It’s like I’m slowly thawing out and things are hitting me in a much more real and permanent way.

Like those end bits of meat. And finding his boots. And looking at photos of him with the kids. And not knowing how or when to tell the kids what actually happened. I’m tired of talking about it, but don’t feel like I have anything else to say, or the energy to say it.

So instead I will write. I will make plans that, even though they don’t include him, would excite him and honour him. I will make photo books for the kids. I will keep his memory alive, as there was so much good in him and so many wonderful things that will never leave us. And I will say goodnight to him every night, wherever he is.

But most of all, it just occurred to me, I will give myself a break, and time to just be with these feelings. Yeah. Just be.