A good friend of mine and his lovely wife and two gorgeous kids live in Gympie. On our trips up and down the east coast for the three years we were living in Rocky, Gympie would be a regular stop for us, and we would either meet our friends at a playground, or go to their house. It would always take the kids a little while to settle in, and as soon as they would, it was always time to go, so I felt a sleepover these school holidays was in order!! We got our mutual friend and her two-year-old to come along as well, and had a fabulous time!

My friend Andy and her daughter came with us in Spacey

It was a rainy old day on Wednesday, so there was a lot of indoor play. And with seven kids, including three very boisterous boys, it was a challenge at times! 5 o’clock cocktail hour was much appreciated! Chance and Henry played some fish together 🙂 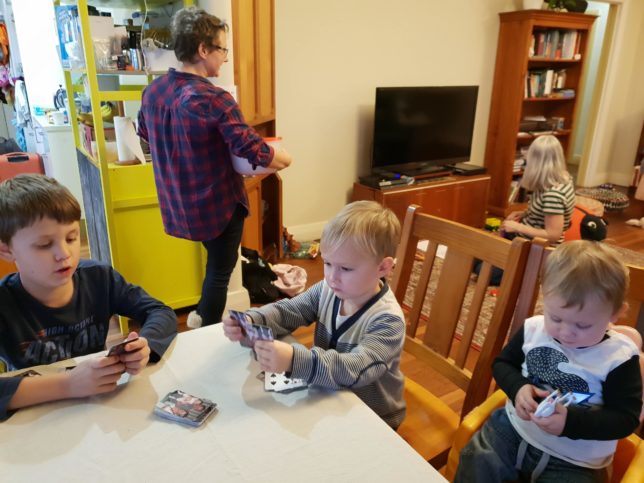 We watched the State of Origin together and had a bunch of camping mattresses and sleeping bags set up for the night. I honestly had very low expectations around how the night was going to go, as Quinn had been having fevers all day, I was still in the process of weaning Julius and patting him back to sleep during the night, Chance had an awful cough, and Darby, well Darby is generally unpredictable.

But oh my gosh it was actually amazing. Well, it was as good as it possibly could have been. Chance coughed A LOT but it didn’t actually wake him up, Quinn had fevers through the night, but again didn’t wake up, Darby called out to me once, but by the time I got up to him he had gone back to sleep, and Julius…. SLEPT THROUGH!!! And has done so a few more nights since!

We hit up a playground the next morning as the sun had come out and it was a glorious day. These two just doted over Jules. It was so cute! 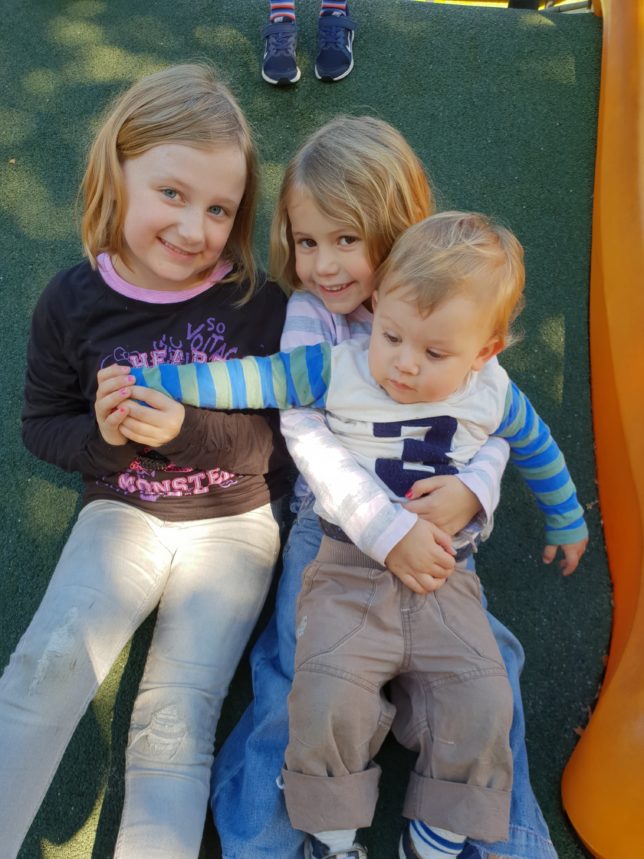 Near impossible to take a photo of all seven kids, especially since Chance is in a no-photo phase… 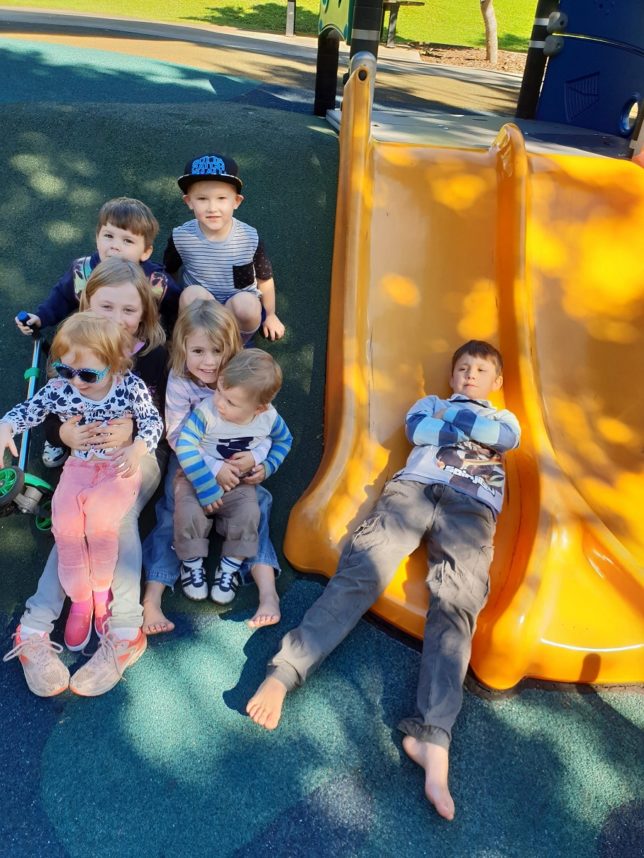 And meals were quite eventful! But gosh the kids all did really well. 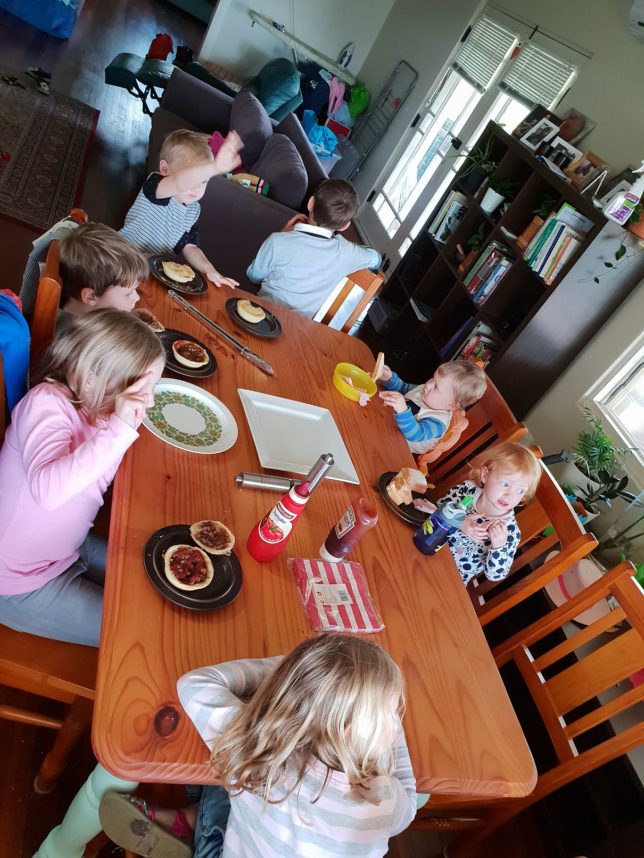 We all had the best time, and if our friends will have us, we might make this a regular school holidays event! Thanks guys!