I’ve brought my laptop down to my new favourite cafe which is at Woody Point, while my nanny (who is a friend) is at home with the boys. This is the second time I’ve done this. My last two blog posts were written here.

When I arrived, I ordered my standard coffee, which many of you know by now is a small soy cap. It occurred to me that Frith actually put me onto ordering cappuccinos. He always liked to eat the froth and chocolate off the top before hitting up the coffee underneath. He took his time, and he would judge the coffee on the amount and texture of froth.

This was Frith’s 30th with a very baby Chanbe. See those sprinkles!!??

Anyway my point is, I used to order soy flat whites. And not long after we got together, I changed my coffee order to caps. And funnily enough, my froth was always better than his. He often had froth envy.

I looked on the lunch menu today and saw they had a beef brisket sandwich with caramelized onions on sourdough toast. I’ve just listed three of Frith’s favourite foods, and they are all combined here. He only ever cooked two briskets in his life and they were both the best meals I’ve ever had. Hands down. 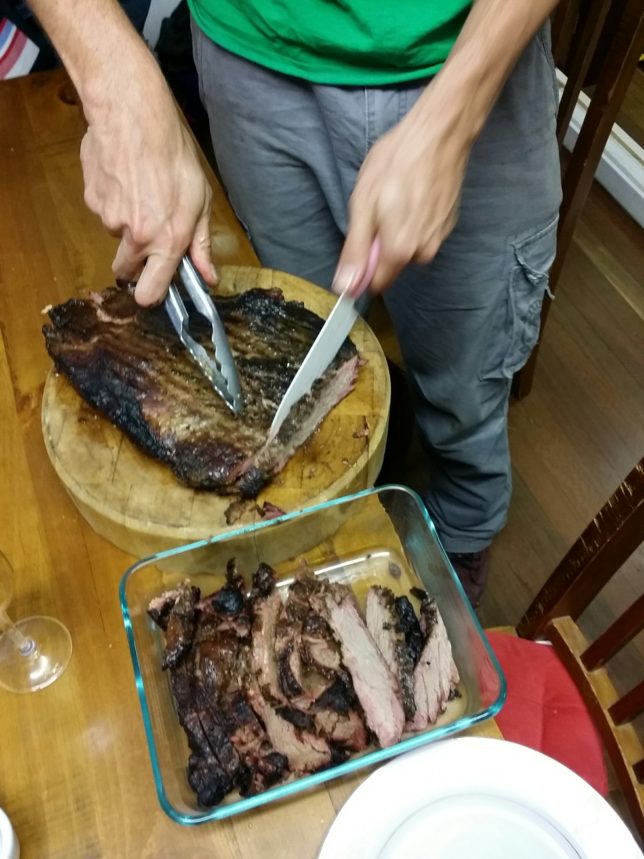 And one in Cairns just last November.

This is what Frith would have ordered at this cafe, and he wouldn’t have been disappointed in the least. I don’t normally like to order things that I can (and do) make at home (I never order pulled pork because quite frankly mine is the best). I ordered it without a second thought and it was absolutely on par with Frith’s.

But here’s the thing. As the meal was placed on my table, the next song to come on was “Let her go“. When Frith drove our car full of stuff down from Mount Isa to Rocky, this song was on his playlist, and he told me after that trip, that when he heard it, he got really really sad and missed me a lot. It wasn’t often he would say things like this to me. He was very free with “I love yous” and “you’re so pretty” but telling me that he missed me was a rare thing.

It was nice and I always remembered that, especially when I hear that song. So in a way, I had lunch with Frith today. He was with me in spirit. And it was nice.