In case you have been living under a rock and you didn’t know, our 2 year old son Darby is a clown.

Such a clown. He does things for the sole purpose of getting a laugh, and when he does, he repeats that behaviour. 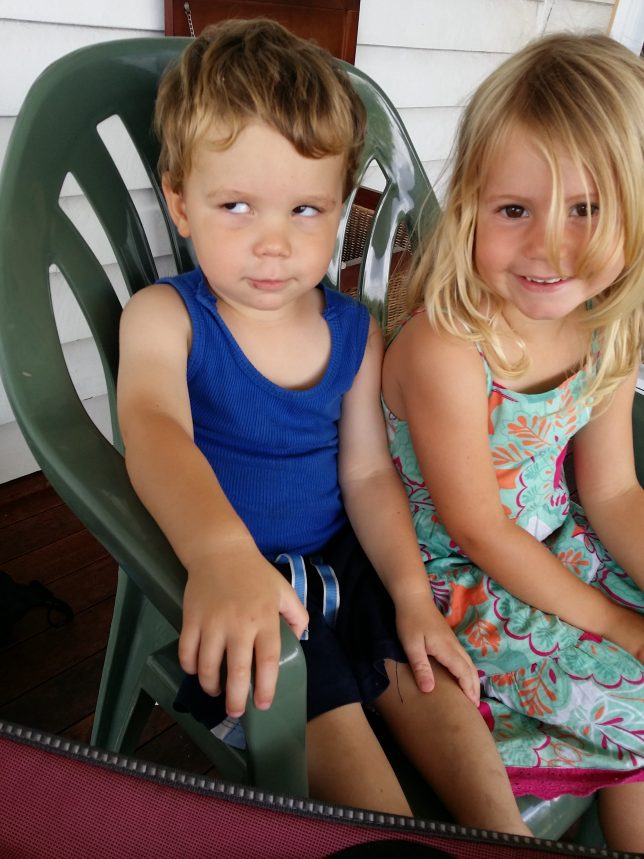 This look has had a lot of air time. Pretty much any time I would pull my phone out to take a photo, I was met with this face. It was hilarious because he couldn’t hold it if he started laughing so you could see him really trying to keep the straight face.

Then there was this face that he tried out for a couple of weeks but it didn’t quite get the desired reaction so it got dropped from the repertoire. 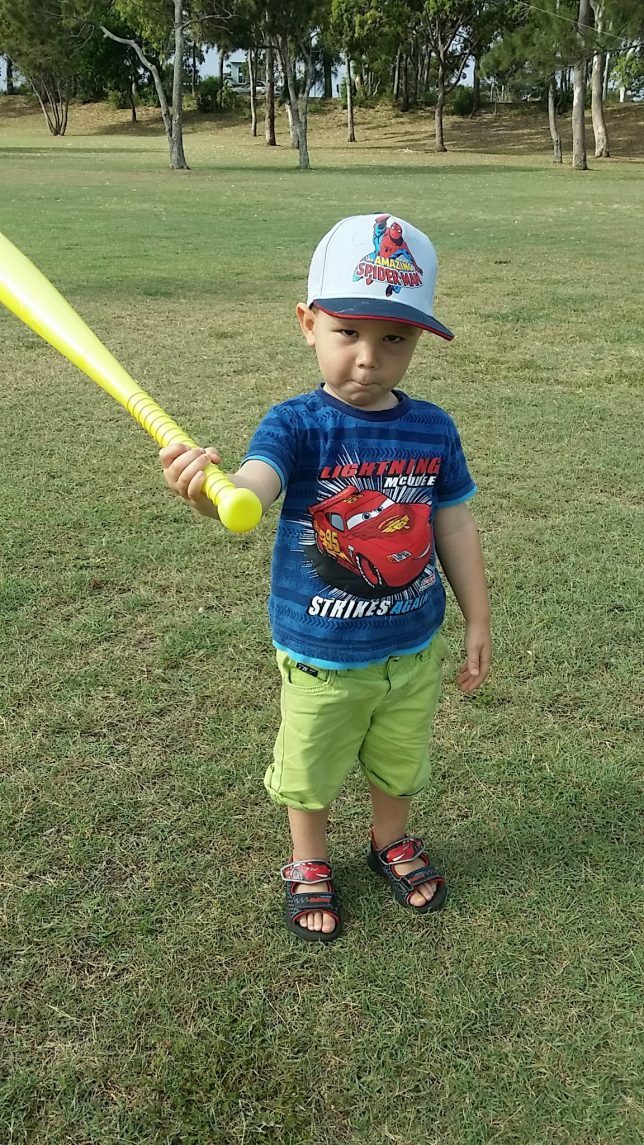 Both of those have been replaced with this beauty. It may not look like much but I’ll explain below. 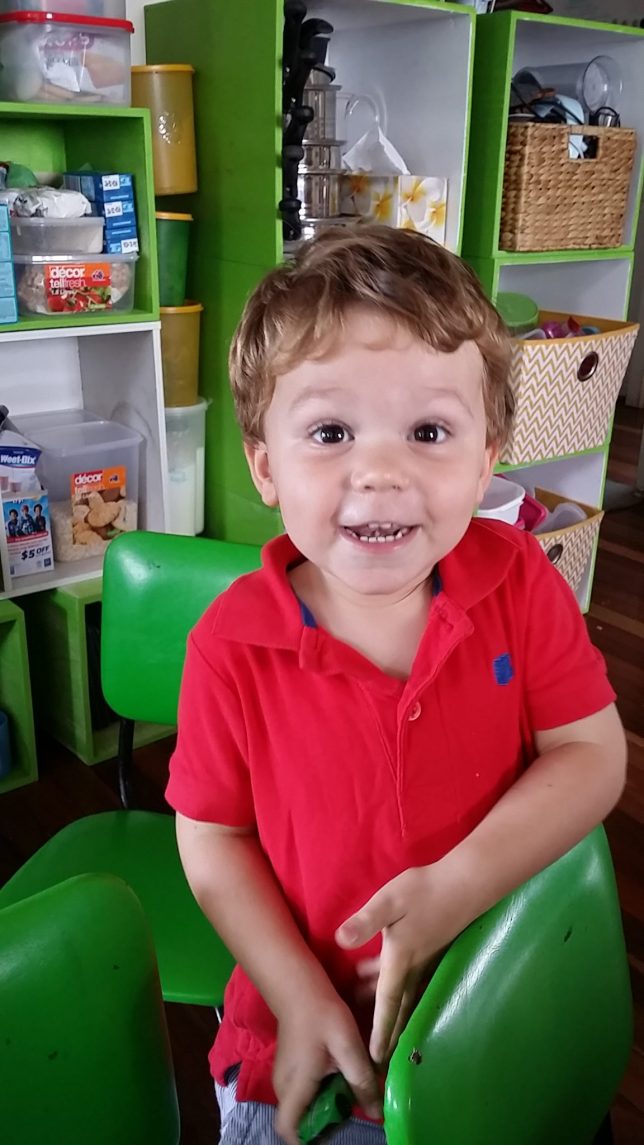 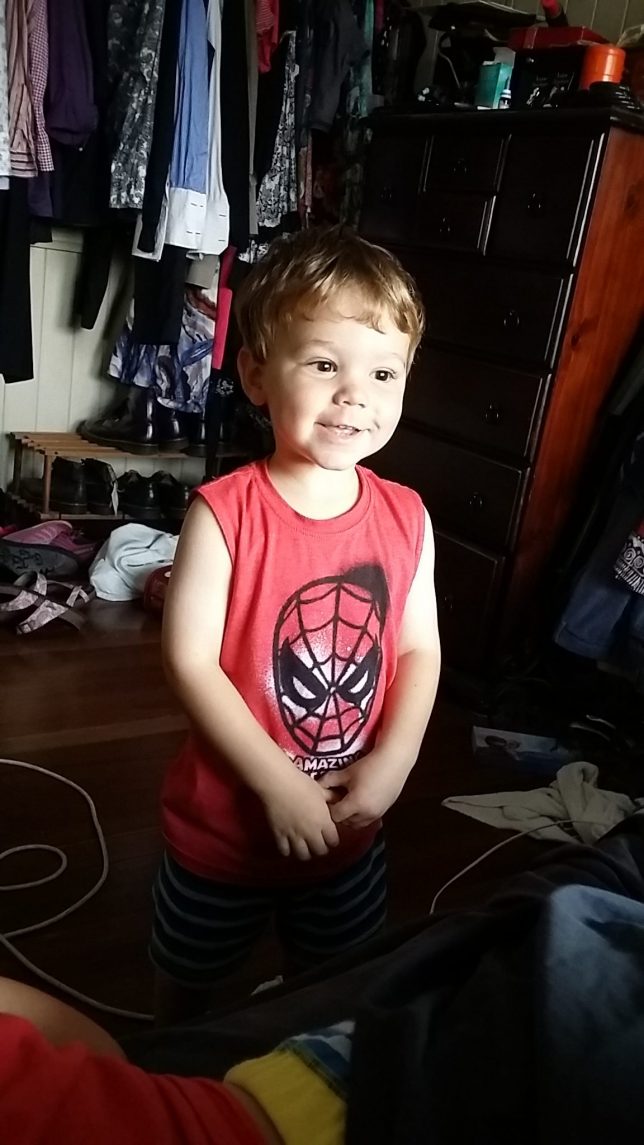 It’s kind of a mix between when you tell a kid to “freeze” and they open their eyes really wide and grit their teeth in a smile. He does it when he knows he’s doing the wrong thing and we tell him to stop. Like yesterday morning when he was putting a comb in the pedestal fan blade protector while it was running. Every time we’d tell him to stop he would pull that face.

He was also doing it while we had the neighbours over for dinner and he kept throwing his cup off the deck and then saying “cup fell off”.

He is just such a clown. 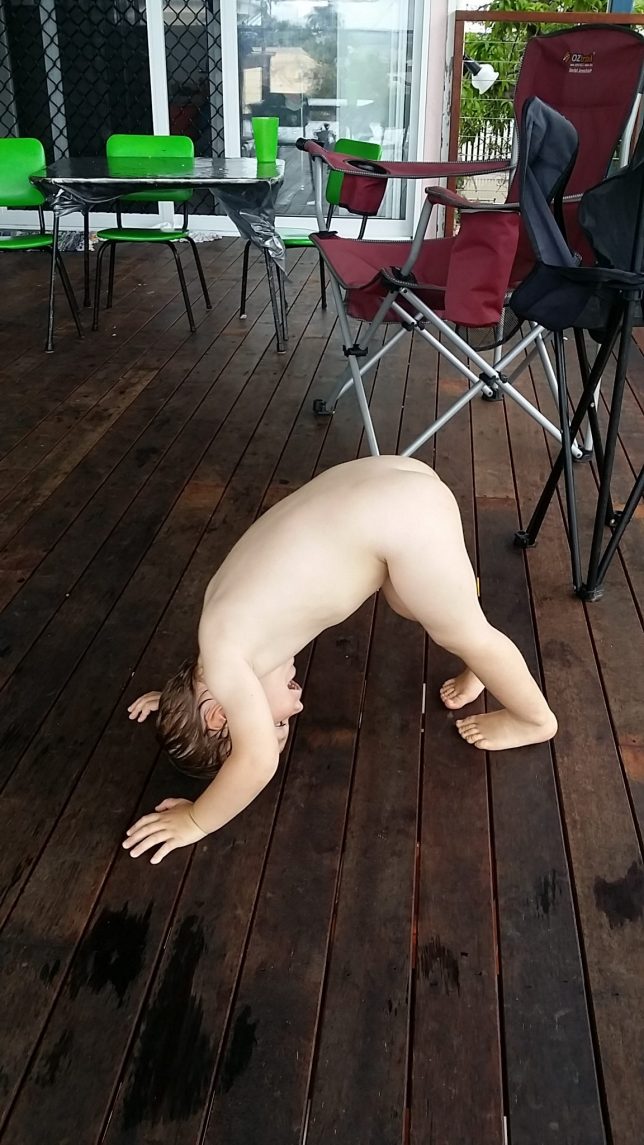 Naked downward facing dog on the deck? Why the hell not!?