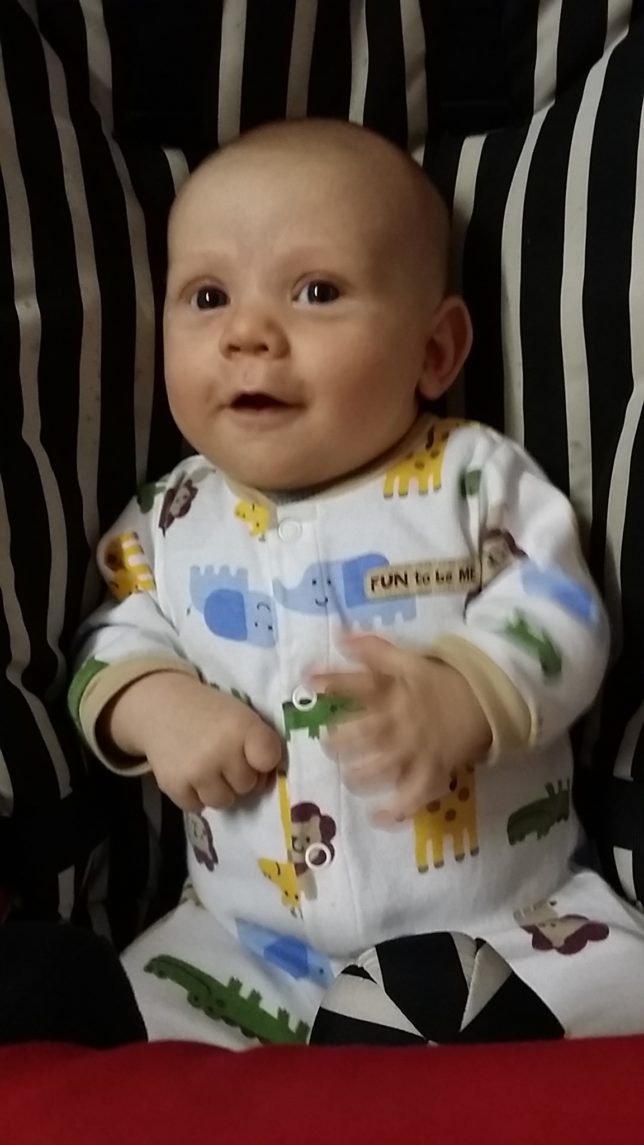 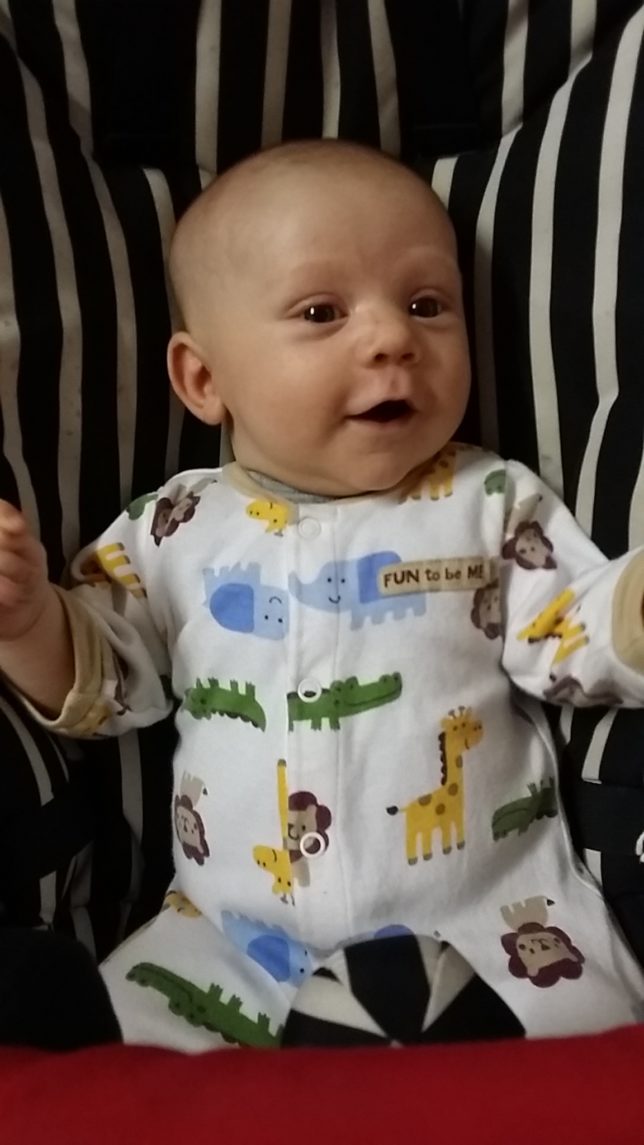 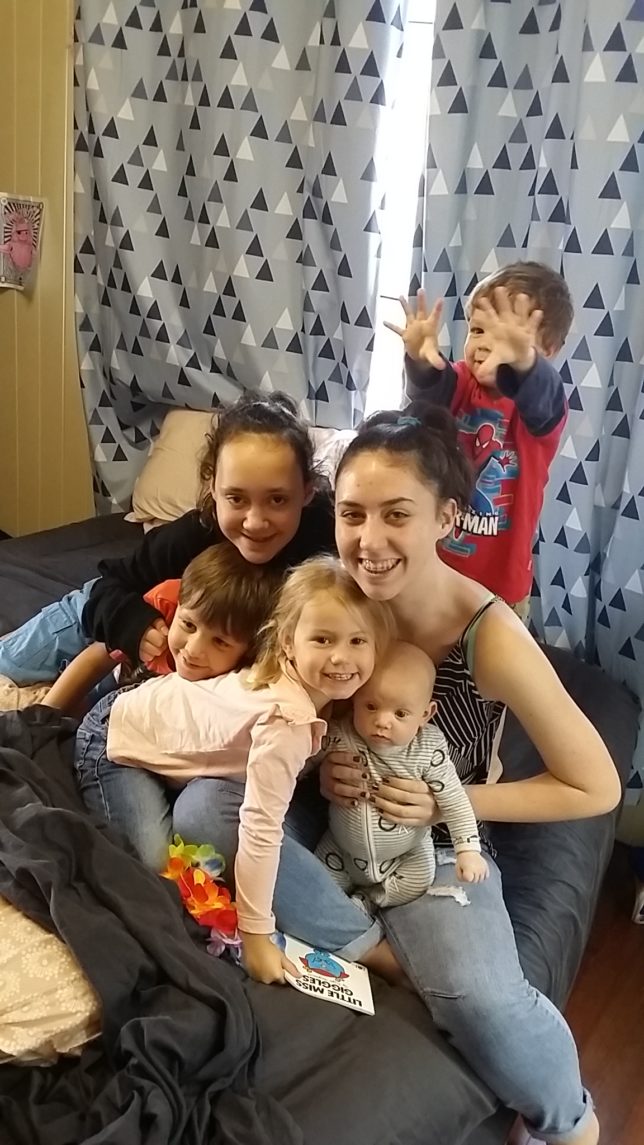 Holy moly this little angel is treating his Mama so well. He sleeps. He feeds. He makes cute baby noises. He is making this baby thing feel like a walk in the park compared to having a 2 or 4 year old or 6 year old (and all of the above!)

A typical day sees him wake up between 5 and 6am for a big feed, then he’ll sleep til between 7 and 8am. Then he’ll have another feed and be happy in his rocker while we all get ready around him. There’s no real routine for his day other than I feed him whenever he wants it and he has long and short sleeps. He usually has a 3 hour sleep in the afternoon and then he is awake til anytime between 7 and 9pm. I’ll feed him to sleep before 10pm and then he will either sleep through until 5ish or wake up at 2ish for a feed.

Also he does a huge burp and gets the hiccups after most feeds but it doesn’t seem to worry him. And he has started grabbing things. Like my necklaces.

Oh and most of the time I’ll just “put him in his rocker for a minute while I quickly do something” and he’ll put himself to sleep.

He really is a dream baby and we are all so so so in love. I truly thank God for him and my gorgeous kids and Hubs every single day. I’m such a lucky gal.